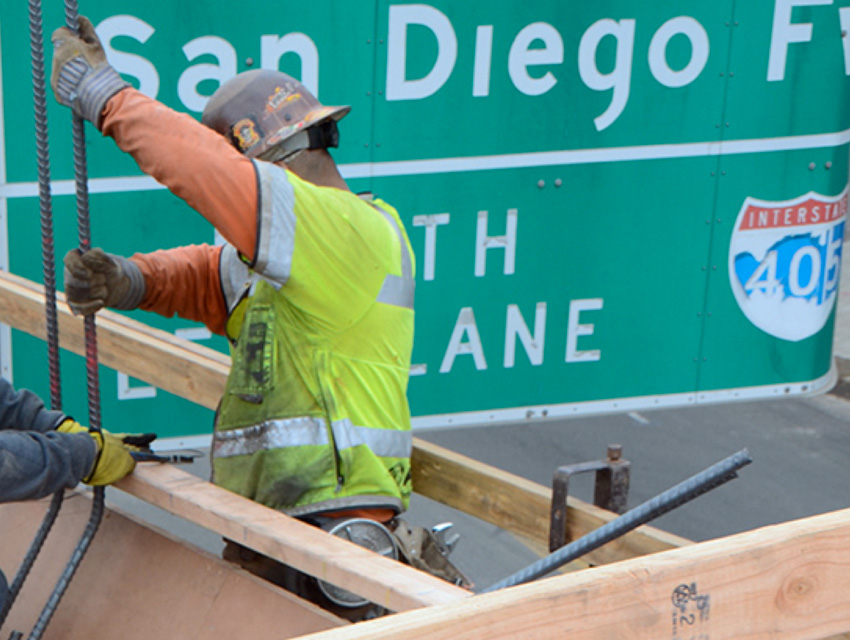 The “We Survived the 405 Neighborhood Block Party” was initially planned for 2013, postponed until May of this year, and then thrown on Saturday, despite the fact that a good chunk of Bel-Air remains affected by the $1 billion 405 project’s road and ramp closures. (Bel Air Bar and Grill Owner Susan Disney Lord has taken the five-year-old project like a trooper, but she wasn’t prepared to delay her party any longer).

The event served to remind neighbors that businesses like Lord’s, as well as a pizza restaurant, nail salon, dog groomer, gas station, and dry cleaners, were open and easier to reach now, though periodic closures remain as the project continues to wrap up (it sort of ended in May, when the new northbound carpool lane began operating). “They’re never going to proclaim it over,” Lord told the L.A. Times, “and we so badly needed a party.”

The project, officially called the I-405 Sepulveda Pass Improvements Project, has had mixed results. Ostensibly, carpoolers should be able to move up and down the Sepulveda Pass more quickly, and soundwalls block out the constant thrum of traffic. But those soundwalls also block drivers’ views of Bel-Air shops and traffic has not gotten much better, and may have grown worse.

Guess we’ll have to look on the bright side: Eventually the 405 project will end completely, and we may have a subway underneath the Pass… in 2039.