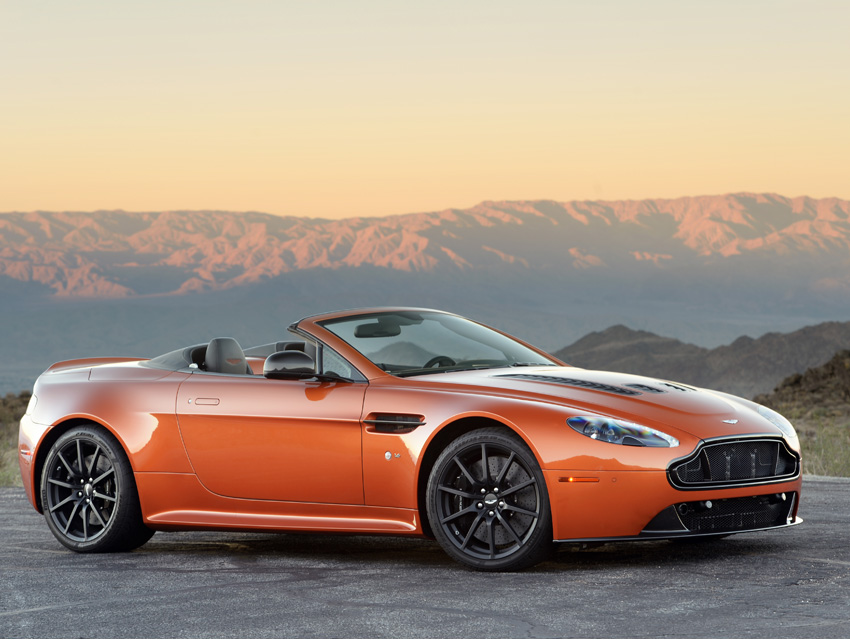 As British brands go, Aston Martin has had some serious highs and lows—from glamorous ties to a certain tuxedo’d spy to flirtations with bankruptcy, the folks at Aston have endured more than their share of tumult. While they’ve earned the unofficial calling card as having the most reliably gorgeous lineup in the market, their styling has remained—well, for better or worse, reliable.

Their latest creation comes at a crossroads for the company, on the heels of new owners, a new CEO, and a new partnership with Mercedes-Benz’s high-performance AMG division that promises to shake up their famously traditionalist drivetrains.

Driving a strikingly pretty Madagascar Orange Roadster top-down through the undulating landscape of Palm Desert and Borrego Springs, the V12 S felt like the world’s most expensive hair drier—fleet, fun, and focused. While the adaptive suspension was capable of filtering out a few of the road’s infrequent imperfections, the car’s predominant demeanor was fiercely taut, which enabled it to grasp the two-lane blacktop with surprising tenacity. Wind noise in the supple, carbon fiber-lined cabin was relatively scant, all the better to hear the triumphant burbles and cackles of the hulking engine.

The curious thing about cars like the V12 Vantage S Roadster is that when it inevitably switches over to a more future-friendly powertrain, it will become even quicker and more fuel efficient—and quite possibly, less visceral, due to the inherent characteristics of turbochargers. Whether you view the current model as a relic of the past or an instant classic depends on your perspective, but one thing is certain: this is an automotive instant in history to be savored while it lasts.

The 200 mph Aston Martin Rapide Isn’t Practical, But Who Cares?