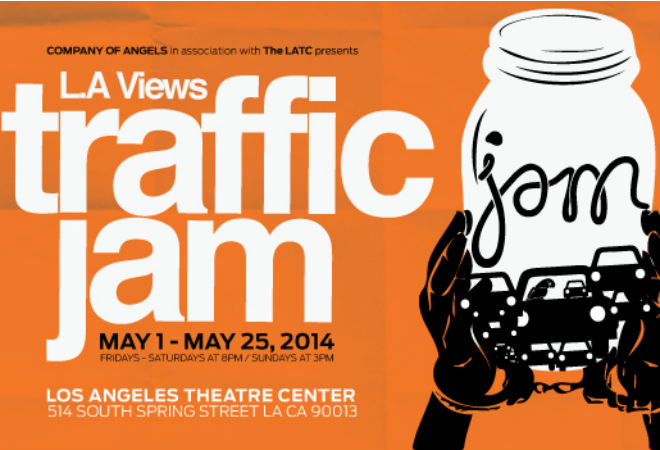 Once a year, the Company of Angels Playwrights Group presents an L.A.-centric festival. This year’s theme hit close to home: traffic. L.A. Views: Traffic Jam comprises eight mini-plays written by both novice and established Los Angeles playwrights with transportation on the brain.

“It’s about embracing the metaphorical tentacles of traffic,” said one of the festival’s producers, Armando Molina. “The works are about traffic in the broadest sense.” One of the plays depicts historical California land-owners Van Nyus and Sepulveda meeting to talk property, while another is about a little girl who refuses to ride in a car to the zoo because she says it makes her feel like she’s trapped in a cage. Humans play Highland Park parrots flying over a packed 110; a man from the 19th century finds out about an affair between his friend and his wife while filming traffic on Spring Street. This isn’t your average afternoon stuck on the 10.

“We didn’t interpret traffic as just two people sitting in a car talking,” said Molina. “It’s so much more than that.”

L.A. Views: Traffic Jam runs until May 25 at The Los Angeles Theatre Center. Tickets can be purchased on the Company of Angels Web site.