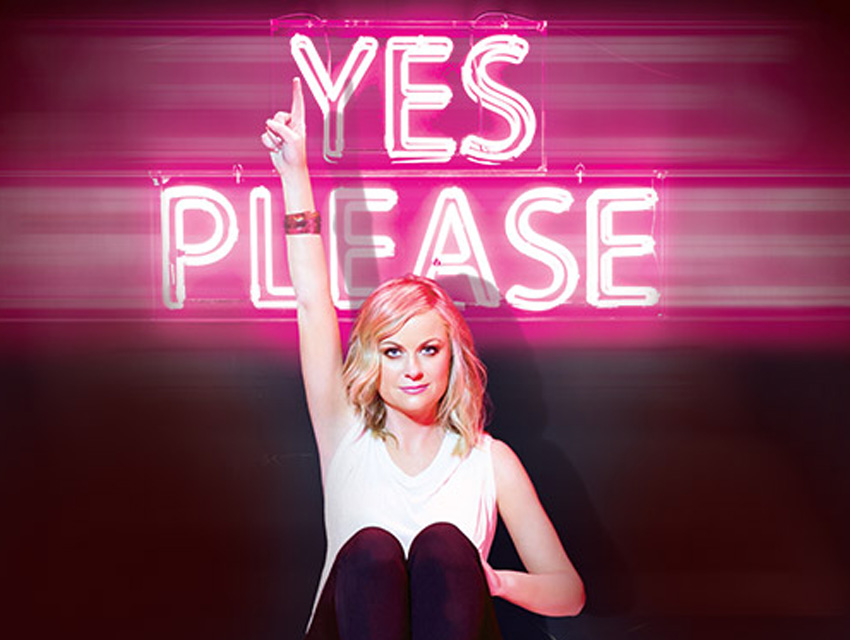 The title of Parks and Recreation star Amy Poehler’s first book speaks for itself. Would you like to enjoy honest, hilarious, relatable life stories? Yes Please! And would you like to gain insight on what it’s like to work up from the middle school class clown to Saturday Night Live superstar? Yes Please! Okay, but would you also like Patrick Stewart to read you a haiku about plastic surgery? Do we even need to answer?

Poehler has orchestrated an entertaining, well-paced audiobook that shows what a dedicated performer she is, even when playing the role of narrator. Unlike some recordings that start to drone on and lose momentum, Yes Please! reflects the joy that Poehler clearly derives from creativity. The audio presentation is so fun, it may be better than sitting down with the hardcover. Poehler understands that she has an audience, and, in a way, her high energy and thoughtfulness act like a thank-you for listening. This graciousness (and, of course, the well-timed jokes and intimate anecdotes) make Amy Poehler a top contender for Best Commute Buddy Ever. If there was a plaque, we’d present it now.
An improv veteran who is obviously a fan of teamwork and surprises, Poehler doesn’t read her whole book all by her lonesome. Carol Burnett, legend of legends, lends her voice. When Poehler mentions she hopes to sound like Kathleen Turner when she gets older, Turner herself makes a cameo. When Poehler needs to explain her rise to fame on SNL, but is too humble to do it herself, Seth Meyers reads a touching essay about his experiences working with her.

In one particularly funny tale, Poehler satirizes the ridiculous questions that people asked her as she prepared to give birth to her first baby. “We considered a home birth,” she shares in a deadpan voice, “but we just got our hardwood floors redone.” In the following chapter, she asks her own mother what pregnancy was like in the ‘70s—turns out there were a lot more drugs but way less awareness about post-partum depression back then. Poehler milks the comedy, but this book has depth.

At seven hours and 31 minutes, Yes Please! will have you covered for over 400 miles (and/or a week of sitting in standstill traffic). The only downside to purchasing the audiobook is that it does not come with photos and handwritten notes that are included in print versions of the book. Honestly, to have the personality in Poehler’s voice in the car with you is worth missing out on a few polaroids.

Yes Please! is available on Amazon for $17.14 (possibly the most random price on the planet), or for free when you start an Audible account.