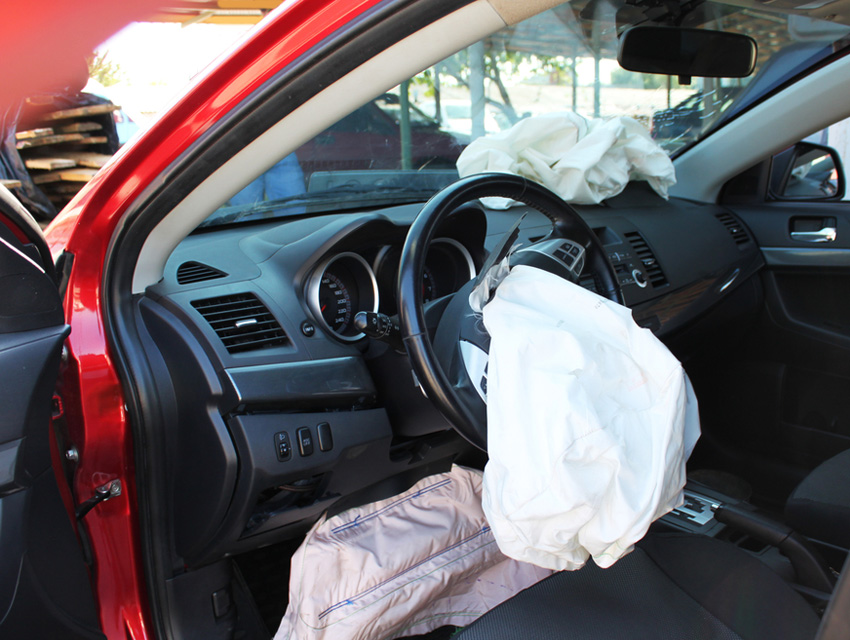 In case you hadn’t heard, there’s a massive airbag recall going on. The issues derive from a Japanese supplier named Takata, which produced some bags with defective inflator parts that have been known to expel shrapnel (ouch). The recall began in April 2013, moved to Toyota vehicles in June of this year, and expanded this year with more recalls from the National Highway Traffic Safety Administration (don’t fret too much; the defective airbag parts seem to malfunction nearly exclusively in humid places like Florida and Hawaii).

The recall reminds us what an amazing invention airbags are. A new video from the internet’s “Slow Mo Guys” demonstrates the brilliant use of math and science that allowed airbags to inflate fully in 1/25th of a second, and manage that feat without blowing up in drivers’ and passengers’ faces (there are holes in the back that relieve pressure). Check out the video below.

Here’s a brief history on airbags: A retired scientist named John Hetrick got the inspiration for the safety feature more than 60 years ago after a near-fatal car accident in Pennsylvania (blame a deer). He filed a patent for his “safety cushion” in 1952, but it wasn’t until the late ’60s that Mercedes-Benz began seriously developing such features. New Jersey mechanical engineer Allen Breed would invent a crash sensor in the ’60s that would make the airbags possible; he also helped create an airbag that vents as it inflates, which made them actually safe to use. It was the Oldsmobile Toronado that became the first car with a passenger airbag, way back in 1973. Dual airbags would soon be offered by Buick, Cadillac, and Oldsmobile, but most cars wouldn’t be outfitted with the “cushions” until the 1980s. It’s estimated that full-frontal airbags have saved over 30,000 lives.