Home Uncategorized Adult-Proof: Road Trip Games That Are Too Hard for Grown-Ups 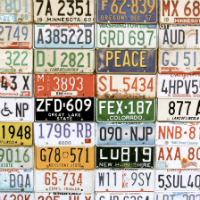 Remember when you were a kid, and your parents had an arsenal of road trip games that added up to hours of backseat fun? Eye Spy, 20 Questions, Who am I? Oh, to be so easily entertained. Then again, some of these “games” weren’t games at all, but rather education masquerading as amusement. As adults, we’re too smart for such chicanery—but are we smart enough to still play these games? They’re a lot harder than you remember:

All the Presidents Men Can you name all 44 presidents chronologically? How about alphabetically? What number was Zachary Taylor? (No, he’s not a Disney child star.) Too hard? OK, just answer this: Who comes after Thomas Jefferson? See, you can’t even get past number three! Photograph courtesy quickblogcast.com. Unless you remember this song, remembering the capitals of each state becomes nearly impossible after the age of 21, when your memory of elementary school lessons have been fogged by keggers and clubs. What state does Lansing belong to? What about Pierre? Or Salem? And no, the answer is not Massachusetts. Photograph courtesy shutterstock. Math? What fun! Remember adding license plate numbers till you arrived at 100? Say the license plate in front of you read TIS9963, you had five seconds to add “9-9-6-3” and say the answer. Come on! It’s 27. Sure, that’s easy, but now the next player had to do the same with the next car that passed, and then add their total to yours. You kept doing this, player by player, until you reached exactly 100. Not 98. Not 101. 100. In particularly cruel versions of this game, going over 100 means starting again from zero. Pass the calculator, please. Photograph courtesy shutterstock. Some of these “games” were challenging to even understand, let alone play. Remember this one? The first player names a state, and the next player has to say one that starts with the last letter of the previous player’s state. Got it? For instance, player one could say Montana, and player two could say Arkansas. And then player one should just give up, because that’s what your impatient grown-up self is going to do, anyway. You’re too smart for this nonsense. Photograph courtesy shutterstock