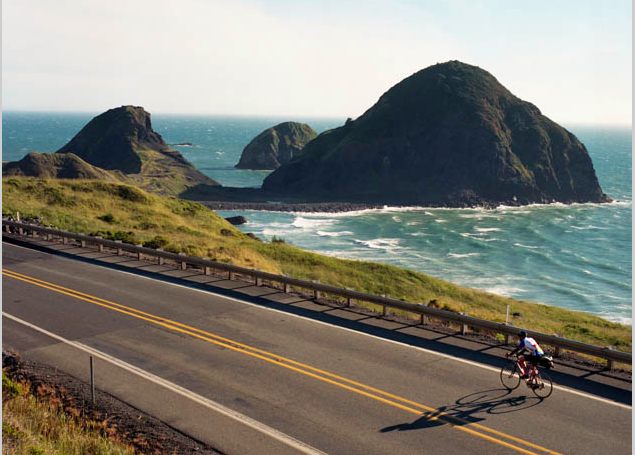 When traffic is light on PCH, driving can be somewhat terrifying—high speeds often lead to catastrophic accidents (ask Bruce Jenner). Biking is no different. Even if cars don’t drive cyclists off the road, the force created by their high-speeds can manage that feat.

While cycling around Malibu will never be a pleasure cruise, it will be easier now that a two-mile bike lane was installed on eastbound PCH; it’s Malibu’s first-ever. Running from Busch Drive to western Malibu city limits, and through Zuma Beach, the bike lane makes it clear that deference must be paid to two-wheelers.

Funded for by Metro, Caltrans, and the city of Malibu, the seven-mile Pacific Coast Highway Bike Route Improvement Project allowed for intersection improvements, new signage, and striping. The new set-up places parked cars closer to the edge of the highway, though there is still the risk of cyclists getting “doored” by people exiting cars. Regardless, it’s a net positive for the many folks that like to brave the PCH on a bike. Malibu is even considering adding more miles of bike lanes to their fair city, according to a 2013 report picked up by Streetsblog.