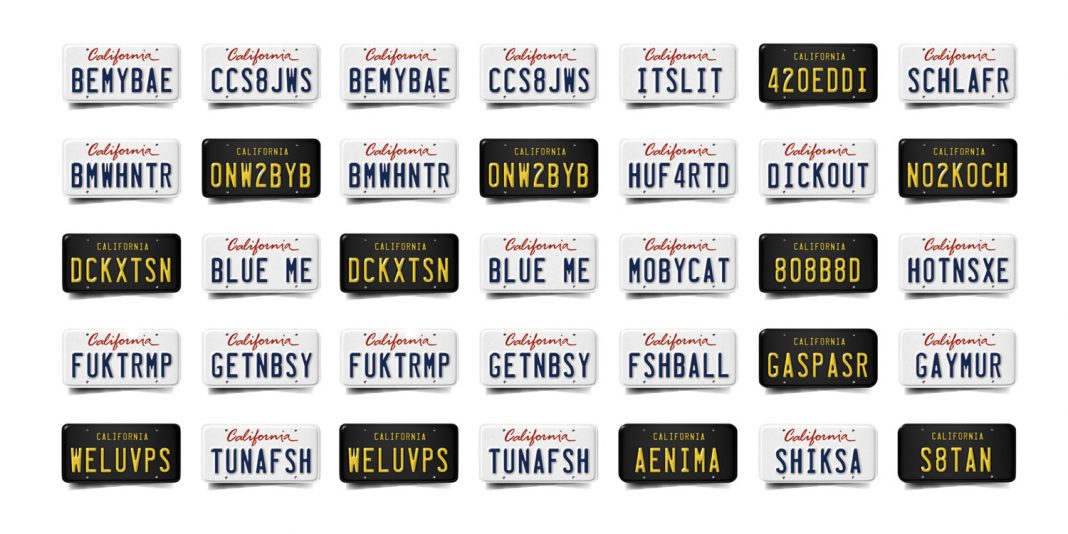 When a customer supposedly wanted to express his affection for his two children, Kyle and Sean, he applied for a vanity plate that read “KYLSEAN.” A sharp-eyed DMV staffer reviewing the proposed plate quickly raised an alarm. “Kill Sean!” he scrawled on the side of the application. Request denied.

KYLSEAN was one of 20,000 requests for personalized plates that the California DMV received that month, among the hundreds of thousands reviewed annually by the department. Applicants are required to fill out a form and list the personalized plate they desire, along with a brief explanation as to why they want it. Whether or not the plate sees the light of day falls to a panel of four beleaguered bureaucrats, who weed through the pile and ferret out requests that are racist, tawdry, or otherwise offensive. It’s a tougher job than you might think. Ever since vanity plates were introduced in 1972, Californians have tried sneaking all manner of sly euphemisms and overt obscenities past the department’s guardians of civility.

Official DMV policy rejects “any personalized license plate configuration that [carries] connotations offensive to good taste and decency.” Broadly, this covers anything with sexual, racial, or profane meaning—even if it’s unintentional. When one customer requested a plate inscribed with his last name, Moorehed, reviewers denied it for its potential profanity. Although the customer’s last name really was Moorehead, they explained, “it looks like ‘more head’’—a sexual reference.”

Helpful departmental guidelines also warn reviewers to watch out for words like “pink,” “monkey,” and “muffin”—all euphemisms for vagina—along with their phallic counterparts like “knackers,” “anaconda,” and “nards.” Any configuration with the word “hate” gets tossed as well. Porcine references like “pig,” “swine,” or even “oink” are also verboten because they’re deemed derogatory to police. More controversially, the guidelines instruct evaluators to pass on any plate with the word “Jew” in it—indicative of the word’s function as both an identifier and pejorative. (References to Christians, Muslims, and Buddhists are alright.)

There are exceptions, however. While “box” is generally rejected as a “vagina reference,” the DMV will allow it on a plate if the customer owns “a ‘Box’ type vehicle such as a Scion or a Porsche Boxster.” Similarly, only cars built in 1969 can use the number 69 on their plates.

As one of the most diverse states in the nation, California contains an expansive lexicon of offensive, lewd, and inappropriate words and cultural references. (Californians speak at least 220 languages—that’s 220 different ways to say “poop.”) But armed with Google Translate, Wikipedia, and Urban Dictionary, the DMV’s sentries gamely manage to weed out profanity in multiple languages, coded Nazi symbolism, and obscure internet acronyms.

Los Angeles obtained thousands of rejected applications after an official records act request. Here are a few of the more brazen, creative, and accidentally provocative plates, complete with the applicant’s explanation and the DMV’s response. 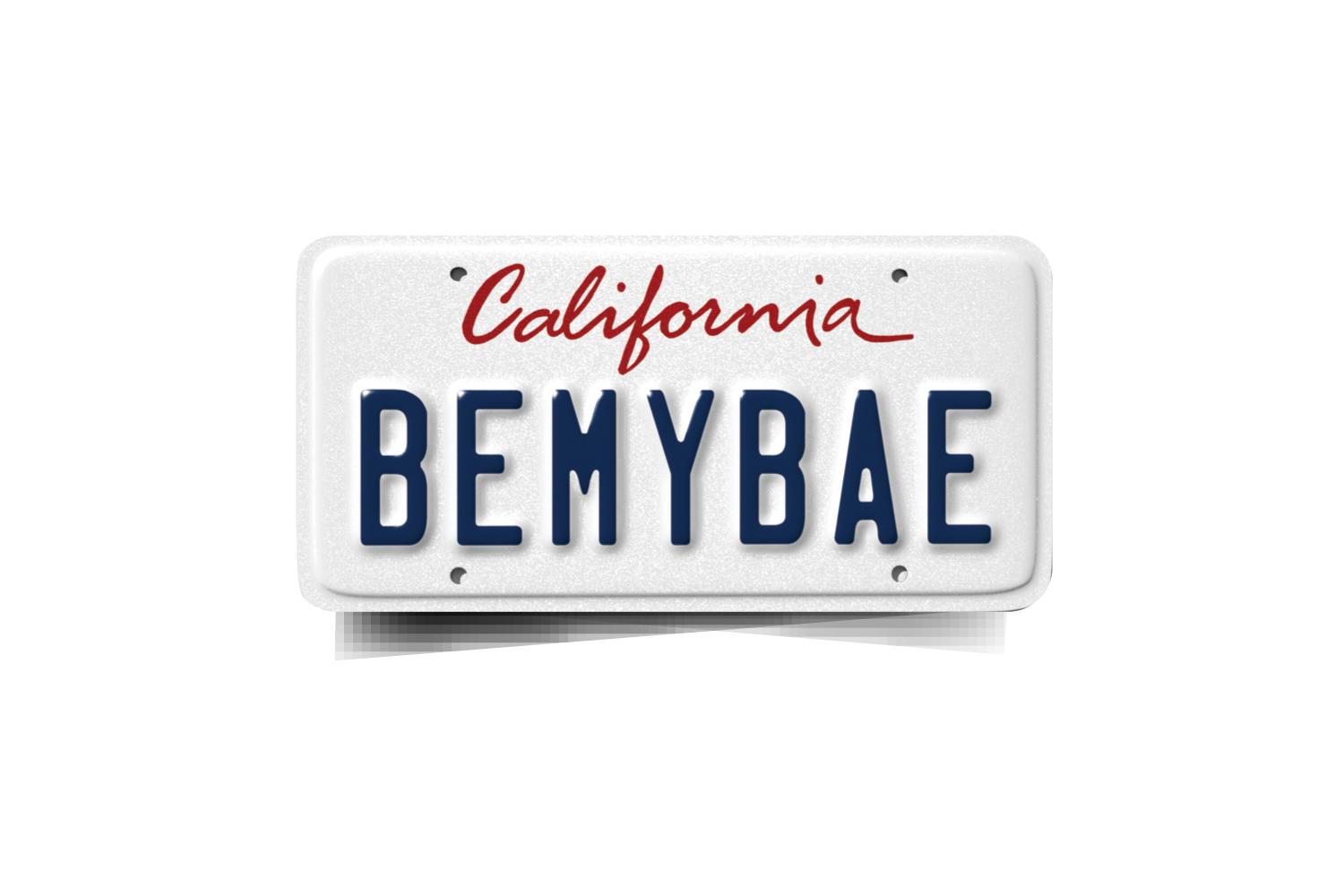 APPLICANT EXPLANATION: In remembrance of me and my girlfriend’s anniversary. Meaning be my bae, before anyone else.
DMV COMMENTS: Bae = poop in Danish.
VERDICT: No 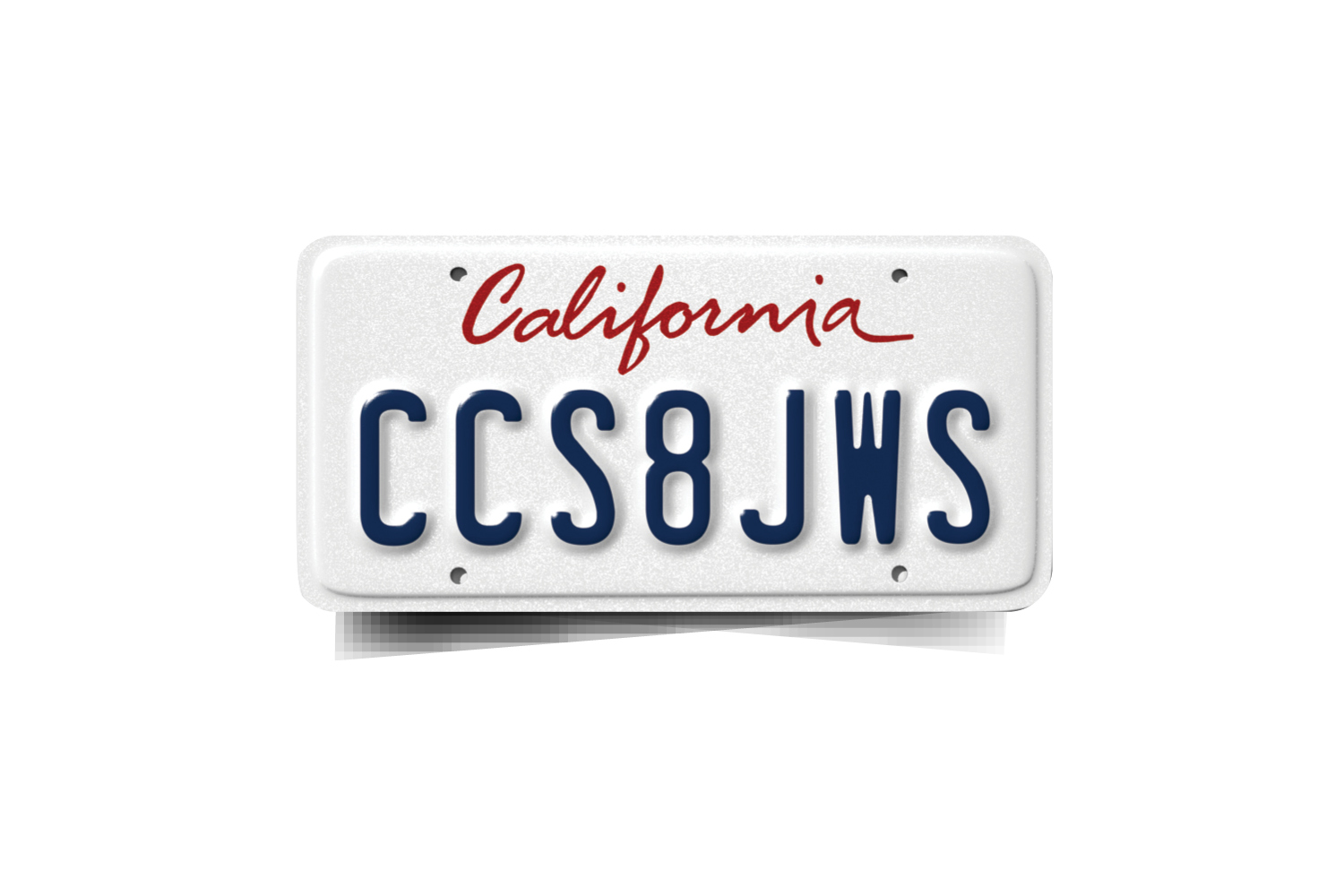 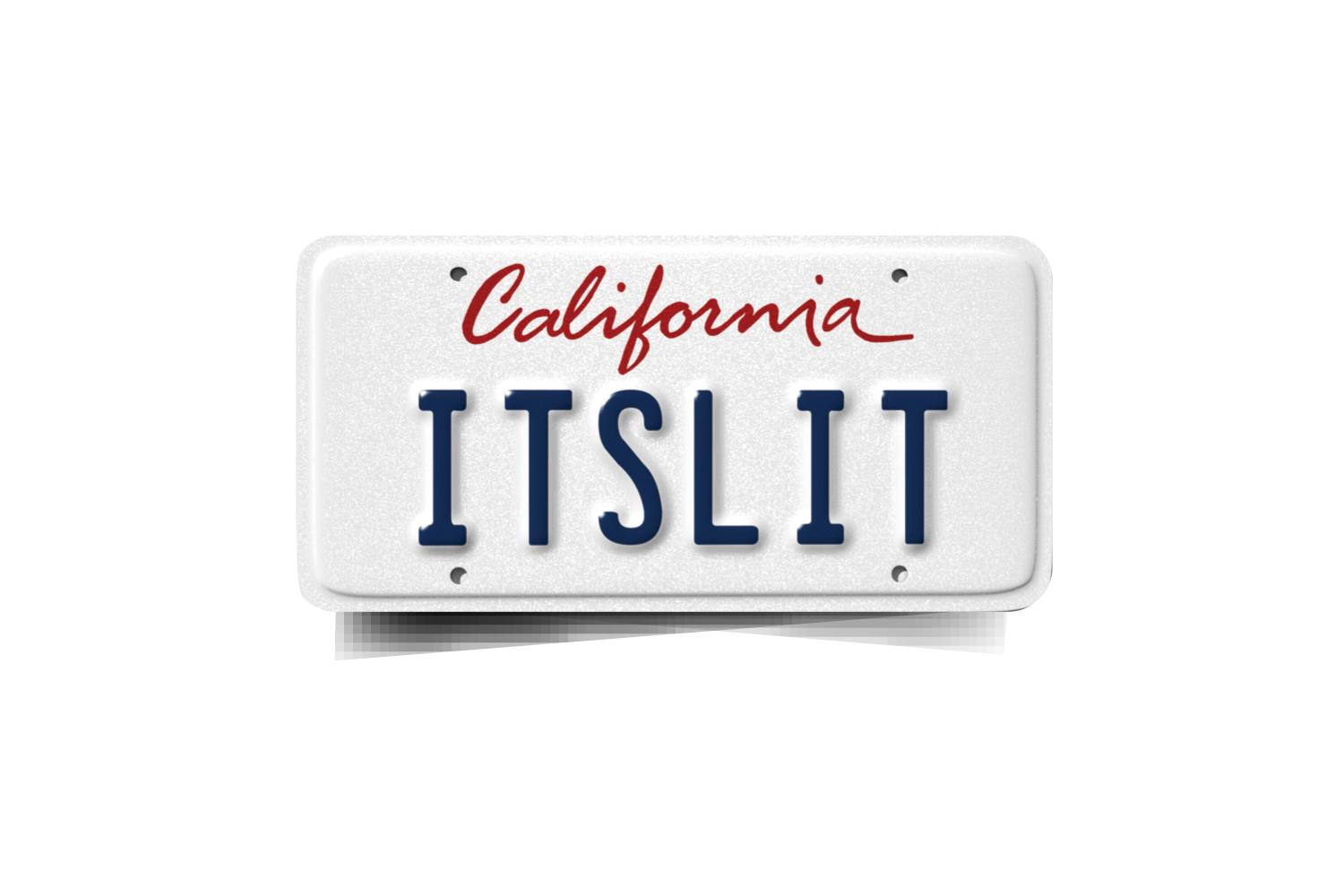 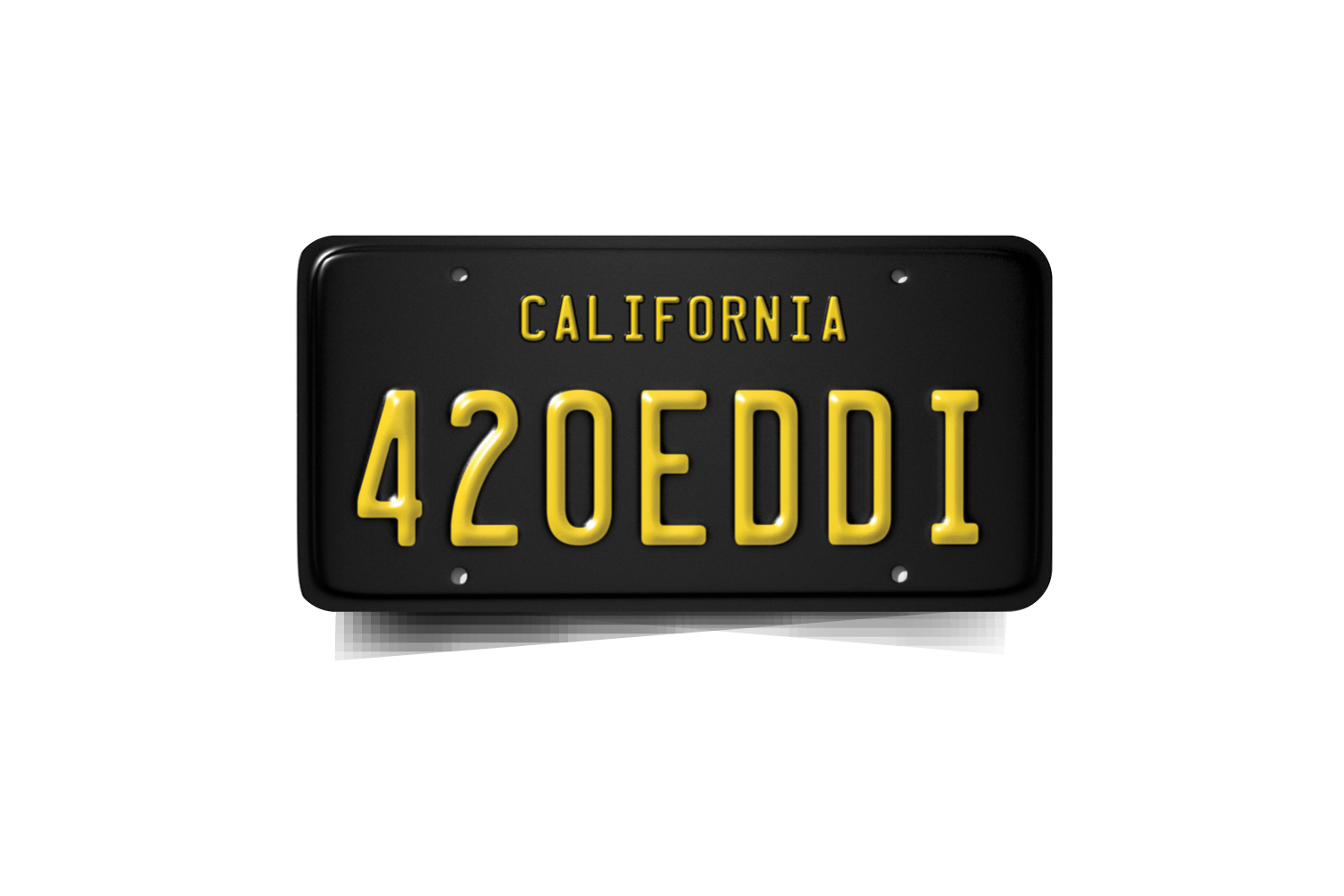 APPLICANT EXPLANATION: It has no meaning. I just want to get it because I like it. That’s it.
DMV COMMENTS: 420 = National Smoke Day; 4-20 = marijuana.
VERDICT: No 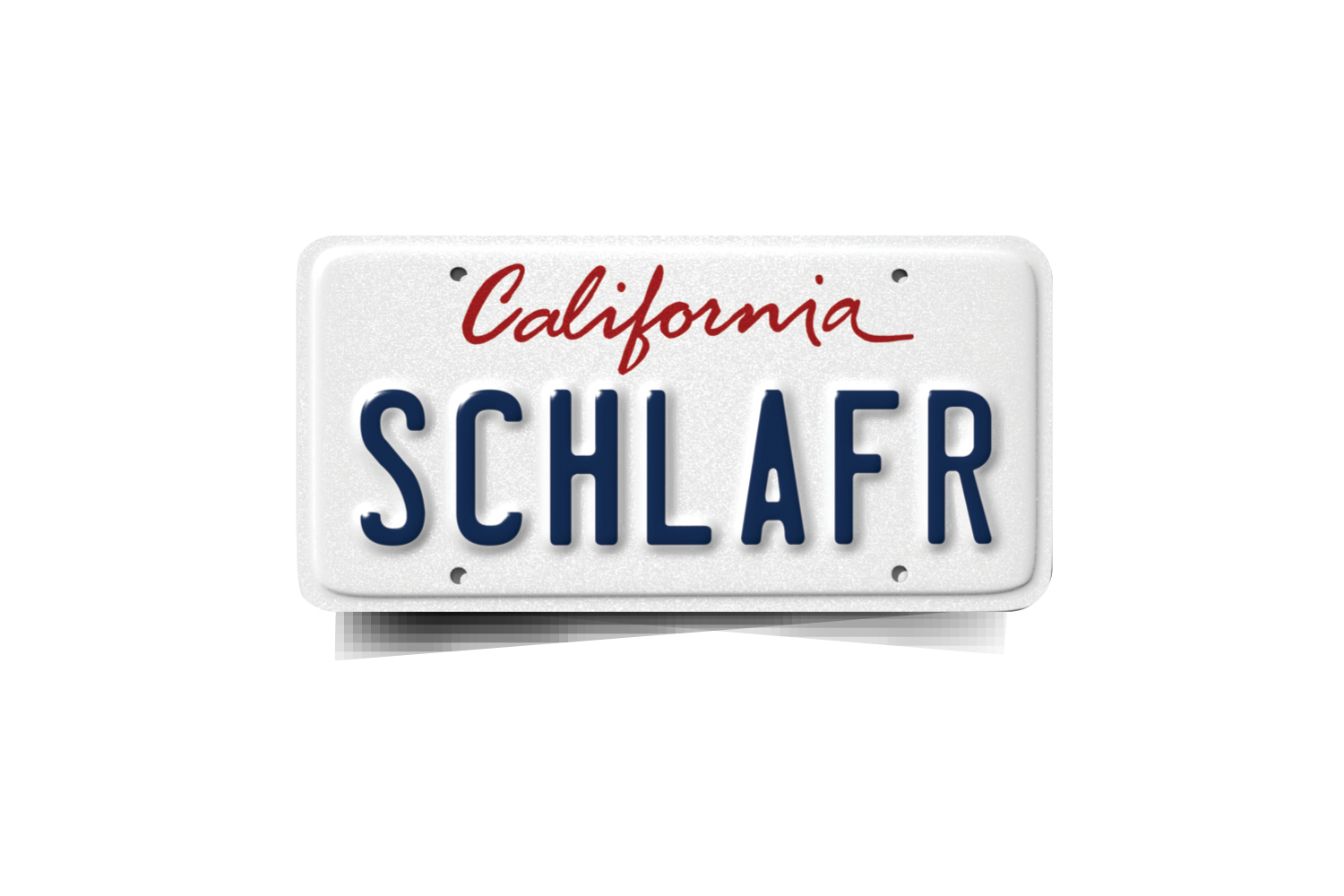 APPLICANT EXPLANATION: Schlafer is German for “sleeper.”
DMV COMMENTS: Also means sleeper in the sense of an inactive agent or terrorist (Wikipedia).
VERDICT: No 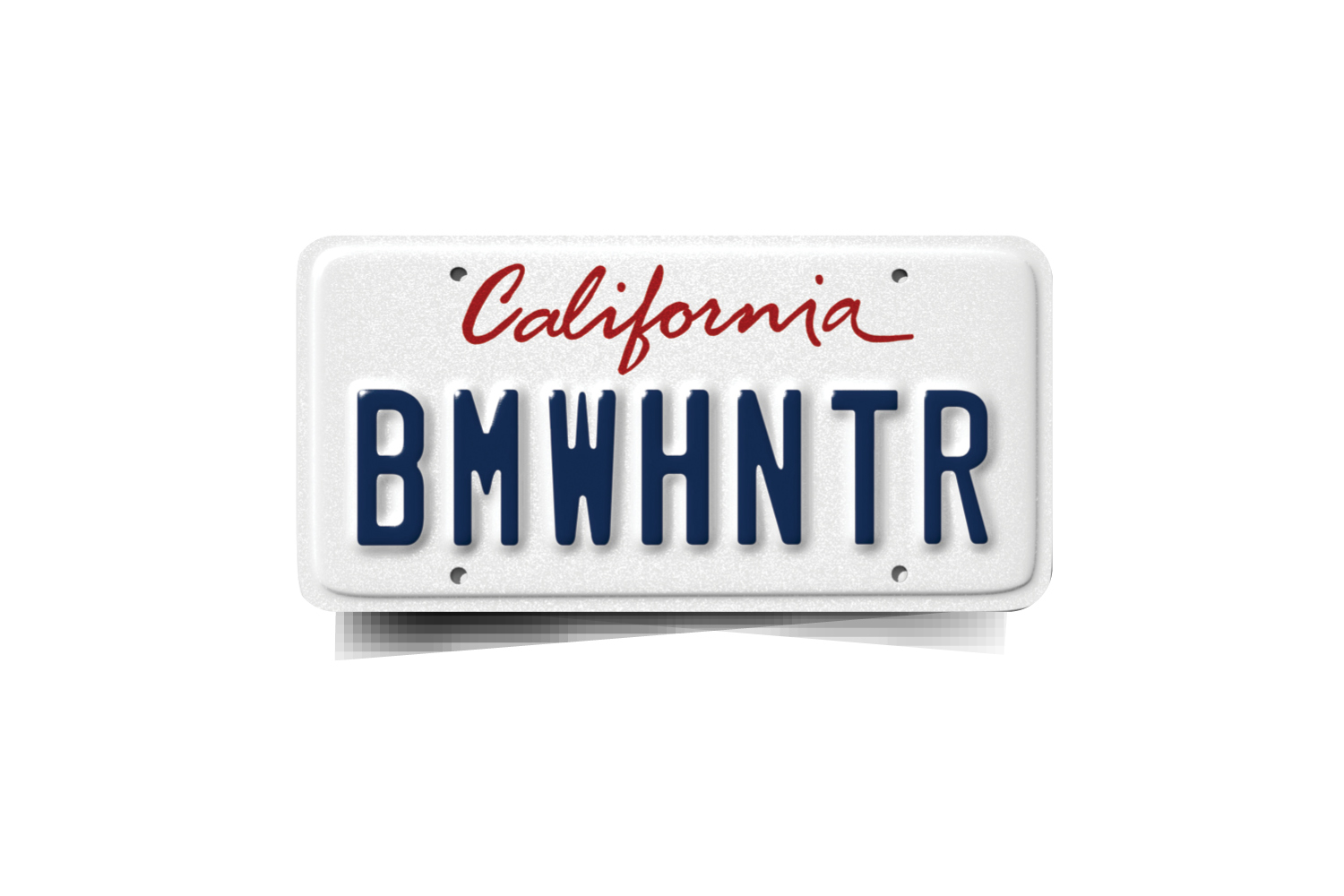 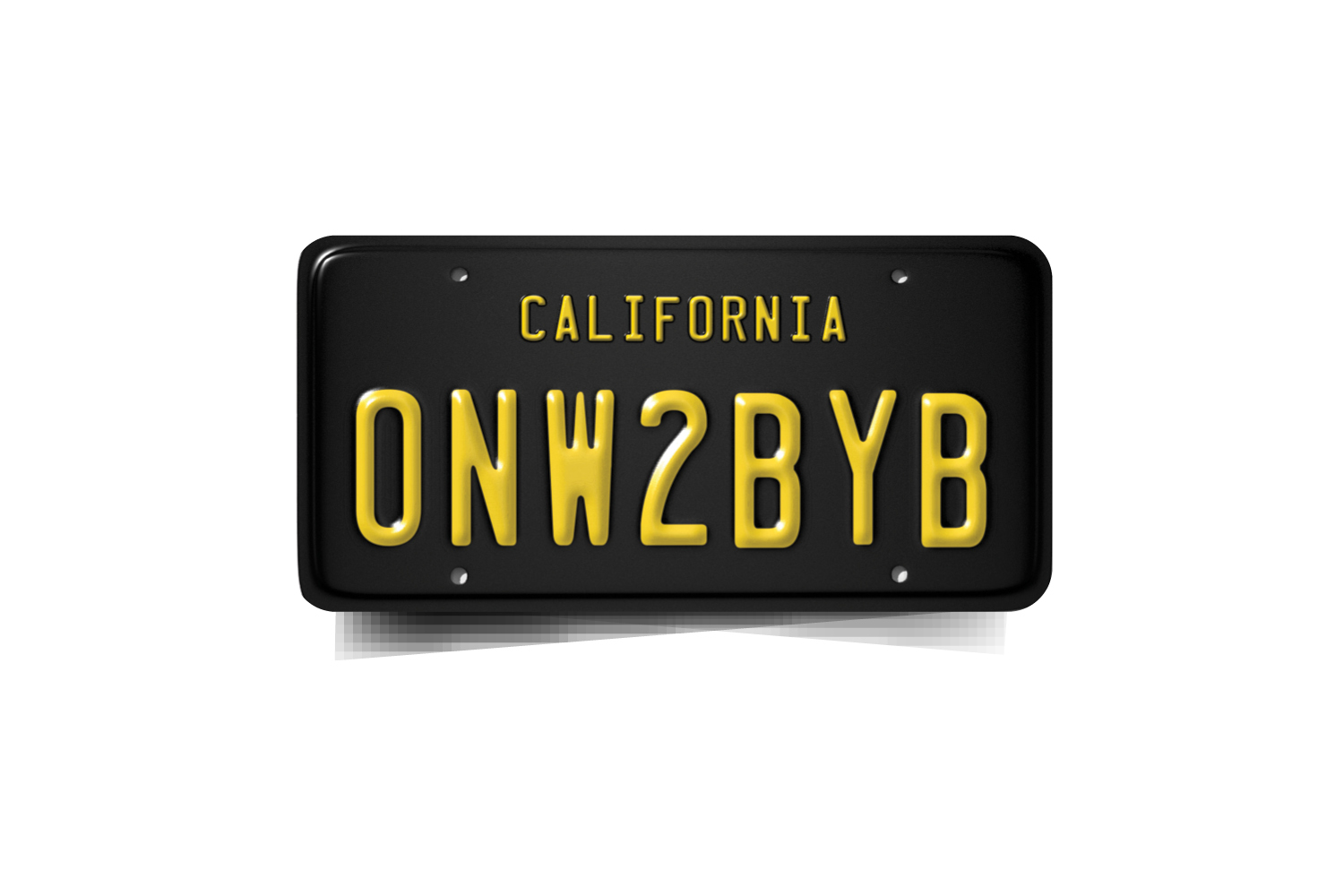 APPLICANT EXPLANATION: On my way to bang your bitch.
DMV COMMENTS: What he said.
VERDICT: No 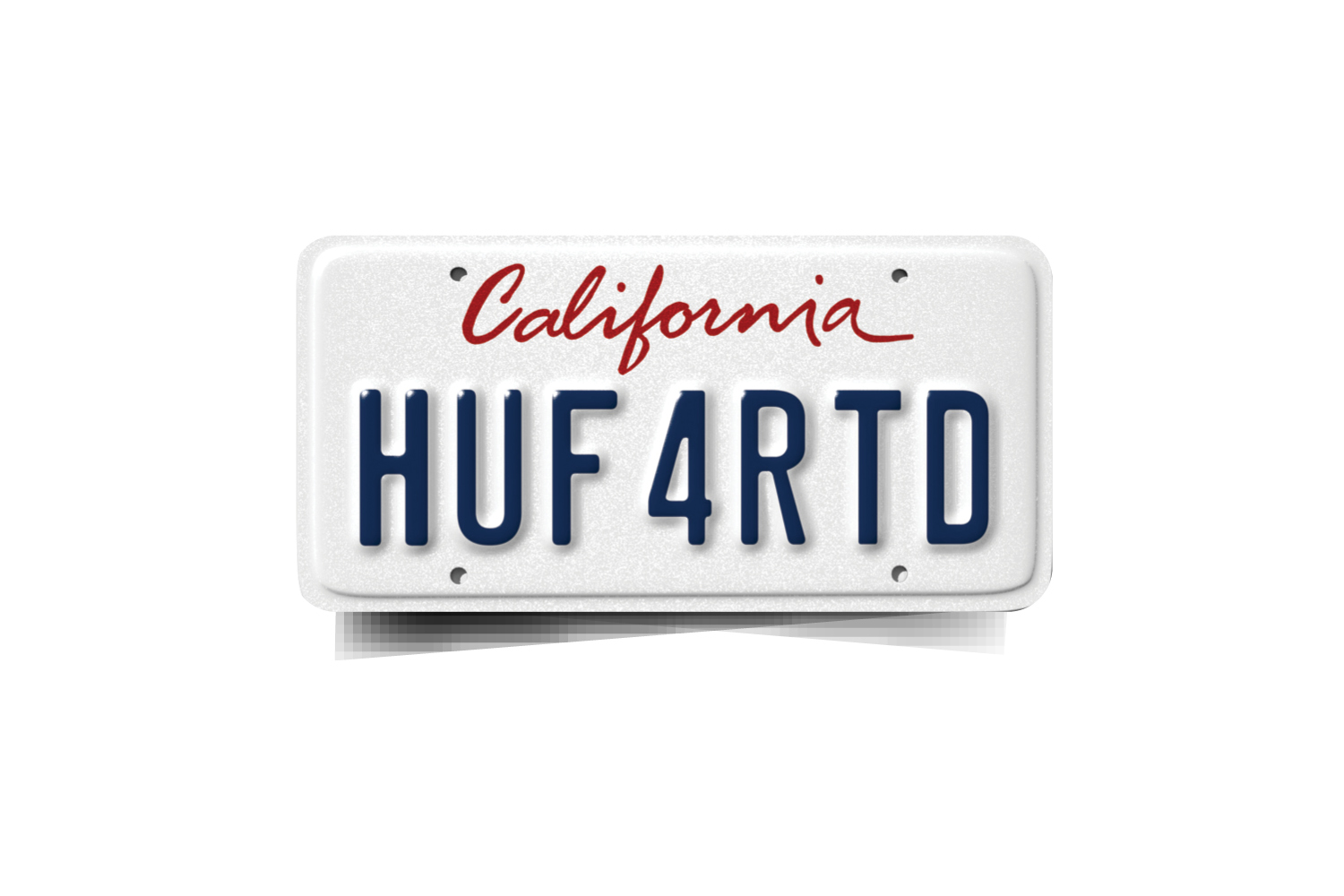 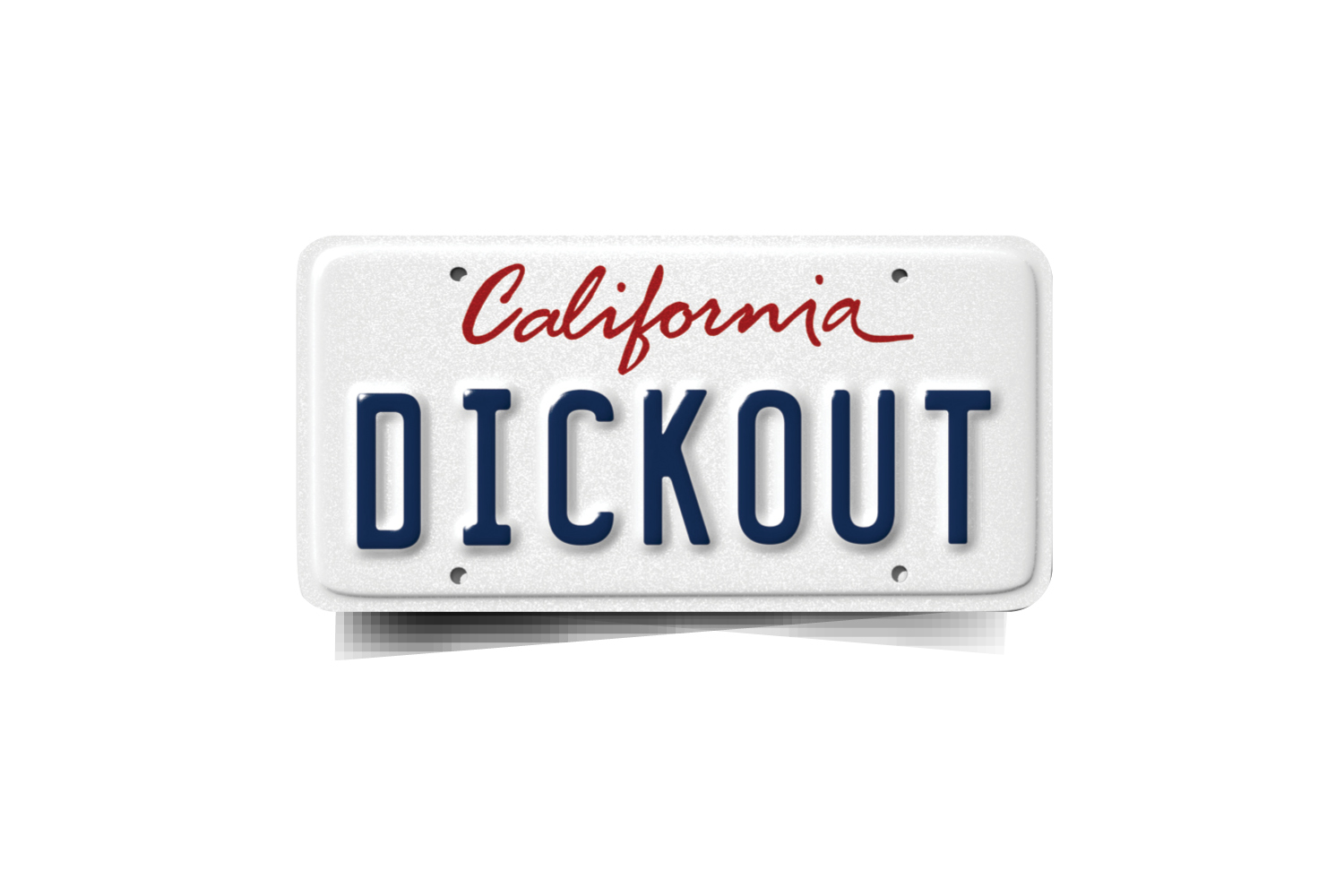 APPLICANT EXPLANATION: Celebration of my son moving out of the house.
DMV COMMENTS: Dick.
VERDICT: No 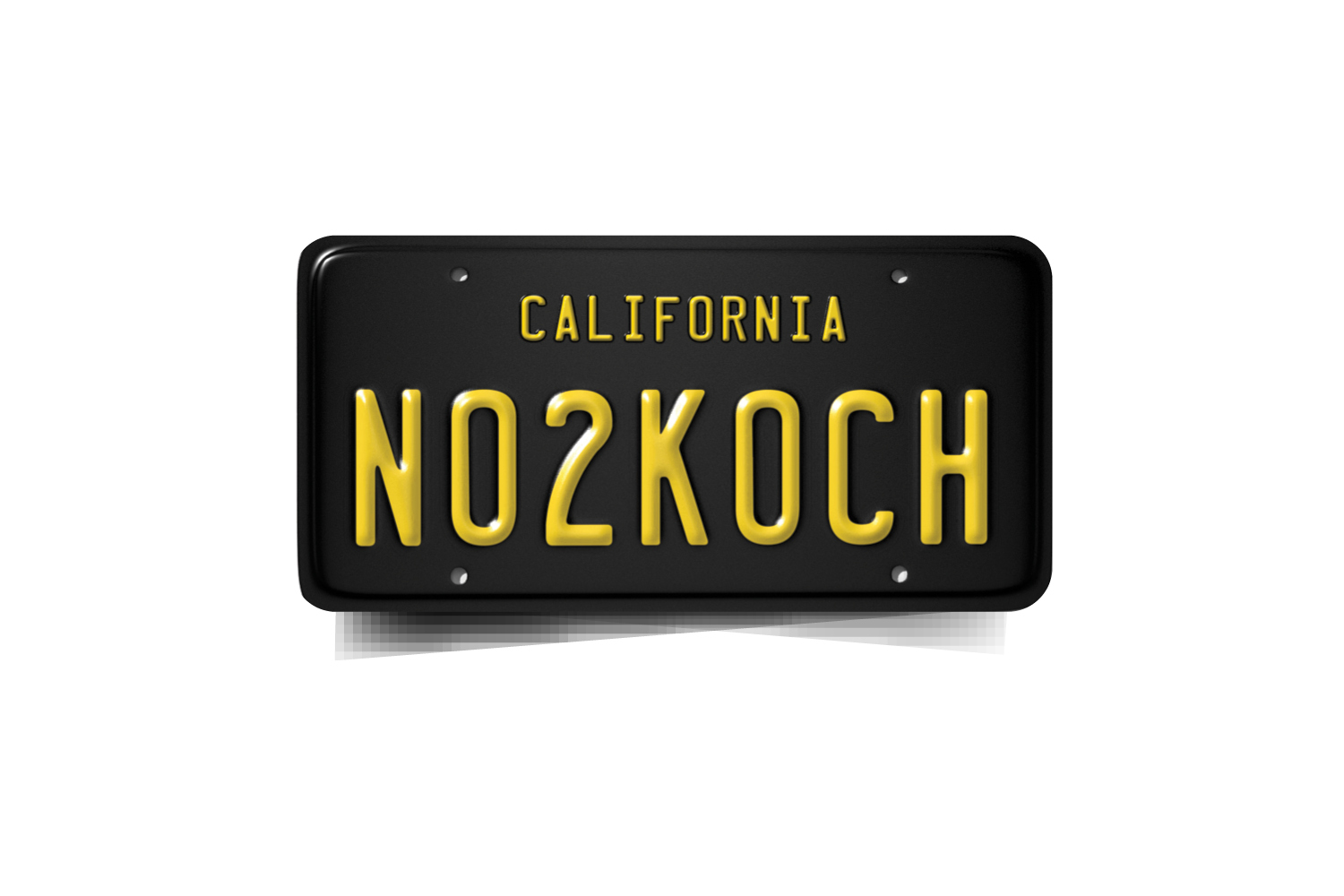 APPLICANT EXPLANATION: In support of climate change initiatives.
DMV COMMENTS: Looks like no to cooch.
VERDICT: No 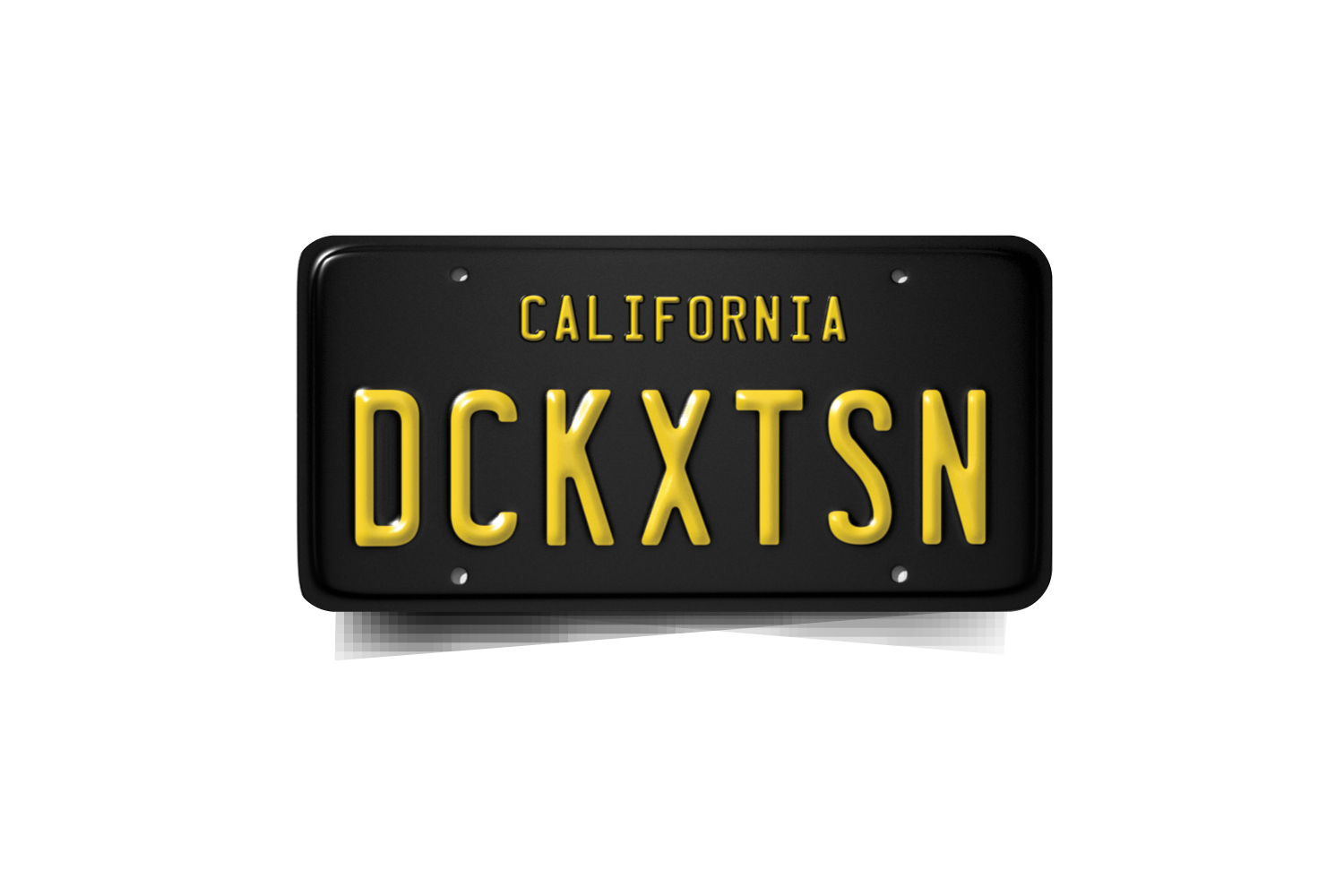 APPLICANT EXPLANATION: I’m the extension of my dad. My father’s name is “Dick” and I was named after him.
DMV COMMENTS: Dick extension. The customer’s name is Brant.
VERDICT: No 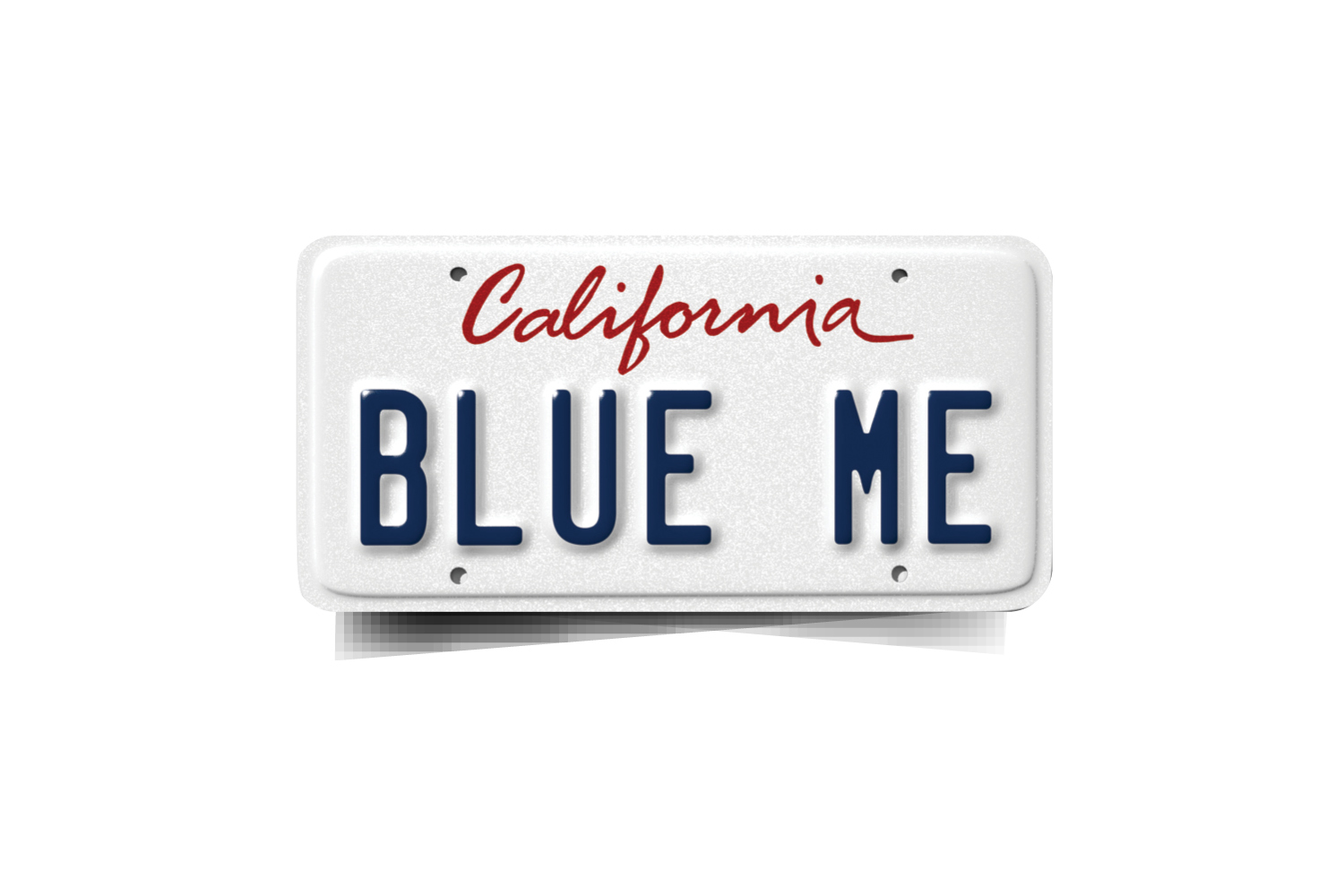 APPLICANT EXPLANATION: Sad time in my life and my car is blue.
DMV COMMENTS: Blew me.
VERDICT: No 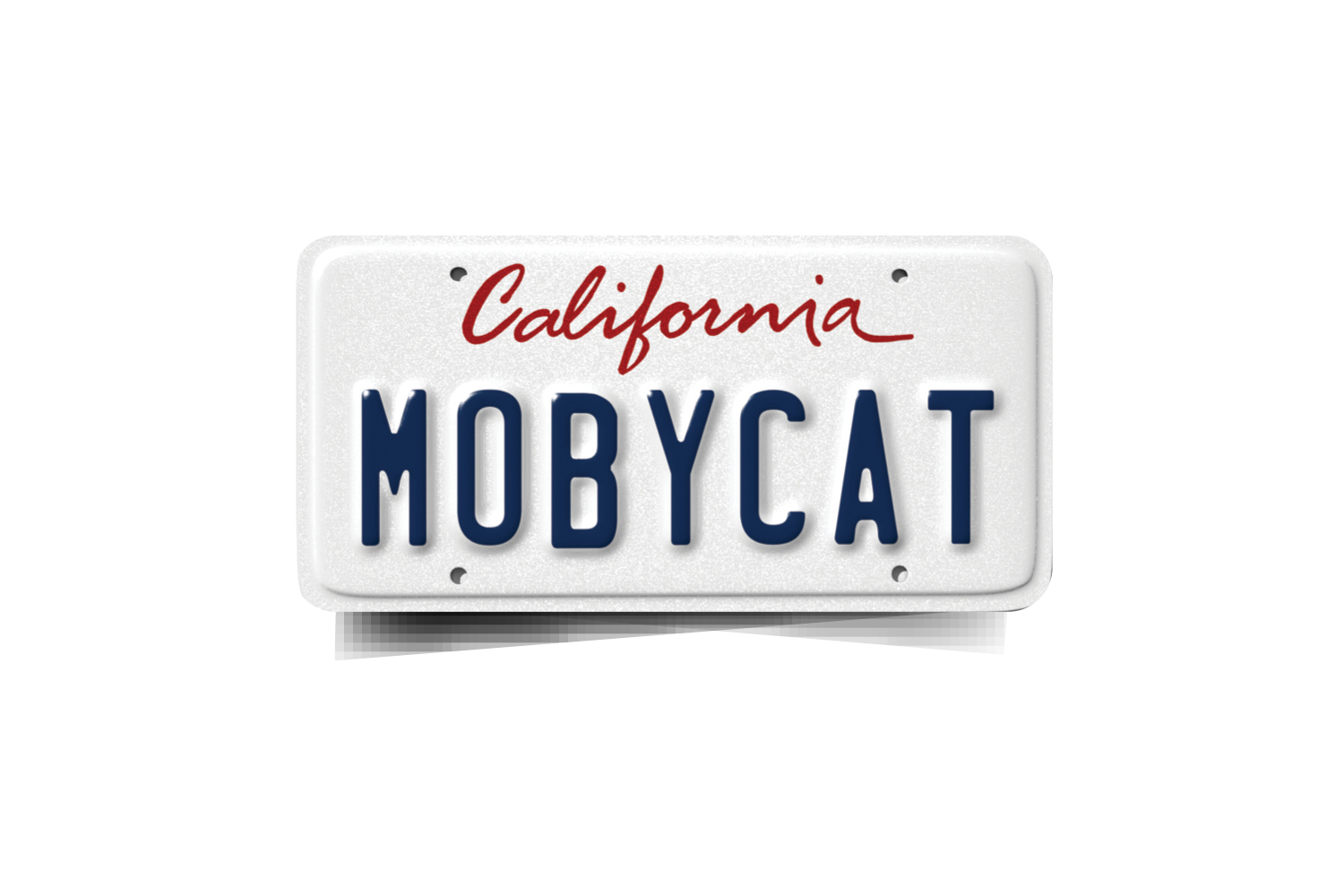 APPLICANT EXPLANATION: I have a white cat named “Moby.” I want to name my white car after her.
DMV COMMENTS: Moby dick . . . Moby cat . . . vagina?
VERDICT: No 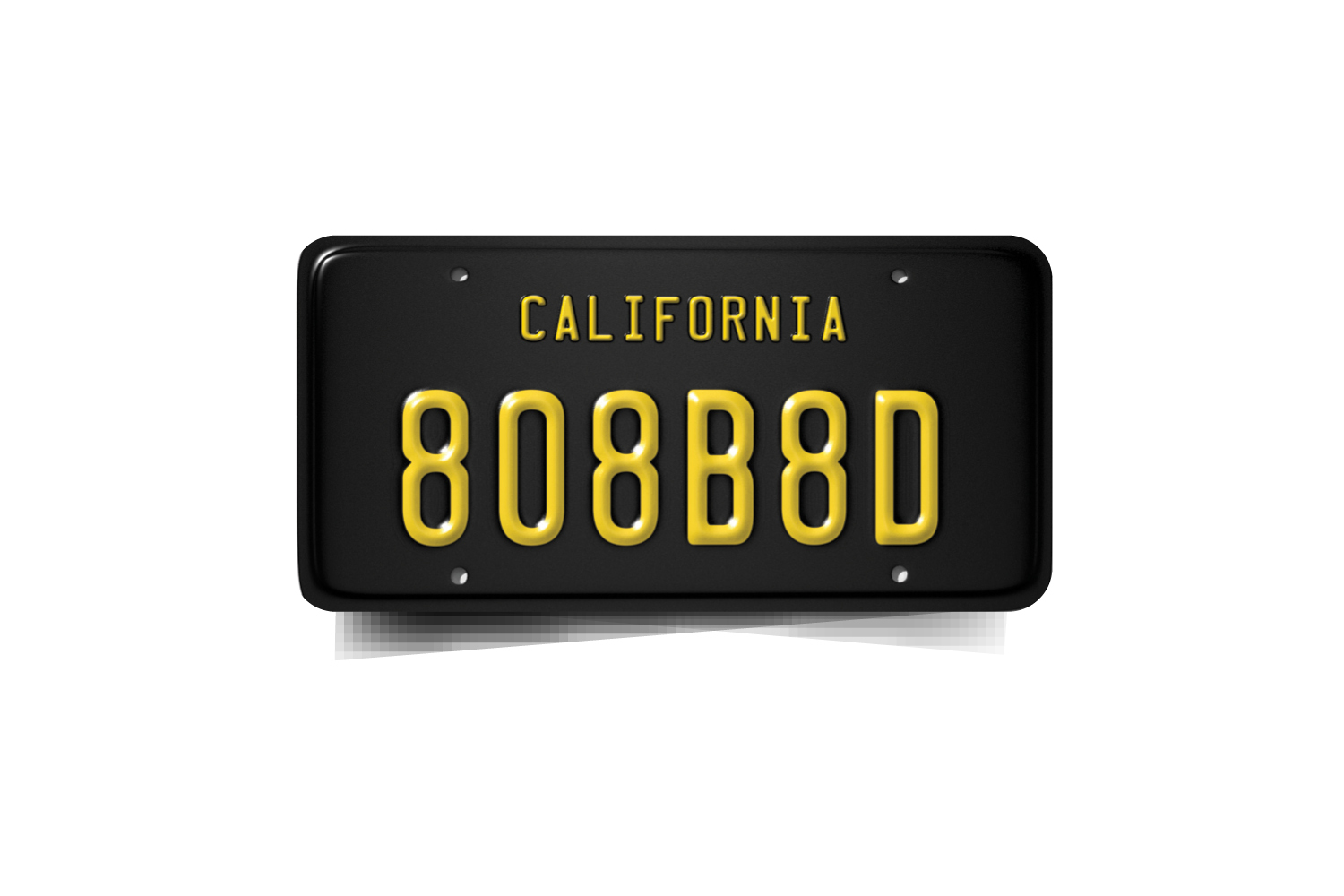 APPLICANT EXPLANATION: The lettering and numbers in this plate are the same as a chest my grama left me when she passed away.
DMV COMMENTS: Looks similar to a text penis.
VERDICT: No 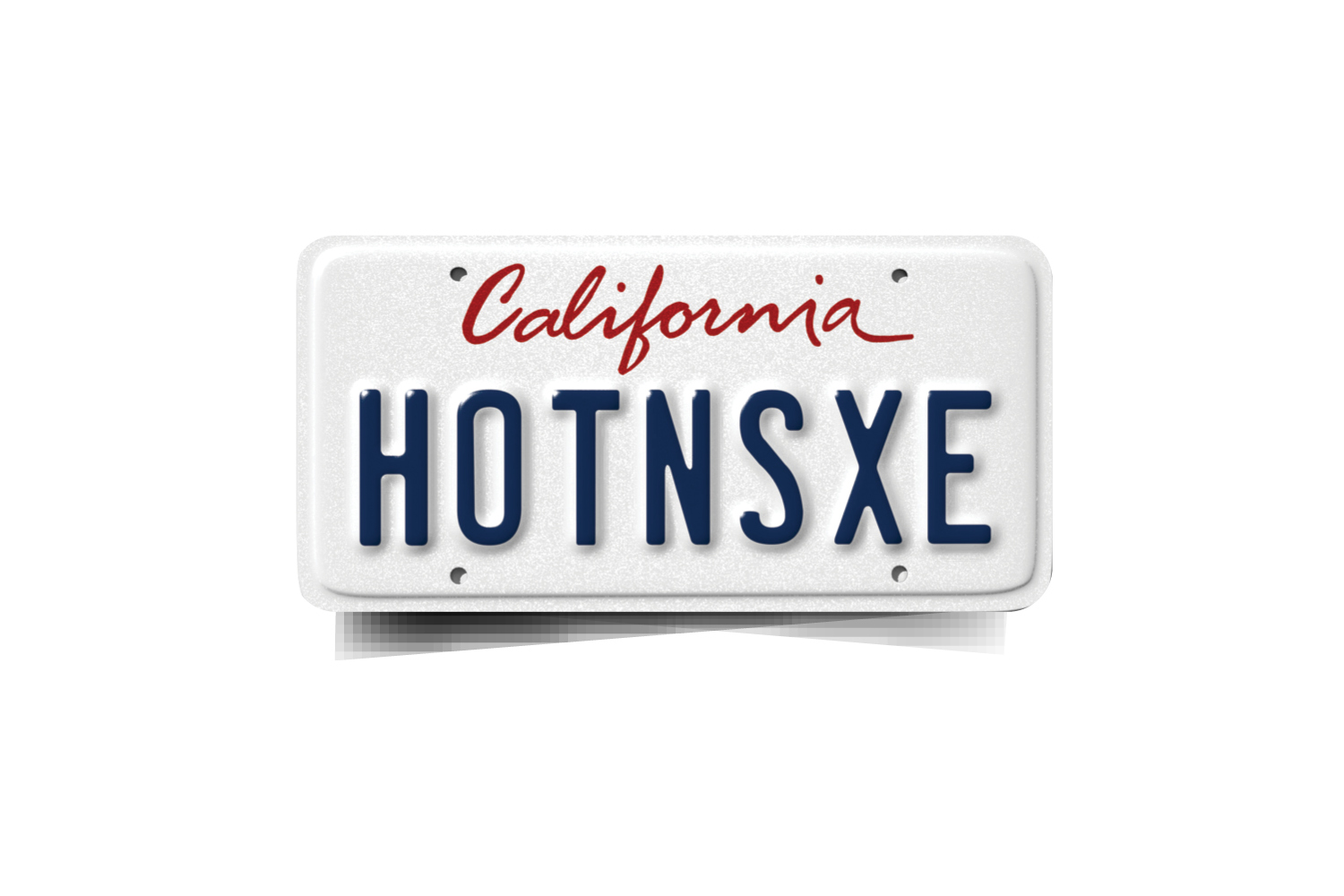 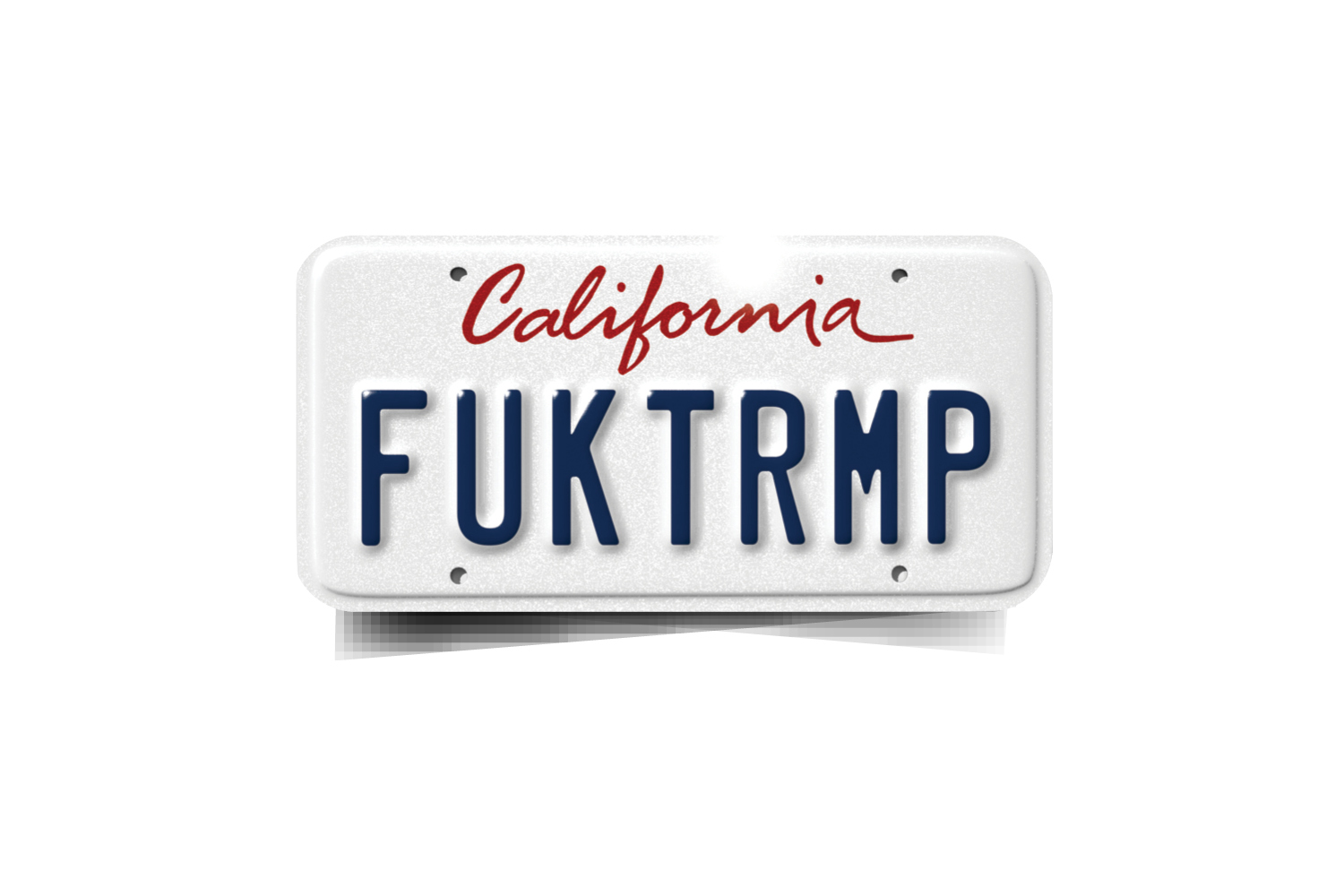 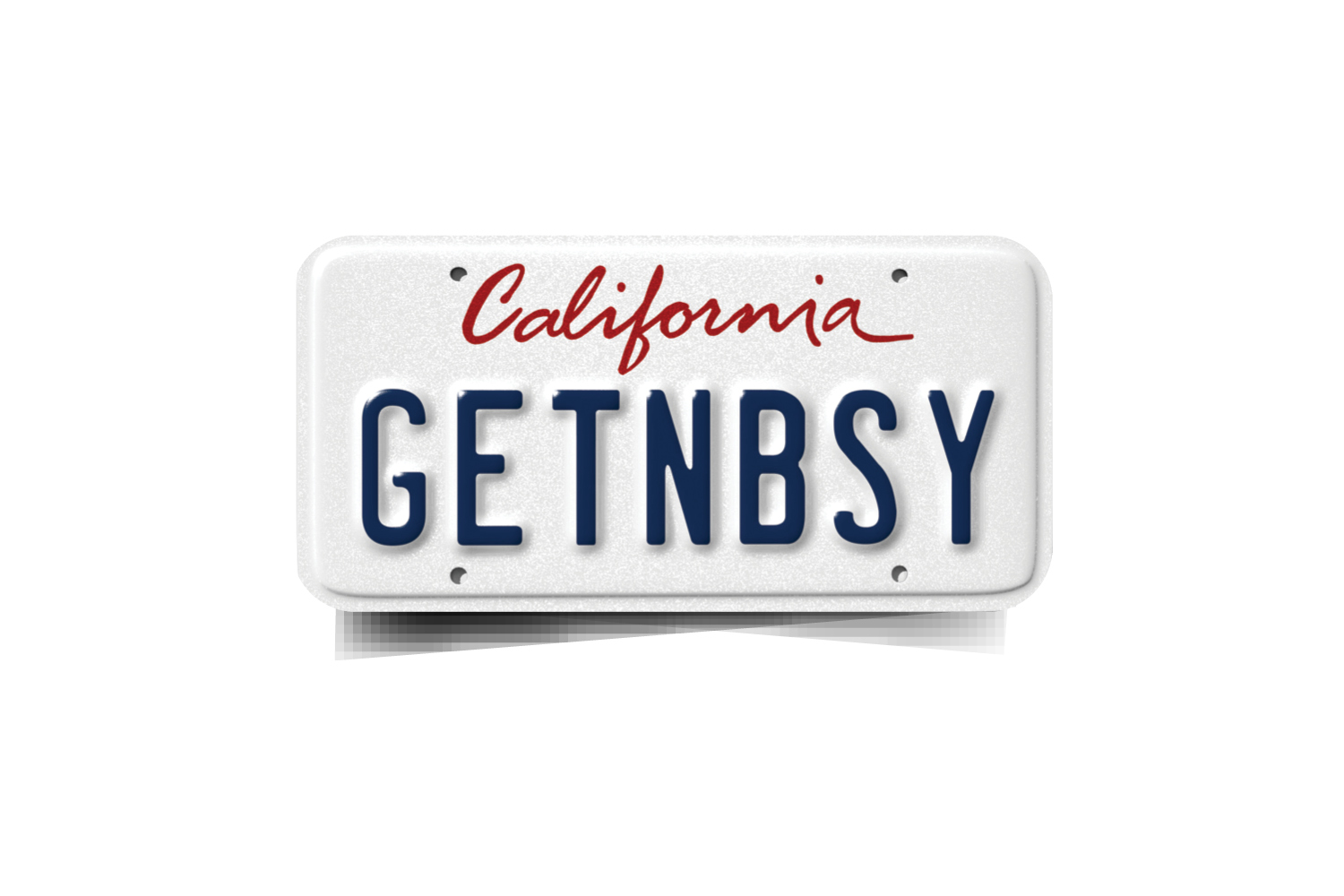 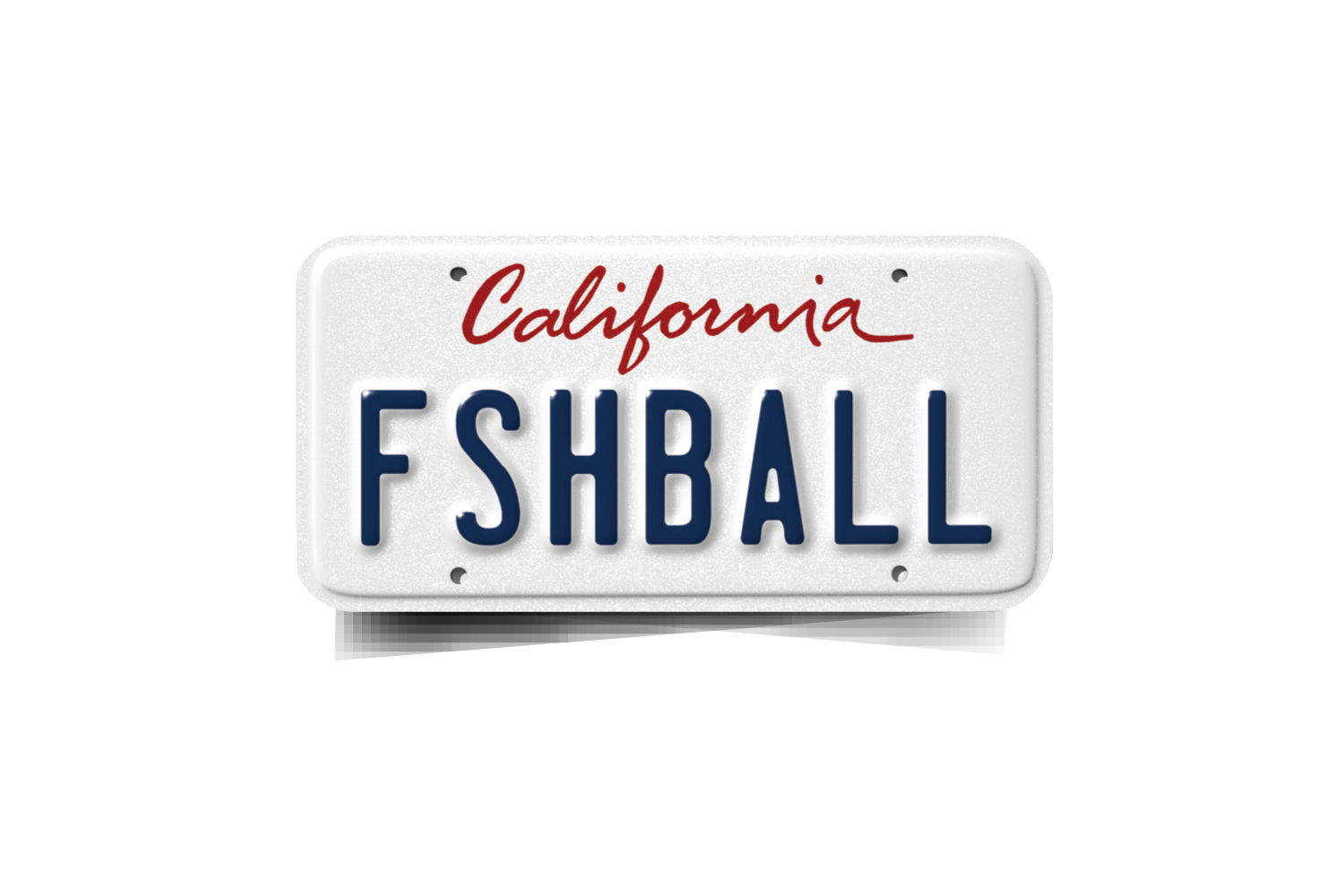 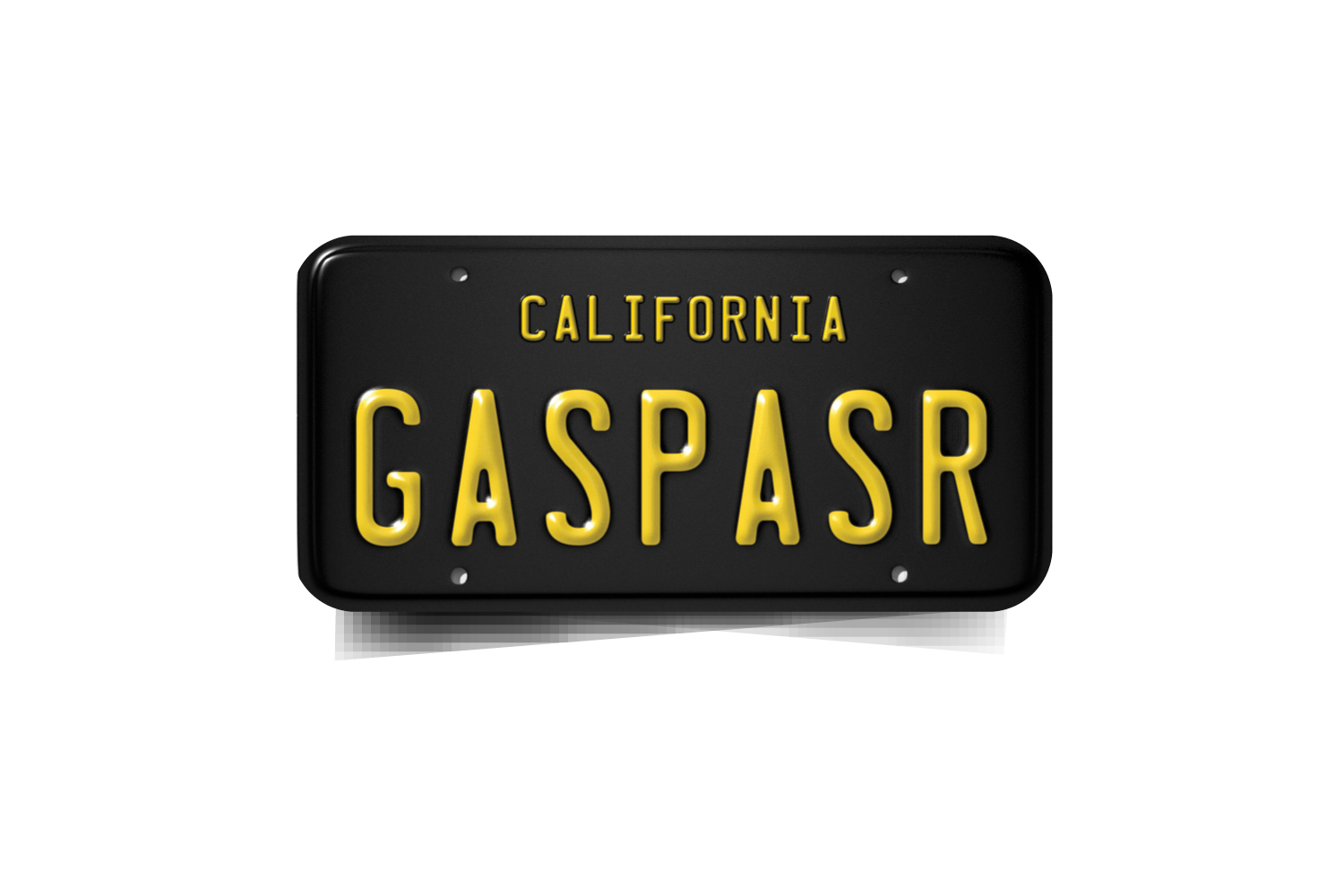 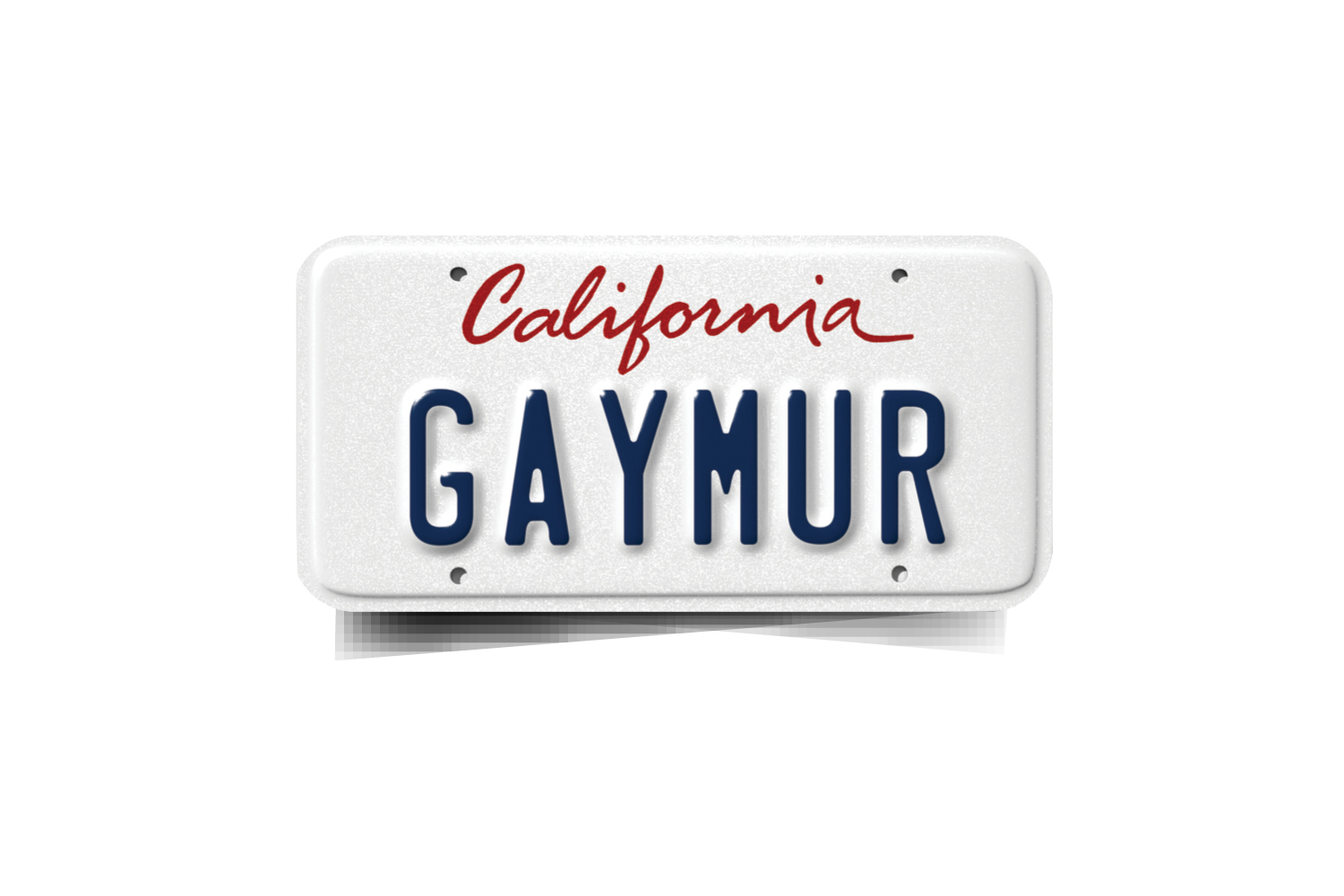 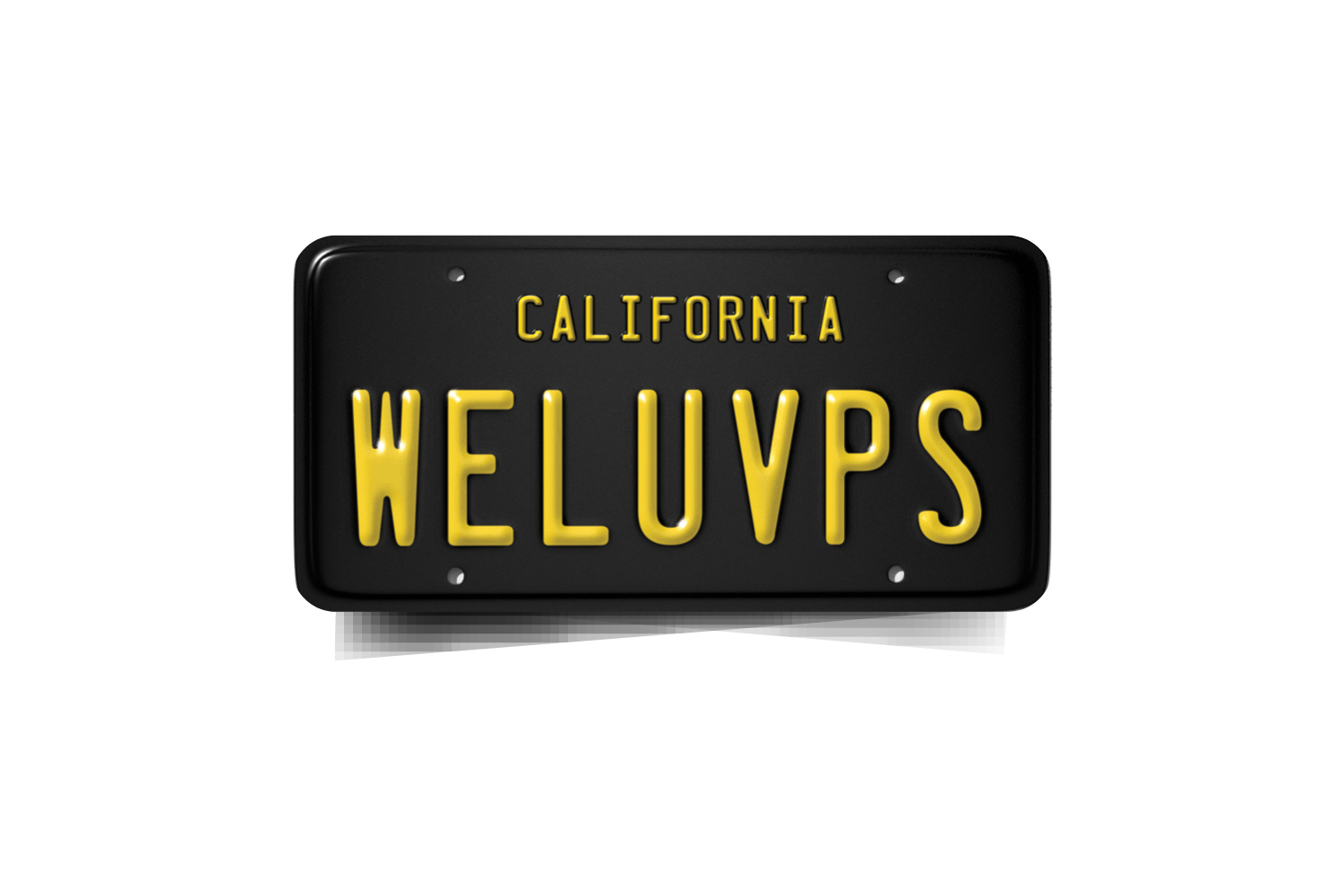 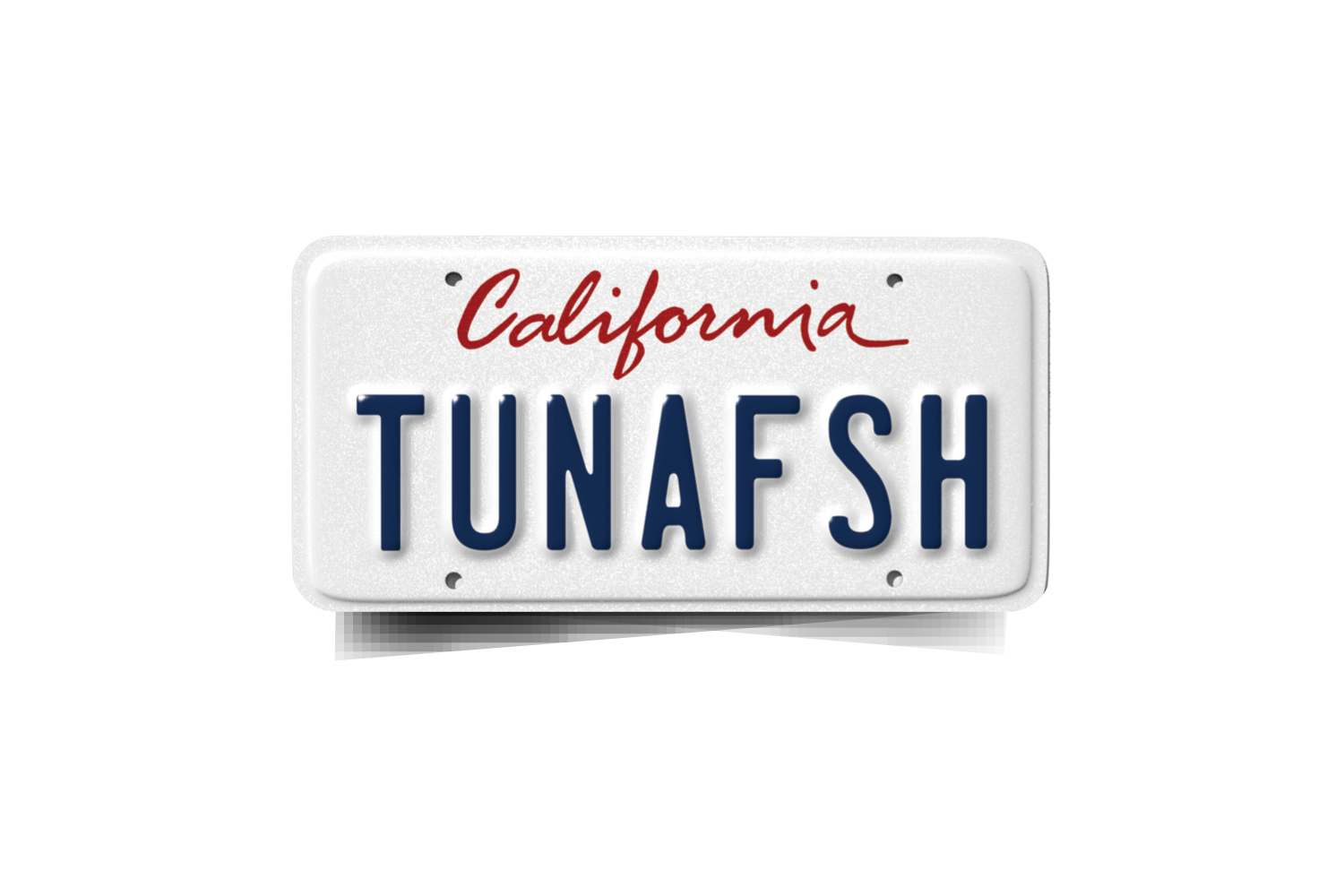 APPLICANT EXPLANATION: I’m a professional fisherman and I fish for tuna all over the world.
DMV COMMENTS: I googled him. He is and he does.
VERDICT: No 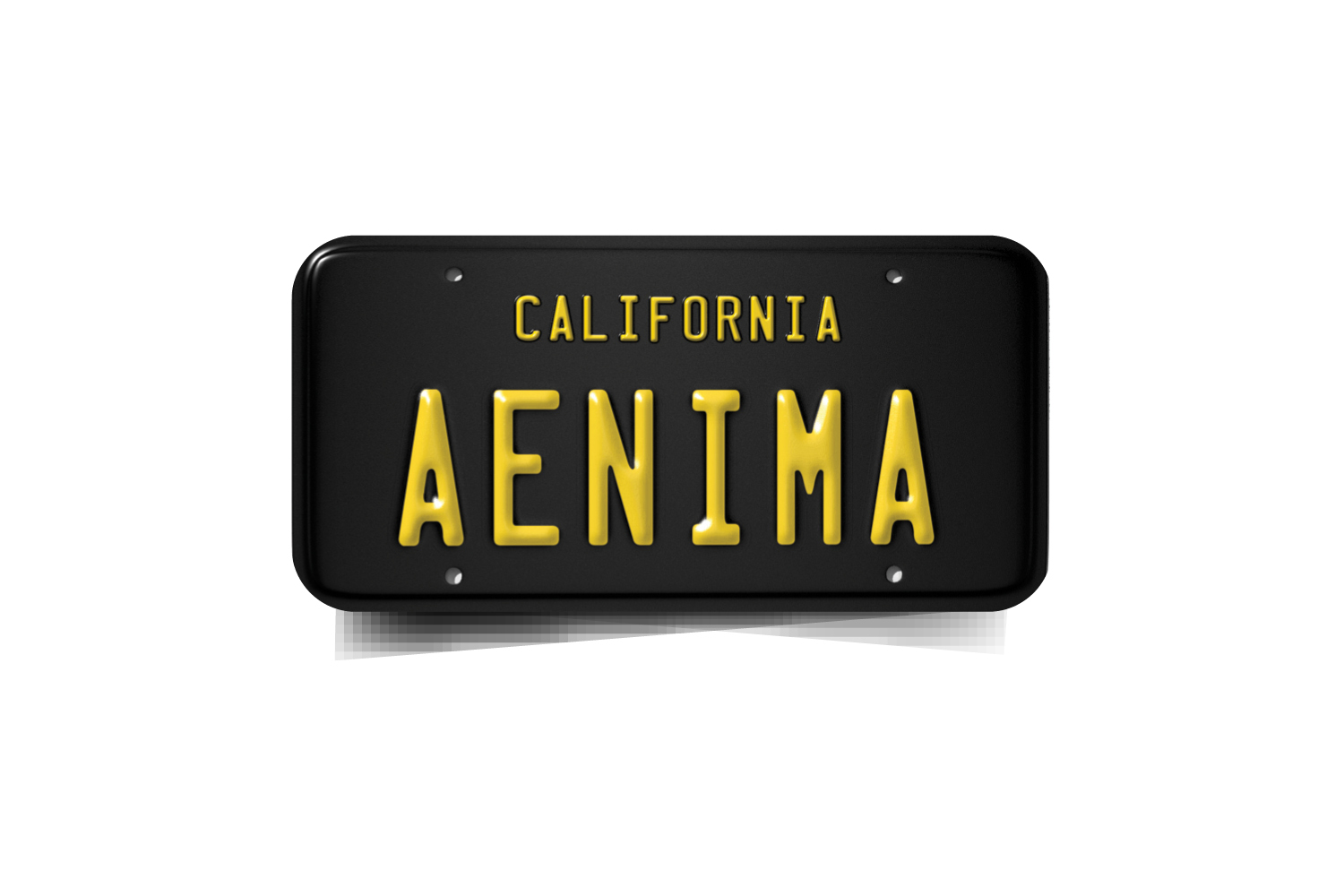 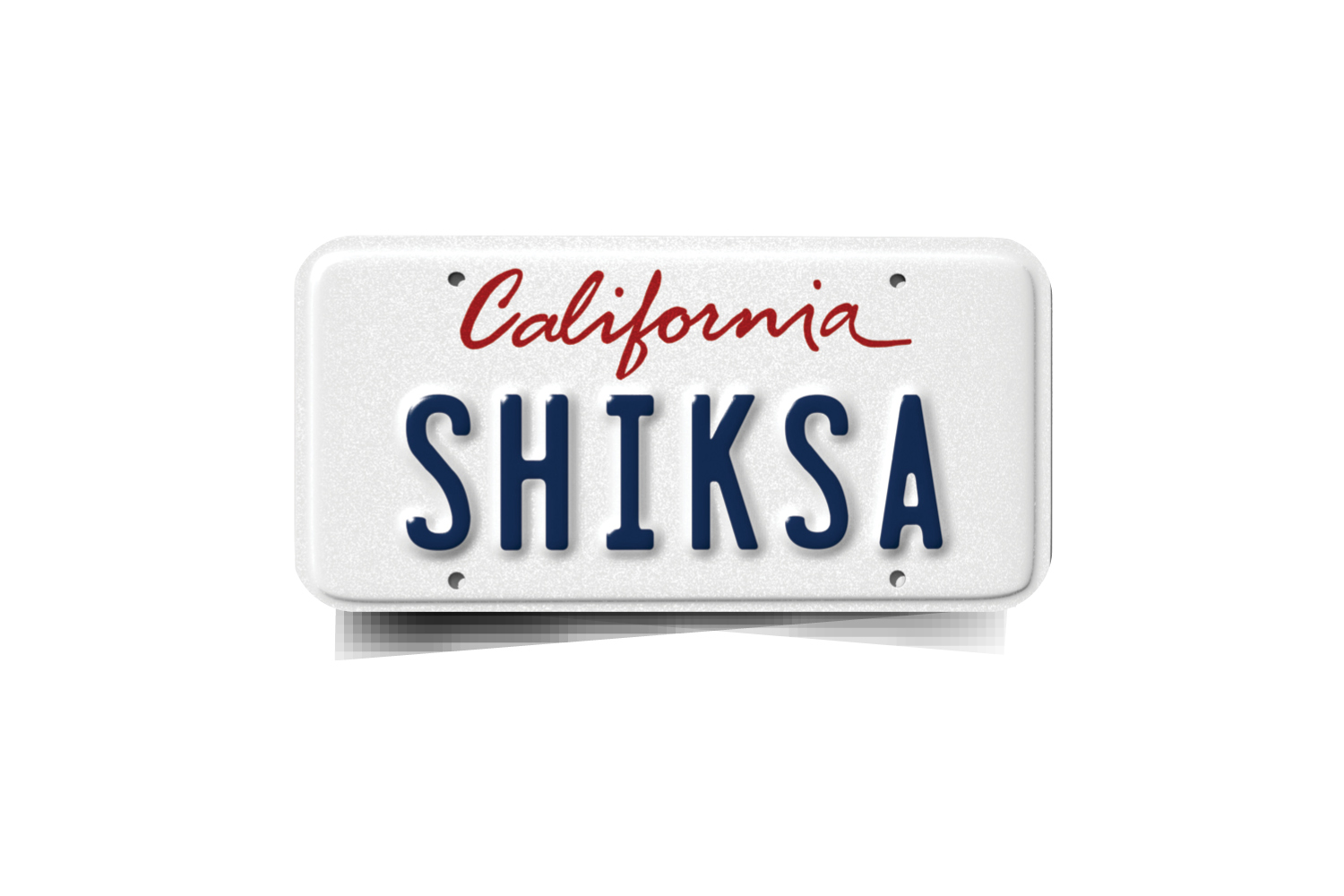 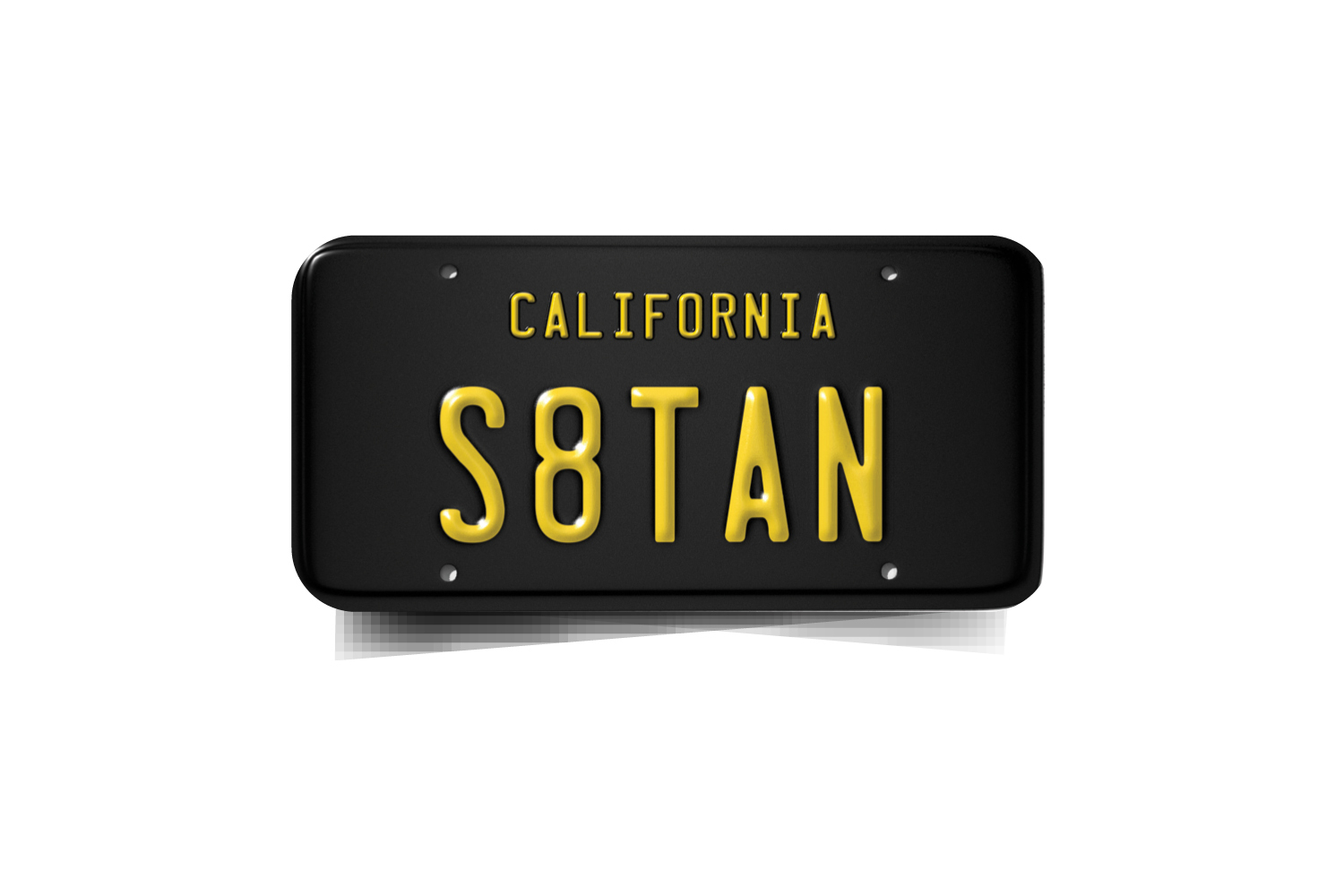 APPLICANT EXPLANATION: Saint Anne is an important historical figure and someone who I model my life after.
DMV COMMENTS: Satan.
VERDICT: Yes