Home Transportation That Proposed 710 Tunnel Under South Pasadena Is Dead. Now What? 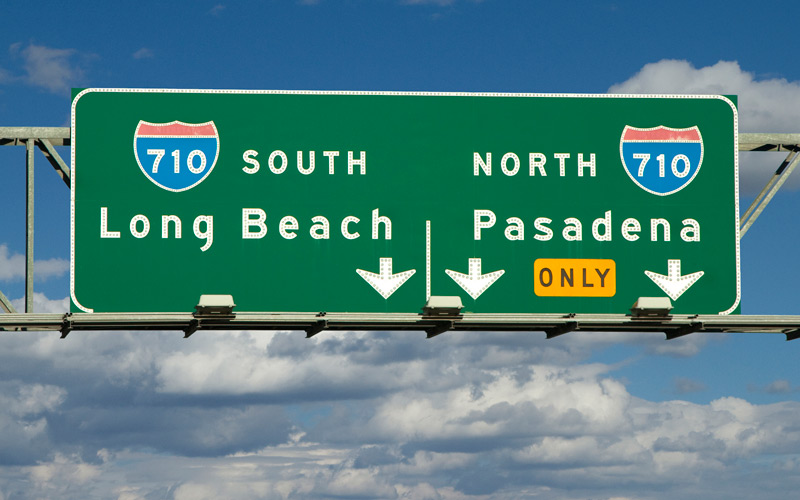 After decades of back-and-forth, it looks like the plan to connect the 710 with the 210 in Pasadena is kaput. Metro’s board decided unanimously against pursuing a five-mile tunnel underneath South Pasadena and Alhambra that may have alleviated traffic (likely in the short-term), but would have cost $3.2 billion and forced residents to withstand years of construction. Metro’s decision starves the project of a huge chunk of funds and almost certainly kills it.

Instead of the highly divisive tunnel, Metro “voted to spend $700 million on a range of transportation fixes to ease congestion and other problems arising from traffic spilling onto the streets of Alhambra at the 710’s abrupt northern terminus,” according to the Los Angeles Times.

Over $100 million will soon be doled out to pay for synchronized traffic signals, traffic-reading meters on freeway ramps, and “capacity enhancements” in local intersections that the agency will believes will ease bottlenecks. Some of the money will also go to marketing transit, carpooling, and even encouraging staggered work hours.

These sound like well-intentioned, but ultimately toothless, solutions. A transit project was once floated for the 710 project; possibly a north-south light rail running through L.A.’s Eastside. That could have addressed a bit of the issue, but the demand for transit here is certainly not as dire as, say, the Sepulveda Pass. The big issue for the area is that the 710 is a major conduit for truck travel from San Pedro and Long Beach; haulers that end up cutting through residential neighborhoods as they make their way north.

“Capacity enhancements” like added turn lanes may bring nominal improvements for locals, but incentivizing truck travel could just make traffic worse. If truck drivers are trying to get to the 210, it may be better to encourage them to take a different route—the 5 north runs parallel to the 210 west, while the 10 east runs south of the 210. Both those freeways are better equipped to handle such large vehicles than the surface streets of South Pasadena.

In the absence of any big changes to the 710, residents, drivers, and truckers will just have to do with the best with what we already have—an already abundant amount of freeways and a nascent transit system.