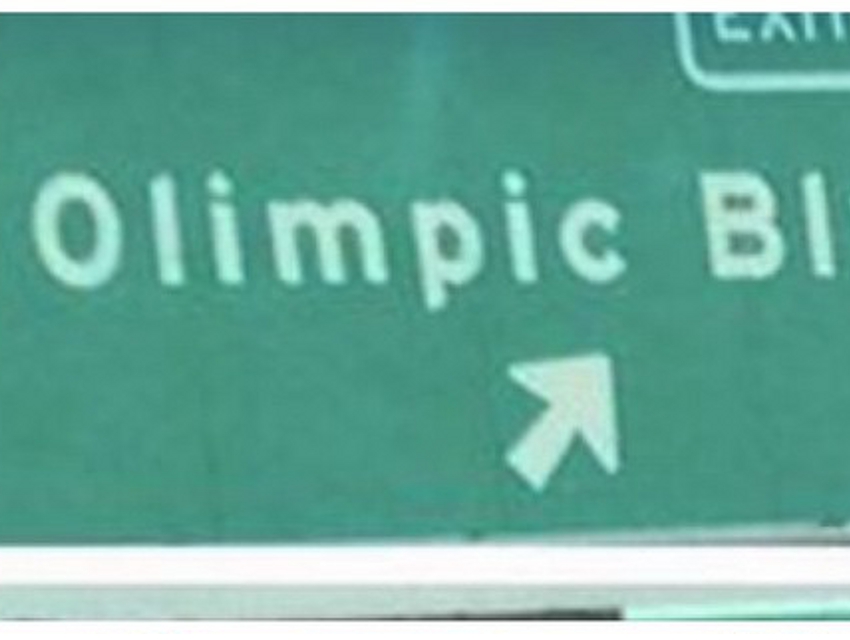 We’ve all fired off a too-fast email to our boss, only to be corrected and embarrassed by an inaccuracy, misspelling, or typo. Imagine that error looming over tens of thousands of commuters a day, on a sign that could fill a conference room.

A subcontractor for the California Department of Transportation is experiencing that feeling right now, as news has spread, and now broke in the L.A. Times, that they misspelled Olympic Boulevard on a new exit sign for the northbound 710 freeway in East L.A. After it was installed earlier this month, commuters howled with laughter and took to social media upon seeing the “Olimpic Boulevard” sign.

Caltrans made the hilarious decision to throw a tarp over the thing once the mistake was noticed (by a construction crew, a day after it was erected). Department spokeswoman Kelly Markham stresses that taxpayers won’t be paying for a new sign; the subcontractor will.

The new sign, by the way, is part of a $120 million project to upgrade the 710. That’s a lot of money; maybe next time they can hire an editor. Call us?

Ever Noticed Those Mysterious Metal Circles Embedded in the Streets of L.A.?