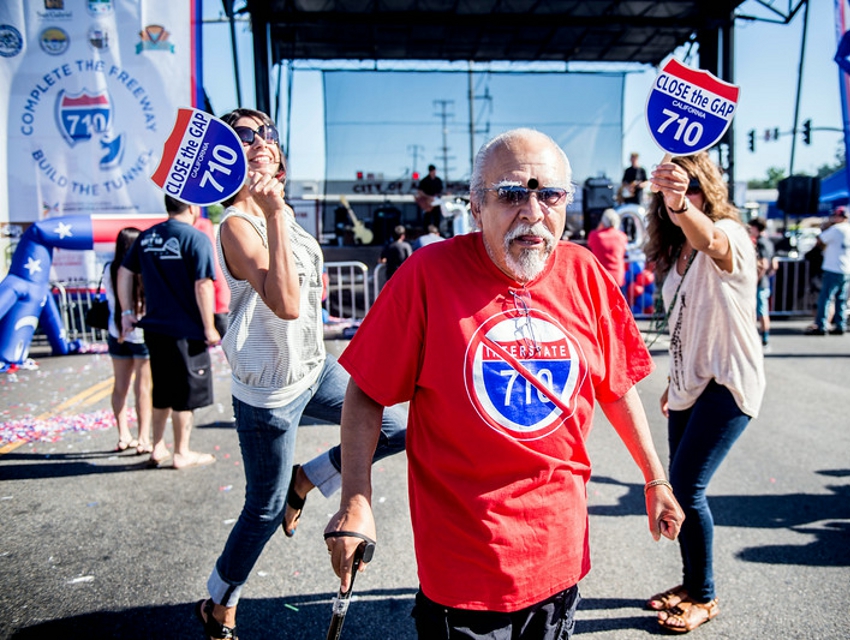 The decades-long conundrum of the 710 freeway, which ends in Alhambra and spills cars and trucks onto residential streets, continues to confound planners. But an answer may slowly but surely be arriving.

Caltrans and Metro is in the midst of taking comment on an environmental impact report that studied building either two double-decker freeway tunnels connecting the 710 to the 210, or adding bus rapid transit, a light rail system, upgrading traffic lights, or simply doing nothing. The two agencies announced on Friday they’re adding a fifth public hearing on the matter on June 20 in East Los Angeles.

“To promote further public participation, and in response to requests made by stakeholders representing the community of East Los Angeles, Caltrans has agreed to hold another public hearing for the State Route 710 North Draft Environmental Impact Report/Environmental Impact Statement (Draft EIR/EIS),” the announcement read.

The agencies are in a mostly no-win situation as communities in the area are split on whether or not the 6.3-mile long, $5.65 billion freeway tunnels are a good investment. The EIR indicates the freeway option would alleviate the most traffic, but it may come at too much of a cost. Pasadena, long a supporter of the freeway tunnel, now opposes the idea.

In its press release, the transportation agencies try to explain why they’re even proposing such a thing: “Caltrans and Metro are under a mandate from two million Los Angeles County voters that passed Measure R in 2008 to study a 100 square mile region affected by congestion and pollution caused by incomplete transportation infrastructure between the end of the I-710 freeway in El Sereno and the I-210 Freeway in Pasadena.”

After the June 20 meeting, public comment on the proposals closes on July 6. A final EIR will come after that.

That Proposed 710 Tunnel Under South Pasadena Is Dead. Now What?