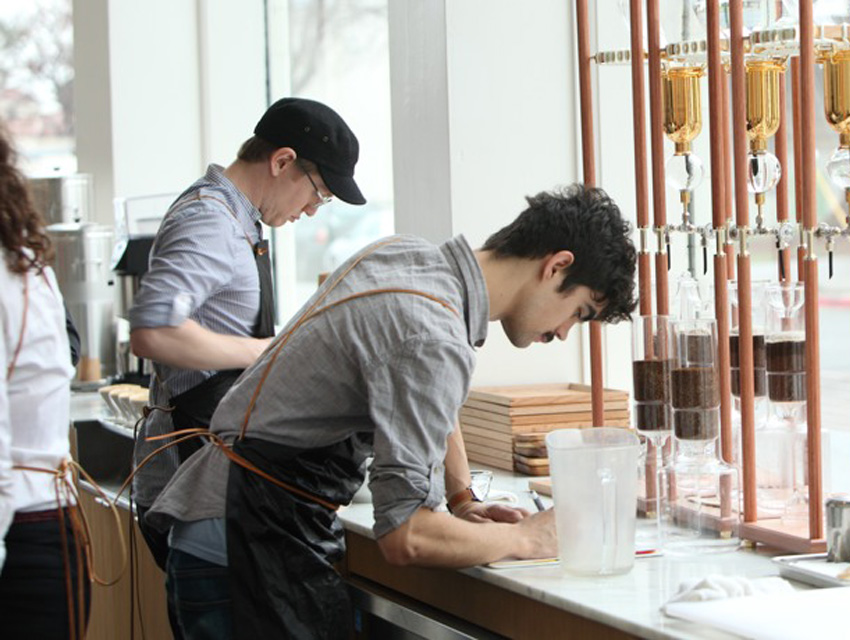 One of Los Angeles’ most treasured events is upon us, and with it comes the slightly more infamous detours, blockades, and congestion. Yes, the Los Angeles Marathon is happening this Sunday and is taking over the city’s most popular streets from Downtown to Santa Monica, preventing many locals from their Sunday morning coffee run or ritual brunch meetup.

The route begins at the Dodger Stadium, carries on down Cesar Chavez, then takes a tour through Chinatown, Little Tokyo, and Grand Park, passing Echo Park Lake on its way to Sunset Blvd. No streets in downtown are closed west of 3rd Street, which means we can still make it to one of the many beloved coffee shops in the Arts District (Blue Bottle, I’m looking at you!) before checking out the Los Angeles Flower Mart. The route then continues straight up Sunset Blvd. until turning on Hollywood Boulevard. If you’re planning on heading to the Silver Lake area, try to take Santa Monica Boulevard or exit Silver Lake Boulevard. from the 101 because all other freeway ramps are closed. Since Sunset is not an option, Sunday would be a great day to stray off the beaten path and uncover a hidden gem or maybe try out Sqirl, that place with the toast that you’ve heard so much about.

Hollywood Boulevard will be closed from Vermont to La Brea. Awesome. All the surrounding streets will be closed from Sunset to Franklin. Even more awesome. The 101 will be closed at Vine, Gower, Highland, and Hollywood. To tackle Hollywood, your best bet will be to head over to Santa Monica Boulevard. Suggestion? Go to Salt’s Cure and order the secret menu All-Star breakfast.

Now, if you were thinking of shopping this Sunday in Beverly Hills, you may want to postpone that, at least until after 3 p.m., which is when BH’s busiest roads reopen. For a shopping alternative, go to the Beverly Center, which is a safe distance from the route. The course travels through and around the Beverly Hills by way of Doheny, Burton Dr., Rodeo Dr., and Wilshire, before settling on Santa Monica Boulevard to Westwood where it makes a change onto San Vicente, which it then follows to the finish line in Santa Monica.

Anywhere near the Santa Monica Pier will be closed off and the most crowded, including the 3rd Street Promenade, the beach, and the mall. If you are in Santa Monica, you’ll want to stay south of Santa Monica Blvd. Have lunch at Tacos Por Favor or try the tasty classic italian sandwiches at Bay Cities Deli.  On the other hand, this only happens once a year, and if you find yourself near the finish line and all of its festivities, you may as well join them.