Home Uncategorized The 5 Freeway Is Getting a Lot Fatter 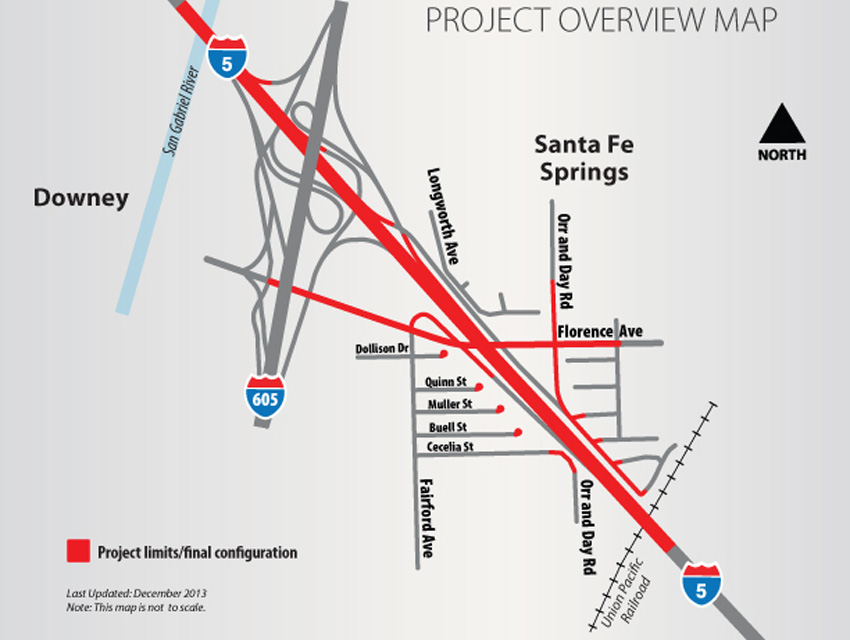 Even though a similar widening of the 405 has been greeted with a calvacade of jeers, Metro and Caltrans just officially began work on a similar project on the 5.

Ground broke Thursday for the $215 million Florence Avenue Project, which will add one carpool lane and one regular lane to the 5 from Santa Fe Springs to the 605 in Downey. Three overpasses—over Florence Avenue, and Orr and Day roads—will also be widened for better traffic flow, while the Florence Avenue interchange will get an upgrade. The promises of better commutes won’t come to fruition until at least fall 2019, when the project is expected to finish. Until then, get ready for lots of cones and closures.

The Florence Avenue effort is just one aspect of a six-part, $3.2 billion plan to modernize the 5, from Burbank to Kern County and from the L.A./O.C. line to the 605 freeway in Downey. Much of the plan involves adding carpool lanes to the freeway, though ride-sharing has been dropping for years.

One thing is indisputable though; the 5 carries a huge amount of truck traffic from the ports up north, so if any freeway needs to be retrofitted, it’s this one.