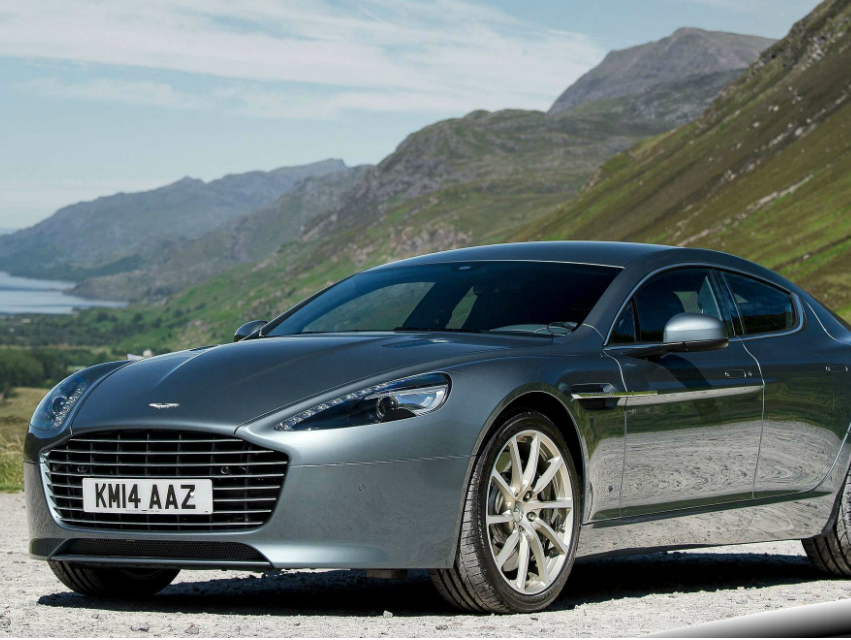 Despite its gobsmacking elegance and delicious design details, the $200K Aston Martin Rapide hasn’t exactly been a blockbuster sales success since it hit the market in 2010. While the Rapide floundered commercially, ugly (but practical) ducklings like the Porsche Panamera have been selling by the boatload, proving that swoopy six-figure sedans need a healthy dose of utility to reach critical mass.

On the occasion of its fifth year on the planet, Aston Martin’s Rapide has been upgraded with a series of tweaks inside and out. While arguably meaner looking than before, its performance enhancements are so transformative that the Rapide deserves a “Most Improved Expensive Sedan” award for 2015 What’s that you say? 2015 has just begun? Okay, point taken. But as we dive into a calendar year that’s projected to see a staggering 17 million cars sold in the U.S., Aston’s improvements deserve notice because the British carmaker’s boutique status gives them a serious handicap in the face of the higher volume manufacturers they compete against. You’d be hard pressed to find aesthetic fault with the old Rapide, but the updated model adds a hint of aggression with a bigger grille and a touch of meanness via a new upturned tail—quite possibly the most tasteful spoiler to grace a four-door. But the real changes are under the sheetmetal, namely to the 6.0-liter V12 and its partner in crime, the transmission. While the mammoth engine gains 18 percent more power, the most notable improvements come from the gearbox, which gets upgraded from a 6-speed to an 8-speed, yet is lighter. With more gears to choose from (and less mass to haul around), this Aston feels fleet, lively, and rambunctious as it’s flung through city traffic, charging forward in hearty bursts. Thanks to the fact that the Rapide’s engine isn’t turbocharged (a common trend that can enable smaller, more efficient engines with fewer cylinders), the noises it makes are nothing short of magical: Imagine a glorious brrrraaaaaaaap that sounds like a Ferrari engine muffled underneath a pile of down pillows, and you’ve got a rough idea of what this V12 sounds like at full song.

Mechanical improvements are fine and dandy (and to be expected every few years), but this Aston’s skill set is still accentuated by its more sensual aspects—the exquisitely finished instrument panel, copious amounts of leather upholstery, and a grey Alcantara headliner that made us repeatedly stroke our palms against the roof. Sure, the Aston’s interior is cramped and confined when compared against the high-dollar German workhorses it competes against (I struggled to squeeze a car seat into the back seat for my three year-old, and even then, his feet easily kicked against the front seat). But despite its shortcomings, the Aston Martin Rapide is still a sexy sled that deserves a bigger claim in the automotive universe, if only for its unapologetically uncompromising beauty and newfound sense of spunk.