Home Drinking The 15 Most Popular Bars & Clubs in L.A., According to Lyft... 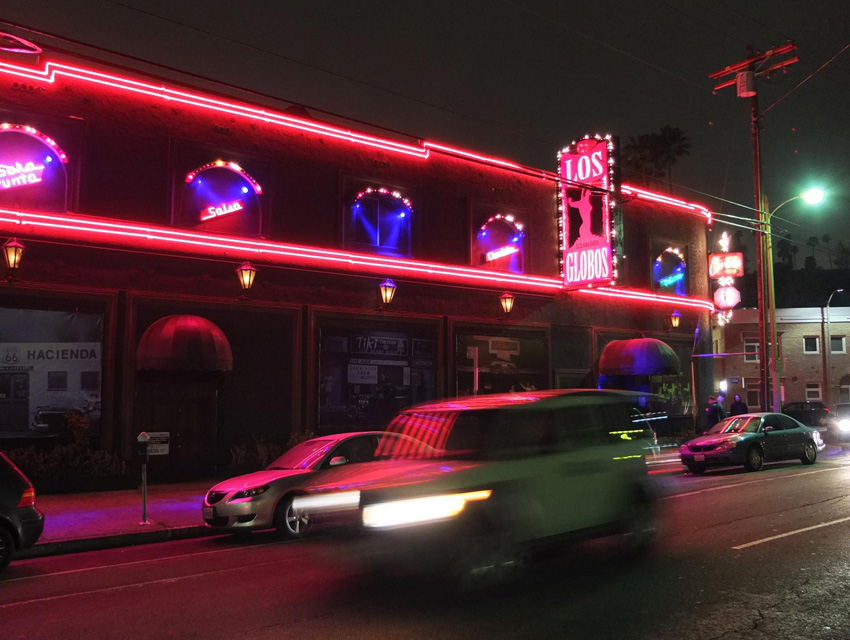 Car-sharing services like Lyft, Uber, and Sidecar have changed nightlife in Los Angeles. Freed from their cars, Angelenos are hitting up bars, nightclubs, and similar booze-fueled establishments in record numbers. But where are they going? Over a recent 30-day period, Lyft compiled their most popular nightlife drop-offs. Here’s we go, starting from least to most popular:

14. No Vacancy (Hollywood)
This velvet rope spot attracts a lot of heel-wearing ladies; the kind of person who benefits the most from pick-up, drop-off service.

13. Cabo Cantina (Hollywood)
Lyft doesn’t specify which taqueria (there are five in the city) is the most popular, but Hollywood is a safe bet.

12. Busby’s West (Santa Monica)
No shocker; this pub is typically packed with the biggest sports fanatics on the Westside.

10. The Den on Sunset (West Hollywood)
Ah, The Den. Where countless Lyft trips and romantic encounters begin (and end shortly after).

9. Sound Nightclub (Hollywood)
This makes us happy. No one should be driving home from this discotheque.

7. House of Blues (West Hollywood)
A draw for decades, this is another venue with an abundance of drinks and a shortage of parking. Very Lyft-able.

6. Avalon (Hollywood)
This “historic” club, as it bills itself, has helped keep Hollywood the center of the city’s nightlife scene for years.

5. The Echo (Echo Park)
Live music and lots of drinks = someone else driving.

3. Good Times at Davey Wayne’s
This funky, ’70s-themed bar seems like an acid trip, so we wouldn’t be surprised if many patrons felt too disoriented to drive home.

2. The Bungalow
Hip Lyft-users dropping-off at a chi-chi Santa Monica spot? You betcha.

1. The Abbey
You go to the The Abbey to see, be seen, and get a buzz off $20 cocktails. Driving home after just won’t do.