Home Drinking Cocktails Why Did I Do That? 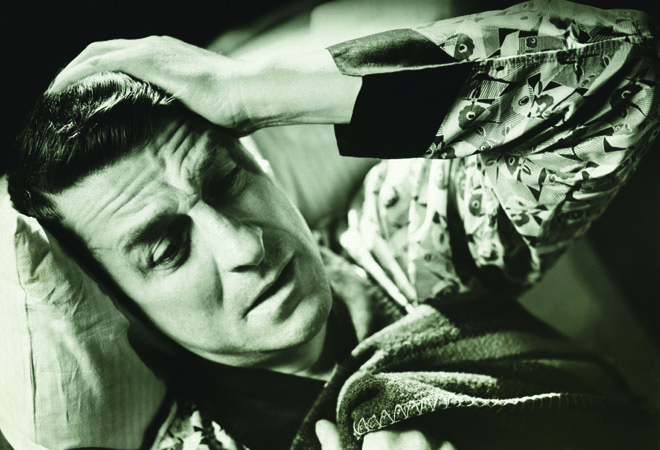 Hieronymus Brunschwig, that 15th-century German pharmacologist who, among many pursuits, distilled a plant extract to heal marital incompatibility, believed that enough brandy could cure bad breath, baldness, dropsy, swollen breasts, and flatulence. But what is the cure for too much brandy? Five centuries later the common hangover—what the Germans describe as “a howling of cats” and the French call “hair ache”—remains a mystery. Scientists cannot agree on a definition for the morning after, though its symptoms—headache, nausea, tremulousness, dry mouth, a revulsion to cats—appear like clockwork when the supply of Jack Daniel’s has exited the body, leaving only toxins, regret, and a search for the remedy.

On this matter the sages have weighed in. Pliny the Elder famously advised eating two raw owls’ eggs, “taken neat.” Dean Martin instructed his disciples to “stay drunk.” This prescription works, although, as in Martin’s case, one must devote a lifetime to the remedy. Every country and culture has tackled the issue. Outer Mongolians chose pickled sheep eyeballs. Koreans dip their spoons into a bowl of haejangguk, a stew that may include coagulated pig’s blood, cow bones, and pork spine. The Vietnamese drink wax gourd juice, and Andeans chew coca leaves (whether or not this is effective is moot—it sure sounds pleasant).

“A platter of chilled oysters is the perfect hair of the dog,” says David LeFevre, chef and co-owner of M.B. Post. Not everyone can face down a quivering bivalve in such a state, but there is some logic to LeFevre’s method. Too much drinking and even more urination robs us of electrolytes, amino acids, potassium, sodium—everything a happy liver desires—and the oyster’s salt is the perfect replenisher. Sang Yoon of Lukshon and Father’s Office pours French champagne with his eggs and chorizo. Eggs contain two amino acids, cysteine and taurine, that together jump-start a flagging liver into processing toxins.

Then there’s Andrew Abrahamson, who manages the downtown whiskey bar Seven Grand. Whiskey and bourbon contain more congeners—chemicals believed to worsen hangover symptoms—than any other poison. As atonement for the misery he doles out to the city, Abrahamson has graciously provided a healing cocktail recipe, an elixir of single malt and science to drink at Sunday brunch.