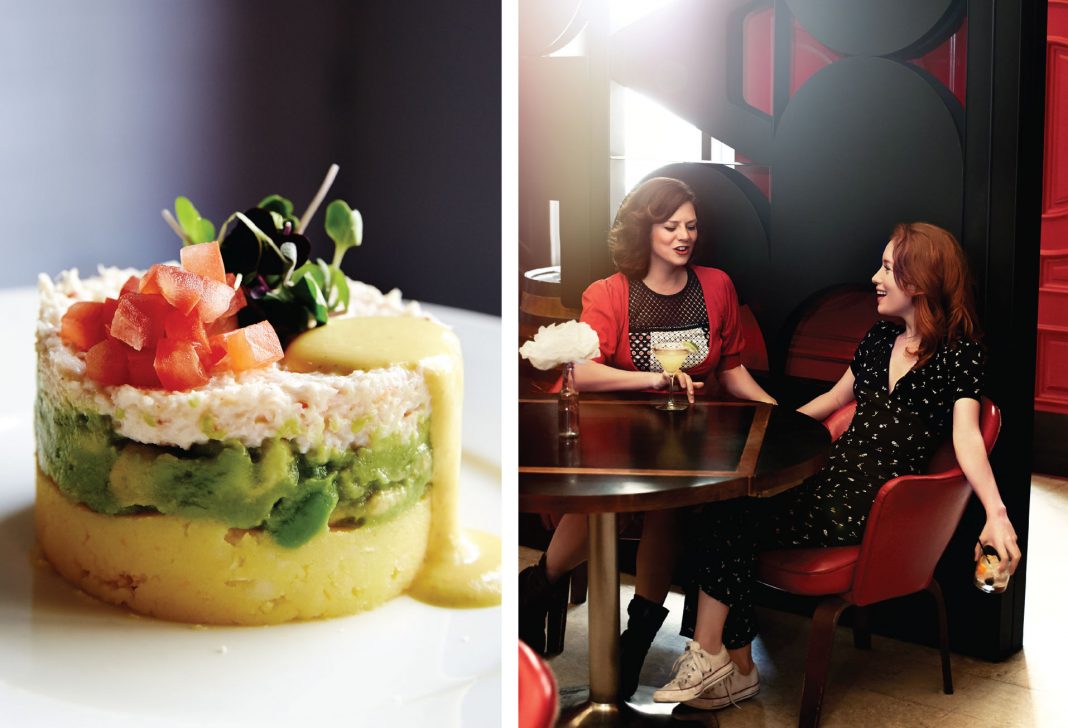 Where to drink nearby
By Caroline Pardilla

Invention
Nothing’s more refreshing than a postworkout cocktail, but only Los Angeles Athletic Club members have access to the 100-year-old bar with a brand-new cocktail program. » 431 W. 7th St., 213-625-2211. Once a food wasteland, this humble strip is abloom with great restaurants By Daniela Galarza

When Bottega Louie opened at 7th and Grand in 2009, the intersection in front of the 225-seat restaurant and patisserie was so neglected, it didn’t have a streetlight, never mind a $20 artichoke pizza. Bar maestro Cedd Moses had primed the block for a lively drinking scene with Seven Grand just a few years earlier, but a single malt goes down smoother before or after a nice meal. Bottega Louie’s success has inspired several new restaurants, many a macaron’s throw away. There are more in development, including Red Bird, a culinary collaboration between restaurant investor Bill Chait (Rivera, Bestia) and BLD’s Neal Fraser.

Boba Fete
→ Boba 7 (aka Labobatory) In the back of the casual and consistently crowded Thai restaurant Soi 7 is one of L.A.’s most distinctive speakeasies: a cocktail bar that makes drinks with sweet tapioca-ball tea as the main ingredient. 518 W. 7th St. 213-538-8022

A century ago architect Thornton Fitzhugh created the beaux arts building for the Methodist church. News reports at the time noted that the nine-story house of worship also had a hotel, cafeteria, rooftop garden, library, gymnasium, smoking room, bowling alley, nursery, barbershop, and hospital as well as 16 club rooms. After the building closed, the property was sold to the New York-based Chetrit Group in 1998. Plans for its restoration seem to be on hold. Chetrit also owns the shuttered Clark Hotel and Giannini Place nearby.