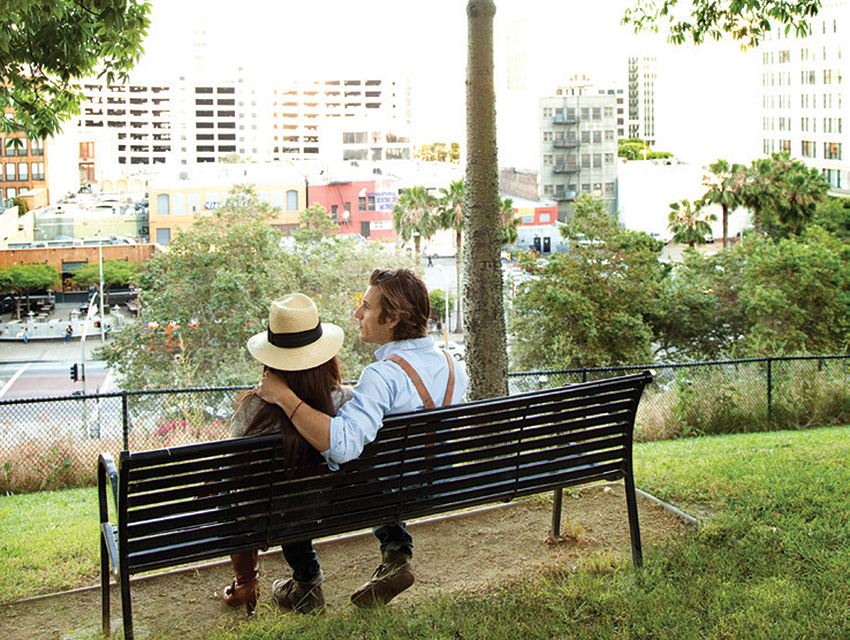 A connoisseur of the creative who thinks no performance is routine

Play hooky on Friday and head to the Bob Baker Marionette Theater (213-250-9995), which presents whimsical, kitschy, and somewhat creepy shows starting at 10:30 a.m. Another advantage to Friday fun? The free lunch-hour musical acts at Grand Performances (213-687-2159) on California Plaza. Then learn how the hits get made at the interactive Grammy Museum (213-765-6800). Check out the popular CB1 Gallery exhibitions of up-and-coming local artists. The Downtown Comedy Club (213-841-3940)—run by SNL alum Garrett Morris—is the center of a budding neighborhood comedy scene. The rooftop terrace at the Downtown Independent (213-617-1033) is sweet, but go downstairs for an arty flick. Still awake? End your night with the club kids at The Smell (no phone).  – Lesley Bargar Suter A fashion-forward consumer with tastes that swing high and low A mom or dad who embraces quick dips in cultural immersion

Even finicky eaters dig dim sum at Em-press Pavilion (213-617-9898), and all young’uns enjoy a romp through Old Chinatown Plaza, where they can toss in a penny for long life and dash among the pagodas and ancient storefronts as they make little explosions with party snaps. Stop off at Olvera Street (213-485-6855) to shop for souvenirs and taste some sweets before hitting the children’s literature department at the Central Library (213-228-7000), with its storybooks, poetry, CDs, DVDs, and murals depicting California history. The pupusas and Hawaiian barbecue at the historic Grand Central Market (213-624-2378) are kid friendly, too. Across the street you can ride up and down the re-restored funicular, Angels Flight (213-626-1901), for a mere 25¢ each way.  – Ed Leibowitz An urban explorer who seeks open space between buildings

Before your plein air adventure, carb up at the Hygge Bakery (213-995-5022), near Staples Center, with a Danish delicacy like a raspberry spandauer. Power-walk your way to Broadway’s subterranean D.T.L.A. Bikes (213-533-8000) to rent a pair of wheels, then pedal to Los Angeles State Historic Park, aka the Cornfields, where you can bird-watch and glimpse the architectural remains of L.A.’s industrial age. Travel on to Little Tokyo and assume the lotus position while surrounded by the cherry trees and maples of the James Irvine Japanese Garden (213-628-2725). Grab a to-go bento box at Oomasa (213-623-9048) and scoot south to Angels Knoll Park, which was made semifamous in (500) Days of Summer. Return your bike and head to the rooftop bar of The Standard (213-892-8080) to gaze at highlights of the day’s journey in miniature. – Ed Leibowitz