Home Uncategorized Downtown: And Now a Few Words From The…New Kids on the Block 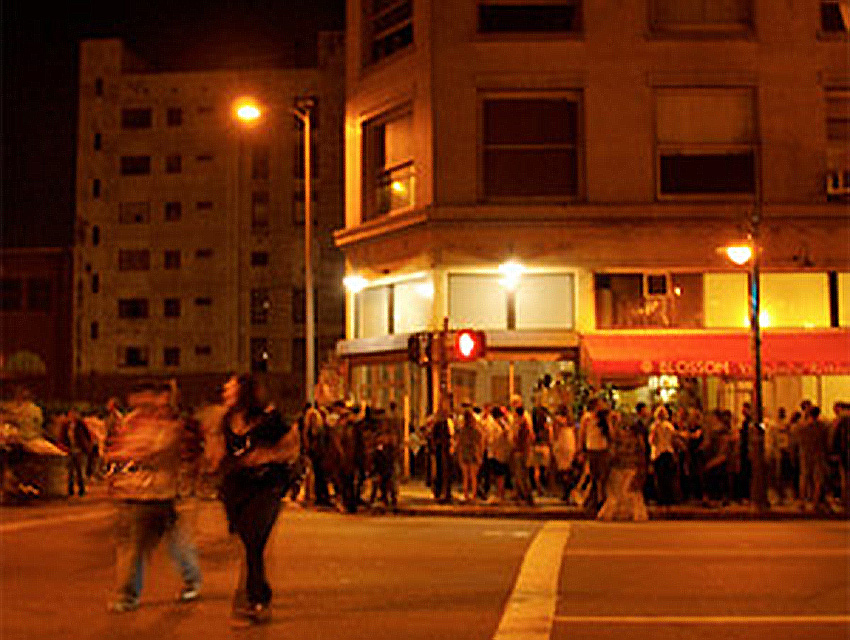 Lives at: Santa Fe Lofts
Monthly rent: $1,540 for 1,000 square feetVo, the producer for the band Ming & Ping, moved here in 2008.“I had preconceptions and spent some time on skid row in Gladys Park playing chess with the old dudes. I think it’s pretty inspiring to see that combination of cultures in society.” When Vo lived in Altadena, friends would come over for homey pursuits like backyard grilling. “Now we go exploring and interacting with the city.” Vo’s cost of living has increased since moving downtown. “But so has my ability to network, so has my level of inspiration, and so have my options to experience different things nightly.” Sometimes Vo bikes to L.A. Live to meet visitors or get drinks. “It’s nice to have a chance to be out in anti-nature, urban nature.” Mostly he soaks in the neighborhood’s history. “I love how people are using what’s around them without completely destroying it.” Live at: The Roosevelt
Monthly rent: $2,500 for 950 square feetLiljegren was the architect for the Roosevelt.“It’s kind of fun to live in a building you designed.” Her eight-year-old son, Arik, attends nearby Pilgrim School. “Our lives are busy enough that the last thing we want to do is sit in traffic for hours. I really don’t leave downtown except for Trader Joe’s or Target, but Target’s coming.” For green space she and Arik like the FIDM park across from Ralphs and also the Cornfields. “Arik’s all about ‘Give me a ball and I’m happy.’” Liljegren is inspired by the street life outside her window. “One day the L.A. Marathon is going by, and the next there’s this Indian parade with 3,000 people in brightly colored saris.” She lived in ten different places before moving downtown. “None of them had this sense of community. We’ve come so far, but we still have far to go.” Cartwright, who photographs celebrities, moved here in 2010. “I wasn’t even planning to move when I came to a party in the penthouse here and fell in love with it.” The restaurant Bottega Louie at 7th and Grand also sold him. “It feels like a café in New York, and it’s full of life.” When he lived in West Hollywood, he knew only people’s faces. “Here the building management throws dinners, they have meet-and-greets. There are a lot of opportunities to meet people.” He lives on 4th Street, and the supermarket is on 9th. “If it’s any farther than that, I take the car.” With all the security guards on bikes patrolling the streets, Cartwright feels safe at night. “I wouldn’t walk down any street at four in the morning counting money, but if I went to Pete’s Cafe at midnight, I wouldn’t be uncomfortable walking home.” Friend, a graphic designer, and D’Albert, the producer of the wrestling and burlesque show Lucha VaVOOM, honeymooned at the Biltmore. “The next morning we had breakfast at the Standard and kicked around a bit and realized you could actually live somewhere where you could walk around,” says D’Albert. Having a dog makes all the difference. “The amount of people that said hello quadrupled,” says Friend. “They get to know your dog, and then they get to know you.” The couple is not so fond of downtown filming. “Someone told us to shut up when they were filming that stupid Hotel for Dogs movie,” says Friend. “But where else can you get up and bump into David Caruso having a Danish?” When the baby strollers arrive, they’re outta here. “They’re the advance guard for the Hummers,” says D’Albert.