Home Dining Doughnut Time! When to Get Winchell’s’ Freshest Fritters and Old Fashioneds 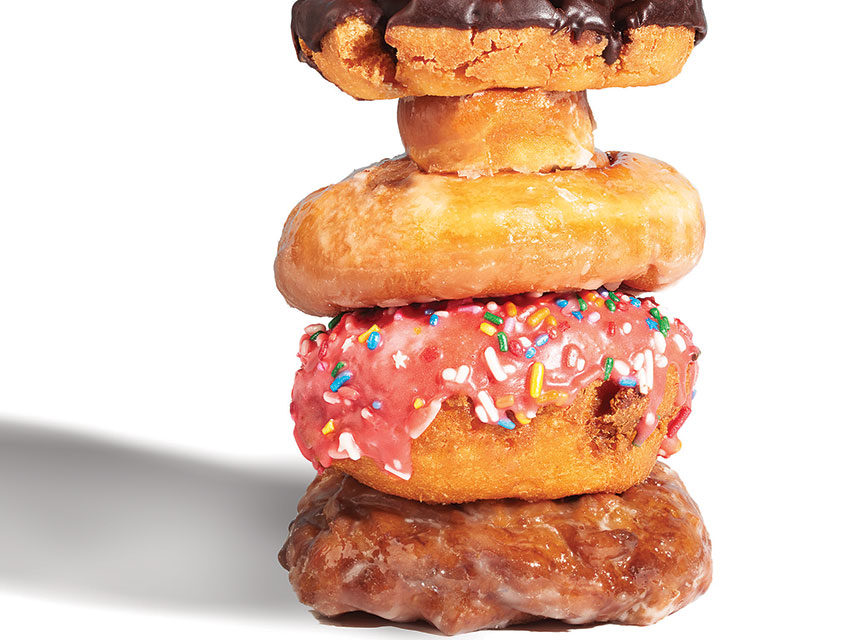 Prefer your twists chewy and your glaze still warm? Len Bell manned the fryers at Winchell’s for more than a decade and shares the schedule for a typical nightly doughnut drop. Cases are filled all at once around 5 a.m., but ask nicely at the right hour for a fresh one off the rack.

12:30 a.m
Jelly Doughnuts
“You always start with the raised doughnuts, like the jelly. They use the softest, freshest dough and need to be filled while they’re fairly warm. The jelly machine has a tube extending out of the side with a very sharp point.”

1:30 a.m.
Twists
“The twists are made from the first dough while it’s soft and chewy. If you glaze a doughnut while it is cold, it won’t melt and it’ll be opaque looking.”

2 a.m.
French Crullers and Old-Fashioneds
“These use a different dough—it’s actually a batter.”

2:30 a.m.
Doughnut Holes
“You make those with the raised dough before the cinnamon rolls, simply because they are softer.”

3 a.m.
Cinnamon Rolls and Cake Doughnuts
“By this time the dough has been abused. It’s been rolled over and over again, and it stiffens up. This is called the ‘end dough,’ and it has a different mouth feel that’s perfect for cinnamon rolls. For the cake doughnuts, you mix a new batch of batter that’s completely different from the others.”

4 a.m.
Apple Fritters
“The cooks throw the apple filling on top of the bundle of dough, and they start chopping it, turning it, folding it, and chopping it again. They add cinnamon and then keep forming it until it’s fry time.”

The Best Free Things to Do in L.A. This June