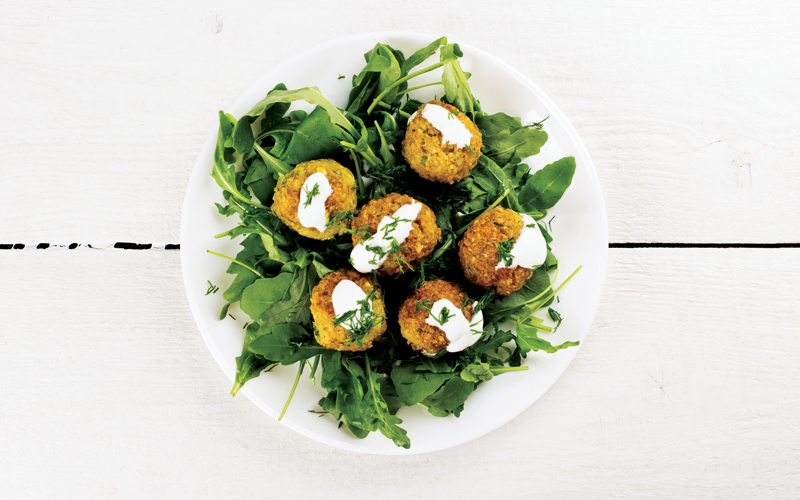 The Armenian diaspora in L.A. is so massive, it has come to define East Hollywood and Glendale. Want a taste of the nation? Start with Zankou Chicken and Falafel Arax, two fast-casual juggernauts in each neighborhood. Our question: Which is better?

Zankou Chicken: The fat under the orange-tinged skin is fully rendered; the cook on the bird, miraculously even. The breast is as juicy as the thigh, which, as anyone who’s roasted a chicken knows, is not easy to achieve.

Falafel Arax: It could be an overcooked rotisserie chicken from anywhere (Ralphs, maybe?). The skin is desiccated, the breast tastes like under-seasoned jerky, and the dark meat is nearly inedible.

RELATED: Where to Find Mexico’s Regional Specialties in L.A.

Zankou Chicken: If you close your eyes and think of hush puppies, you’re eating hush puppies. The pieces are dry, bready, and missing that fragrant one-two punch of cumin and parsley. The dish also lacks tahini—sacrilege.

Falafel Arax: When falafel is in your name, you better deliver, and Arax does. Crispy on the outside and moist on the inside, the morsels come out well fried (and slathered in tahini). Pickled turnip helps cut the grease.

Zankou Chicken: It’s velvety, it’s garlicky, it’s a fine chickpea puree—but it won’t blow your mind. The spread is overshadowed by the other items on the plate, destined to play a supporting role to the all-star chicken.

Falafel Arax: There’s more of everything in this hummus than in its Zankou counterpart: bitterness from the tahini, freshness from the lemon. It’s what has you licking your fingers long after the food is gone.

And the winner is… us.

Yeah, Falafel Arax technically wins, but I mean, these are both pretty good. Your mouth is watering after reading this, too, right?