Home Food & Drink Star YouTube Chef Byron Talbott on Where to Eat (and What to... 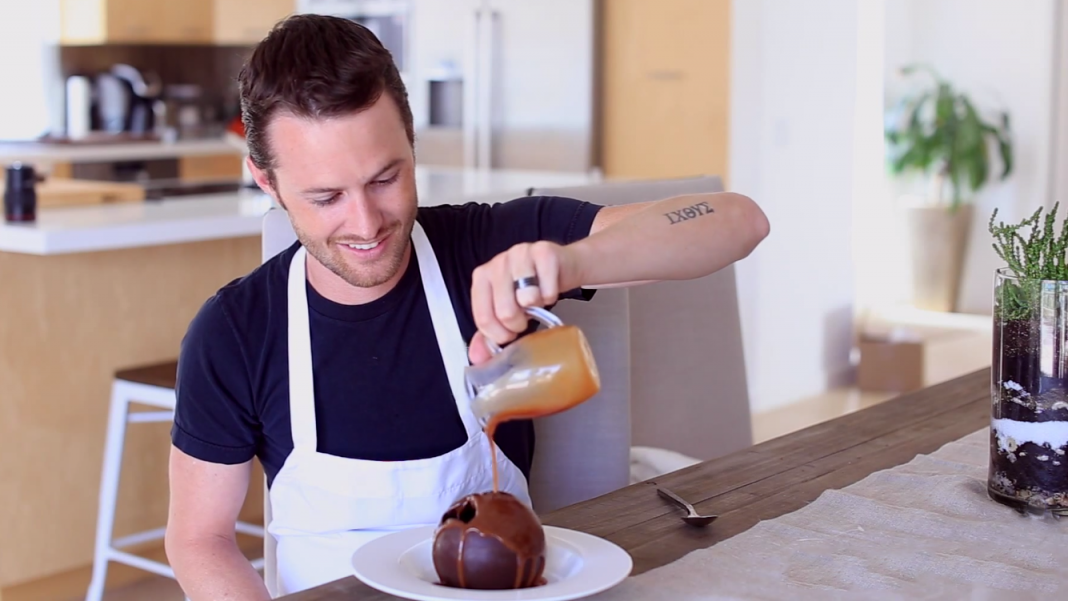 YouTube cooking videos can rack up millions of views these days, but besides the camera equipment and presenter persona, not much else separates many of these content creators from their viewers. But with Byron Talbott, his 1.3 million YouTube subscribers know that he knows what he’s talking about.

As a veteran of high-end kitchens, including ones helmed by Thomas Keller and Gordon Ramsay, he brings serious culinary chops to videos that show curious viewers skills, including poaching eggs, correctly cutting different fruits, and cooking fancier fare like a spicy avocado steak tartine.

With that impressive pedigree in mind, we thought he’d be the perfect guy to dish about aspects of the chef life most people don’t know about, menu phrases you should be wary of, and his picks for great L.A. spots.

Keller’s team is in a “caliber of their own,” Talbott says, and what sets them apart is Keller’s meticulousness, even with attire. At Bouchon, you couldn’t get a haircut without the chef’s approval.

“He’s very keen on how you present yourself as a chef in the kitchen. I got away with a goatee—I don’t know how I did, a lot of the other guys couldn’t, and they were pissed off,” Talbott says. “Guys would come in with stubble, and we’re like ‘The chef’s coming in, you think you can get away with that?’ So they’d have to go to Rite-Aid and get a razor to shave, or they wouldn’t be able to be in the kitchen that day.”

Talbott recalls a story of a time when the renowned chef hit up in a Baskin-Robbins in the midst of a mental roadblock, and the cone he ate there inspired a new culinary creation, a salmon roe whipped-mousse appetizer.

While Talbott admires Keller, he is on another level of effusiveness when talking about Cronut creator Dominique Ansel—he gestures animatedly, eyes gleaming with excitement.

“How many chefs have been working with pastry dough or croissant dough that never thought to cut it in a donut shape and fry it?” Talbott remarks. He says Ansel has a kind of magic quality, just the right mixture of creativity, fundamental skills, and the ability to make something people can relate to.

When Ansel’s first L.A. restaurant recently opened, Talbott planned to brave the infamous line and show up “with my autograph book like it’s Star Wars.”

To find new food trends, Talbott says all he needs to do is look at a list of the current top 100 chefs in the world and research their work. From there, he can see the direction cuisine will be heading in the next year.

The vegan and sustainable crazes are here to stay, but he’s particularly excited about the ascension of pastry chefs like Ansel. In his eyes, pastries are where it’s at, especially those that incorporate savory flavors.

As for where he eats in L.A., in addition to Ansel’s 189, République and Mélisse both get shout-outs from Talbott. Another place he wants to hit, especially on date night, would be Otium. He’s enticed by the glam-yet-cozy interior, and the open kitchen of Timothy Hollingsworth’s DTLA restaurant. For more affordable places, there’s Daniel Humm’s  NoMad Truck, and Good Pho You, a hole-in-the-wall spot with a gloriously punny name and what Talbott says is the best pho in San Fernando Valley.

Service is a huge reflection of the quality of the manager and chef, Talbott says. If a waiter needs to keep going back and checking after being asked a question, or they seem unsure of an answer, that might be a sign that the restaurant doesn’t quite know what they’re doing.

And just because there are lots of French phrases on the menu doesn’t make it a good restaurant. “There was this whole trend where every restaurant would have ‘sous vide’ in their menu, but if you don’t do it right, it’s just undercooked meat,” Talbott says. And same for confit. “You can technically get a grapefruit confit somewhere,” he says.

RELATED: Dominique Ansel’s First Restaurant Offers a Brunch Unlike Any Other in L.A.