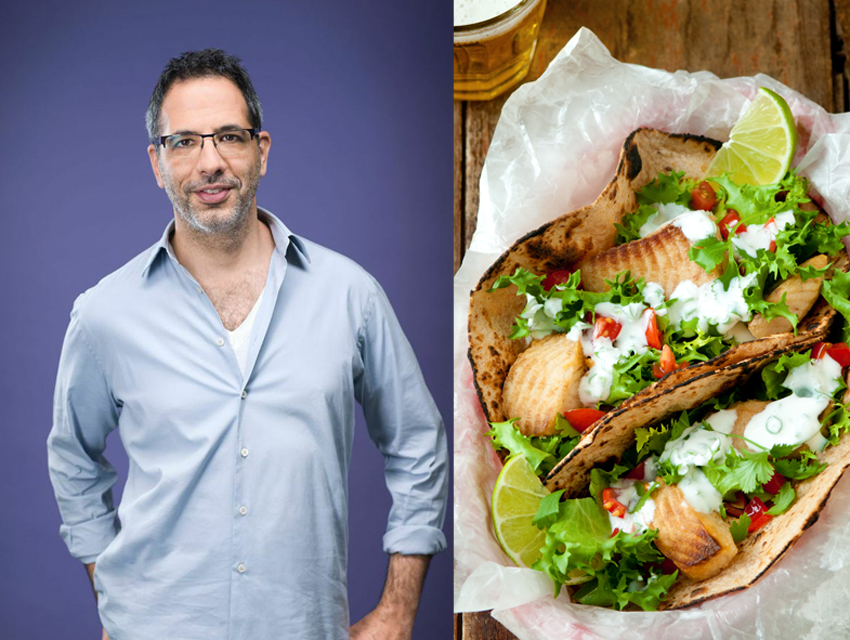 Yotam Ottolenghi pretty much owns food right now. His eponymous restaurant and slew of delis in London couldn’t be hotter, his James Beard award-winning 2012 cookbook, Jerusalem, had every Midwestern housewife trying to find za’atar, and his new book, Plenty More (the sequel to 2011’s Plenty), redefined vegetarian cooking. But, does all this mean he knows anything about tacos?

We recently sat down with the Israeli-born chef to ask him about the rise of veganism as a Hollywood trend (he’s not really into it), the importance of authenticity in regional cooking (he’s sometimes into it), and his overall experience with L.A. food (he’s into it, but wants to try a lot more).

And, because we’re such damn fine reporters, we also asked him what an Ottolenghi taco would look like. “That’s a really good question,” he said, and sat back in his chair to ponder. After a minute or two, this was his answer: