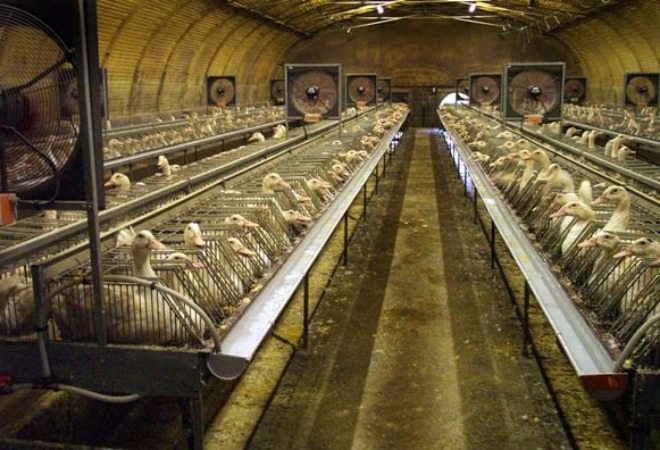 California’s controversial ban on foie gras, which was voted on in 2004 and went into effect in 2012, might be landing on the Supreme Court’s plate as soon as next year.

Thirteen states—which includes Kansas, Georgia, Missouri and South Carolina—have filed a joint brief asking SCOTUS to review the constitutional legality of California’s culinary prohibition, which states that “a product may not be sold in California if it is the result of force-feeding a bird for the purpose of enlarging the bird’s liver beyond normal size.”

Since the ban was enacted, it’s been fierce point of contention between the state’s chef and restauranteurs (some who have skirted the rules by giving it away on tasting menus) and animal rights activists who see the French delicacy’s production as inherently cruel.

Another voice joining the battle is Santa Monica-based attorney Michael Tenenbaum, who represents a California restaurant company, a New York state foie gras producer, and a Canadian organization of duck and goose farmers, all seeking to overturn the ban.

“While some in the California Legislature may think that they have the power to tell farmers in other states what to do, at least 13 other states recognize that this unconstitutionally interferes with interstate commerce,” Tenenbaum told McClatchy D.C earlier this week. His concerns echo the sentiment of the briefs filed by other state attorneys.

California Attorney General Kamala Harris, however, doesn’t agree. According to brief file by her team, “State laws prohibiting the sale of products based on concerns about animal welfare, or simply on a social consensus concerning what is appropriate, are not unusual.” The brief also cites state bans on horse meat as an example.
Thus, it looks like the debate over banning foie gras, may come down to a decision between animal welfare and state commerce rights, and whether the Supreme Court decides to take up the case. Last August, the 9th U.S. Court of Appeals voted to uphold the ban, but the Supreme Court could move to overturn that ruling, an act which is not uncommon.
The Supreme Court will decide on whether or not to hear the case in September, when the final 75 or so cases for the coming year’s term are decided.

Californians Ignore Newsom’s Plea to Cut Water Use Amid Drought