Home Uncategorized Where to Get Your Fiesta Fix: The Best of This Month’s Latin... 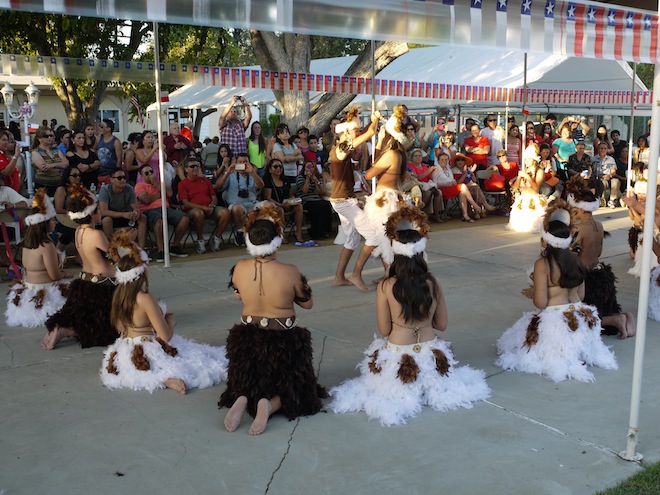 There are enough Mexicans, Central Americans, Caribs, and South Americans in Los Angeles to have a patriotic event just about every weekend. Wouldn’t that be fun? You could hear the rhythms of samba, the tango, punta rock, tambora, and the cumbia all at once, and learn about the cultural foods from south of the Rio Grande to Cape Horn. Alas, each culture likes to host its own festival. Chile held an intimate gathering last weekend, and Brazil’s most recent fest took place on September 7. Don’t miss these, taking place later this month.

Belize: You may have missed Chile and Brazil, but this weekend, September 21-22 at the Hollywood Park Casino, L.A.’s Belizean community will celebrate their Independence Day to the sounds of punta rock, Jamaican and Belizean hip hop, and even some talent directly from Belize City like Denise Castillo at the Biggest Belizean September Celebration.

Be on the lookout for panades (tortillas filled with tuna or other meats), salbutes (soft tostadas of chicken), and rice and beans—the national dish of Belize consisting of coconut rice and beans served with a protein.

Argentina: L.A. porteños (people from Buenos Aires) celebrated their Independence Day on July 9, but the Argentine community still has one more party in them while the weather is still fantastic. Do get tickets to this asado a la estaca, or meat roasted on stakes, which will be performed by Martin Fierro Asados on Sunday, September 29.

The fifth annual Fiesta Gaucha will also use the Disabled American Veterans Club for its Argentine cowboy-style cookout, complete with a tango show.

September in L.A. is the best time to add some Latin-American spice to the last gasps of summer with celebratory music, dance, food, and drink.