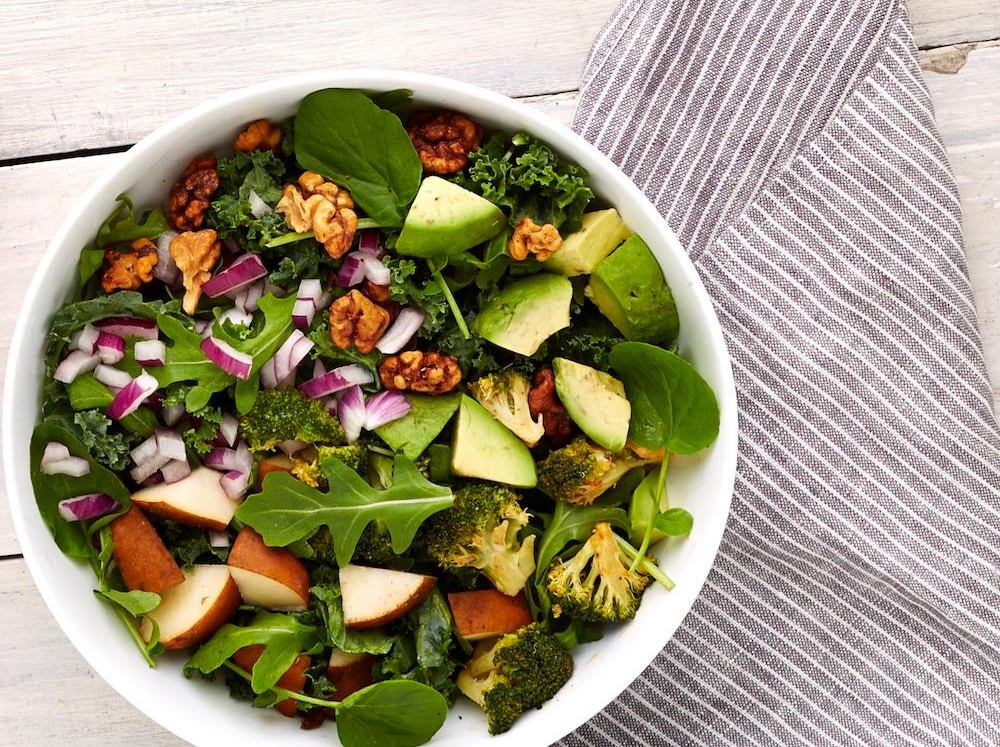 1. Catch & Release
Just when you thought the East Coast seafood trend was going out with the tide, in comes chef Jason Neroni to share lobster rolls and smoked cod chowder with Marina Del Rey diners. Catch & Release takes over the former Paiche space, offering a menu influenced by both Southern California and Maine. Dive into everything bagels with trout roe and burrata, sea urchin carbonara, and red snapper hot dogs.

2. Jon & Vinny’s
One of the most anticipated openings of the past few weeks was Jon Shook and Vinny Dotolo’s all-day Italian restaurant on Fairfax, and we’re still excited. The menu focuses on classic red-sauce fare, including crisp-crust pizza, fresh pasta with bolognese, and meatballs. There’s tiramisu for dessert. Tucked behind the dining room is where you’ll find Helen’s, a small wine shop.

4. Sweetgreen
Washington D.C.’s popular salad bowl chain has arrived on West Third St. offering customizable creations topped with everything from kale to quinoa. The menu touts seasonal, farm-fresh produce (which we are already spoiled by in California) along with speciality bowls like “Rad Thai” and “Guacamole Greens.”

5. Maré
Hidden in a small space behind Greenspan’s Grilled Cheese is the newst project from chef Eric Greenspan, an intimate European bistro called Maré. Pass through the sandwich shop up front to enjoy a quaint patio and dishes like clams in vadouvan green apple broth, fried smelt, and skirt steak with chimichurri sauce. The menu is as compact as the space, but packs a variety of bold flavors.

6. Pitchoun! Bakery & Café
This ambitious French bakery and patisserie is bringing a touch of Paris to Downtown. Linger at one of the patio tables with a latté and croissant, or choose one of the several sandwiches, salads, or tartines on the menu. Fresh slices of quiche lorraine and French toast with housemade jam undoubtedly be a draw for DTLA brunchers.

7. B.S. Taqueria
When a chef of Ray Garcia’s prowess takes on tacos, there’s bound to be excitement. Located in the former Mo-Chica space, this casual sister restaurant of the soon-to-open Broken Spanish concept offers taqueria classics like toasted chiles toreados and cactus salad, as well as a variety of tacos (everything from carne asada to clam and lardo) served on freshly milled corn tortillas.

8. Belcampo Meat Co.
The long-awaited Santa Monica restaurant from this Bay Area-based sustainable butchery outfit is finally here. Former Josie chef Maiki Le is serving inventive dishes like grilled beef heart with salsa verde and goat tartare while Josh Goldman handles the cocktails. Add in the Belcampo butcher shop next door, and all your meat needs will be met.

10. Triple 8 Bar & Grill
The latest addition to L.A. Live’s diverse dining scene is this high-end Chinese restaurant from the team behind Wokcano specializing in Cantonese seafood and dim sum, plus specialities like Peking duck and xiao long bao soup dumplings. Even more impressive, the sleek modern space will be open from breakfast to late-night dinner nightly. It’s that EB-5 money in action.