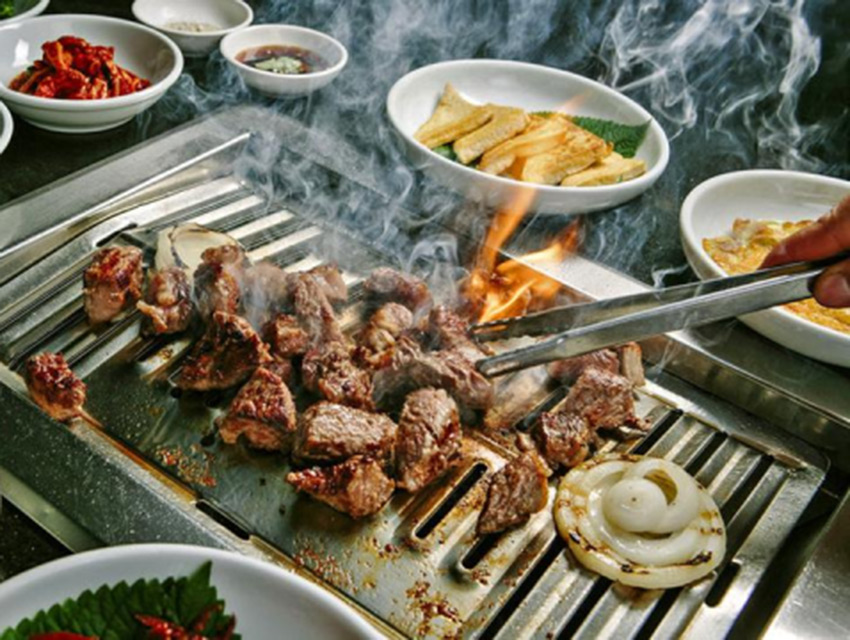 Hungry for a delectable sliver of pork belly, some bulgogi, and a bowl of sujebi on the side? These are Koreatown’s finest barbecue joints.

Named in honor of a Korean wrestler turned comedian, the popular spot is like a night out in Seoul. It doesn’t accept reservations, but get your name on the list—it’s worth the wait.

Since 2003, the joint has been thrilling throngs of fans with American wagyu beef and some of the best banchan in the neighborhood.

Granted, the name means “star intestine,” but expect more than just offal. The sujebi (dough-flake soup) tastes of the homeland.

The namesake lunch dish here is beef soup. By sundown the two-story spot is swarming with barbecue bargain hunters willing to endure nightmarish valet parking for the all-you-can-eat deal: $27 per person.

Don’t let the big-screen TVs and pounding music deter you from one of the top AYCE places. Nab a table before the post-8 p.m. crush.