Home Uncategorized What’s in a Name? The Kate Mantilini Story 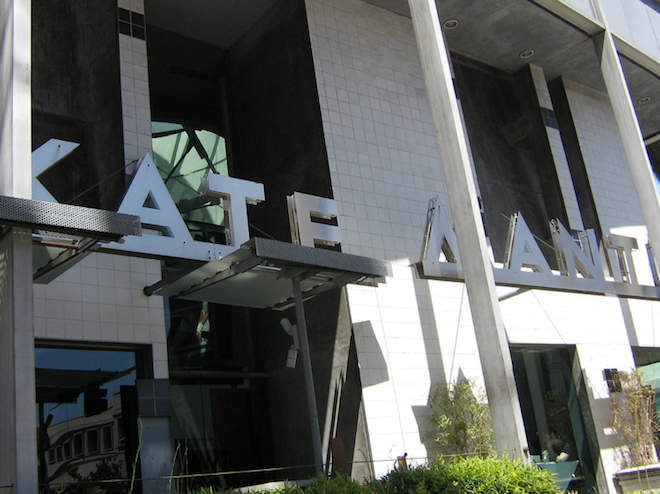 Earlier this week, when we heard that longtime L.A. restaurateur Harry Lewis had passed away, I was reminded of Kate Mantilini, the restaurant on Wilshire that Lewis owned until 2009 (at which point his sons Adam and David took over operational duties). Every time I pass that restaurant, I wonder who Kate Mantilini is. Is she a chef? Was she an actress? Someone’s muse? A wealthy man’s lover?

Finally, the answer has come from a Harry Lewis rep: Harry Lewis’ wife Marilyn had an uncle named Rob. A philanderer, Rob had a longtime mistress named Kate Mantilini, whose name is now immortalized on the restaurant’s facade.

Adam Lewis said his grandmother didn’t like the name that Harry and Marilyn picked for their new restaurant. “That was a vile woman,” she said, “I can’t believe your mother put her name up in lights.”