Home Uncategorized What to Eat at Chianina Steakhouse, Opening on December 27 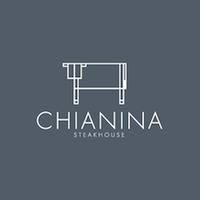 Meat—it’s the final frontier of the farm-to-table movement. You know where your produce and poultry come from, but unless you know your butcher really, really well, it’s hard to tell if that steak or pork loin came from Kansas or Texas, from a massive feedlot or from rolling green hills. Part of what Michael Dene, who owns the acclaimed Michael’s on Naples and Michael’s Pizzeria, is aiming for with his next project, Chianina Steakhouse, is to eliminate any mystery in regards to the meat.

“At all of our restaurants we cook like my mother did. She lived to be 100 and she never ate food out of a can in her life,” says Dene, who carries with him an air of James Conway, Robert de Niro’s character in Goodfellas. Dene continues, “We’re not just sourcing vegetables and fruits locally—we’re trying to produce as many raw ingredients as we can ourselves. We’re making our own mozzarella. From the water [still and sparkling are filtered and bottled in-house] to the wine, we know where everything comes from.”

Chianina cows are massive creatures. The males are more than twice the size of an average Angus, weighing in at nearly 4,000 pounds. It’s because of this, and the fact that they are an Italian breed that has historically been very difficult to import and never caught on in the U.S., that we rarely—if ever—see Chianina steaks on menus in the states. Though Dene and company are looking for a California farm to house their Chianina cattle (they own two steer and two heifers), for now the small herd is stationed in Utah and the restaurant is importing their meat from Italy.

Dene’s new steakhouse will serve a Chianina porterhouse, T-bone, and New York Strip when it opens. Piedmontese beef (which comes from smaller, perhaps 1,000 pound cows) will also be featured on the menu. Both breeds of cattle produce leaner, less marbled cuts of steak, though they have a gene that encourages a juicy, tender cut of beef without as much saturated fat. They are also grassfed, which adds another layer of flavor.

Choose your steak and then pick from three sauces, including a rich Bordelaise. The side dishes, including potato gratin (with cream and Grana Padano) and creamed spinach (ethereal and bright), stand out, even against the richness of the meat.

A long bar runs the length of the space and seats 22. There, patrons can order from a separate bar menu, which includes a Chianina burger, or from the dinner menu. The wine cellar will house over 700 bottles.

Though rumors have been circling that Michael’s Pizzeria is coming to Beverly Hills, Michael Dene whispers that he might actually transform his new L.A. space (the former home of BierBeisl) into a Chianina. “L.A.’s demand for our restaurants is clear; every weekend, at least 30% of the clientele at Michael’s is from central or West L.A.,” he explains, “So we’re coming to L.A. and we think a Chianina will be a very interesting addtion to downtown Beverly Hills.”

Chianina Steakhouse opens on 2nd Street in Long Beach on December 27, exactly six years after Michael’s on Naples first opened its doors. The restaurant will serve dinner nightly, Tuesday through Sunday. After L.A., Dene has plans to take Chianina to Chicago, and then New York, where he still has a home.