Home Uncategorized What To Drink This Friday for National Rum Day 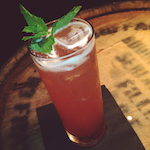 For those who actually need an excuse to celebrate booze or just want to drink like a sailor, hold onto your livers because this Friday, August 16 is National Rum Day! I love that it falls during the dog days of summer, just when we’re craving tropical drinks and punches.

Celebrate any way you want, whether it’s doing up the perfect Mai Tai or swearing like a pirate while cradling a barrel of rum. Light, dark, Jamaican, Puerto Rican—it’s all good. However, if you’re looking for even more ideas, here are a few of special rum drinks around town, as well as bars who will be offering drink deals for the alcoholiday.

320 Main in Seal Beach is celebrating early by offering $2 off its Mai Tai and Ti Punch made with Clement VSOP. On Friday, get $2 off all rum drinks. And for those who want to party through the weekend, Monday is the bar’s annual Tiki Night (7 to 11 p.m.) when L.A. bartenders Edwin Cruz (Spare Room), Danielle Crouch (Cana Rum Bar), and Joseph Swifka (La Descarga) will be mixing off against South Bay ‘tenders Gabrielle Dion (Broadway by Amar Santana), 320 Main’s Rum Dood Matt Robold, and Kelly Merrell (Trader Sam’s Enchanted Tiki Bar). Guests determine the winners by voting on their favorite drinks. There will also be drink specials, hot dogs, and a DJ.

The newly opened Acabar in Hollywood has their potent tiki cocktail, the Zombie (Jamaican Rum, Puerto Rican Rum, Lemon-Heart 151, Lime, Don’s Mix, Falernum), on tap! But as is tradition, Zombies are limited to two per person.

Downtown’s Cana Rum Bar will be giving out complimentary memberships to everyone who mentions Rum Day. They are also offering their rare and unique rums, listed under “Temporal Pleasures,” for half off. “To really celebrate rum as a noble spirit that’s every bit as complex as fine whiskey, you need to try the good stuff. We’re making that a whole lot easier on our favorite fake holiday that Danielle [Crouch, bar manager] can never remember,” said Cana’s Allan Katz.

Cinco in Westchester literally went out of its way for its Rum Day-dedicated cocktail “Summer Storm.” Cinco co-owner Blake Landis traveled down to Barbados and personally selected the barrel of Mount Gay Rum, whose spirit was then mixed with raspberry syrup, lime, and ginger beer for the cocktail which will be priced at $10. Or opt for Dealer’s Choice with Mount Gay for the same price.

Eveleigh bartender Dave Kupchinsky claims to have made the greatest Hotel Nacional in the whole world. Fightin’ words for sure. The classic rum cocktail debuted on the West Hollywood bar/restaurant’s summer menu and is made with Cuban rum, apricot eau de vie, fresh pineapple, lime, and cane sugar. It’s pretty damn good but Rivera’s Alex Barbatsis claims his is the best. Try both and cast your vote.

Sexy rum den La Descarga will serve up a sneak taste of a couple of its new cocktails: “El Bailarin” (Bacardi Solera rum, nutmeg, passion fruit, and lime) and “Distant Shores” (Plantation 3 Star Rum, Dolin Dry Vermouth, Pernod Absinthe, mint, sugar, and lime). But since they’ll be in limited supply and served at a reduced rate of $10, bar manager Joe Swifka recommends that guests make reservations for earlier in the evening so they don’t miss out. FYI, on Fridays La Descarga is reservations only.