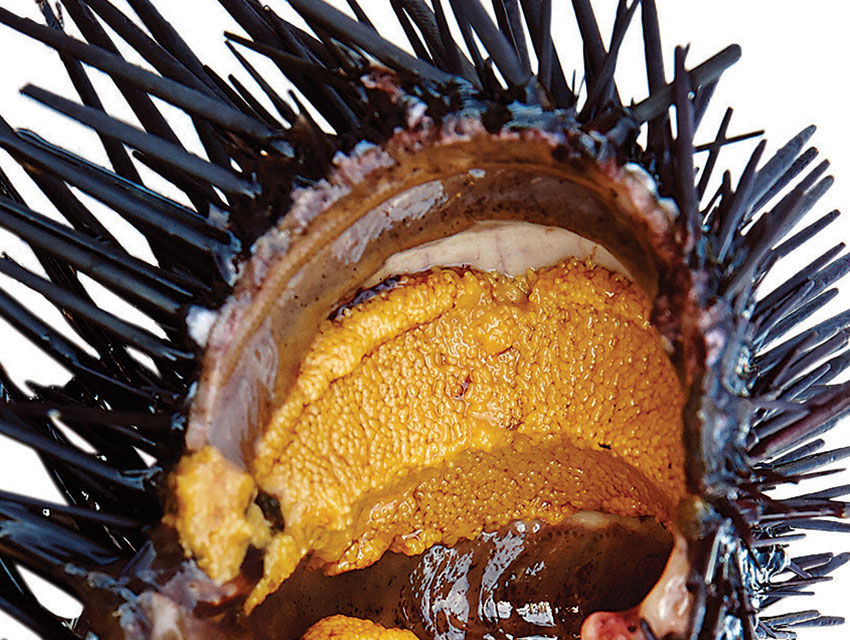 When 21,000 gallons of crude oil spewed from a ruptured pipeline into the Santa Barbara Channel last week, Southern California seafood lovers—and those who value wildlife in general—cringed. What would happen to our beloved uni? The channel’s prized spot prawns? Would the less glamorous rockfish suddenly become out of reach?

Of course, the impact goes far beyond what tops our sushi, but for seafood lovers, there is good news and bad news in this environmental mess. The good news is that the Santa Barbara uni at your favorite sushi bar remains both delicious and safe to eat. The bad news is that our favorite uni diver has to trek a little further to pluck it from the ocean floor.

“The media is doing a really good job hyping it up,” says Stephanie Mutz, who supplies fresh sea urchin to LA restaurants like Providence and the Eveleigh.

As she pulls in her day’s catch she tells me over the phone, “The most important thing for people to know is that Santa Barbara seafood is safe to eat.” She pauses for a moment to give orders to her colleagues on the dock. “Basically,” she says turning back to the phone, “all it does is make an already difficult job a bit more difficult.”

For divers and fishermen the spill forces them to travel further for their product, but for crab fisherman Brandon Boisky going further isn’t an option. Boisky manages the farmers’ markets for Wild Local Seafood and began his career fishing for crab along the affected shorelines of Santa Barbara. He is responsible for over one hundred traps that are now unreachable due to the spill and his boat is too small to cross the channel in search of other fishing opportunities.

“An average day would bring in 800 to 1,000 pounds of crab,” he explains. “We’re required to check the traps three days a week and there are probably five guys fishing in that area. So that’s as much as 15,000 pounds of crab that we are losing per week.”

He is quick to add that the Santa Barbara coast is no stranger to crude oil. “There is natural seepage at Coal Oil Point,” he says. “But nothing like this volume.”

Stephanie also acknowledges the crude oil that is always present in the water, and she’s thankful that the clean up crews have not resorted to dispersants which she describes as even more toxic than the oil itself—yet.

“We don’t know what the long term effects are, but the ocean is doing what it’s supposed to do and dispersing it.” As fr the fish she says, “They’re pretty flippin’ mobile. If they are irritated by it then they’ll move. Even urchins can book it.”