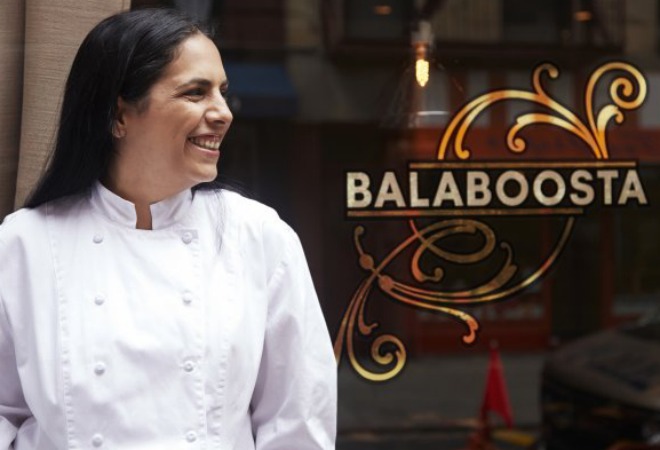 Passover is this week, which has Jews and non-Jews alike comingling over brisket, lamb, matzo-ball soup, and glistening balls of gefilte fish (OK, maybe just the Jews for that last one.)

Einat Admony has made a career out of pushing the foods of her Jewish heritage. The self-described 21st-century “Balaboosta” (Yiddish for perfect housewife) is the owner of a New York City restaurant of the same name and released the gorgeous Balaboosta cookbook in September. Next month, the New Yorker will bring her Israeli and Mediterranean-inspired dishes to L.A. a four-night Balaboosta pop-up inside Mauro’s Café at West Hollywood’s Fred Segal.

For three nights—May 27, 28, 29, and 31—Admony will serve up what she’s calling “elevated, upscale” versions of the dishes she serves back East, such as Adobo-rubbed skirt steak with charred tomato, spring onions, and a cherry tomato vinaigrette and shrimp kataïf with tobiko sauce.

The three-course prix-fixe dinners will set you back $90 per person, not including tax, gratuity, or wine (the latter of which was pretty much Moses’s eleventh commandment). You can make reservations online or by calling Mauro’s at 917-740-1003.