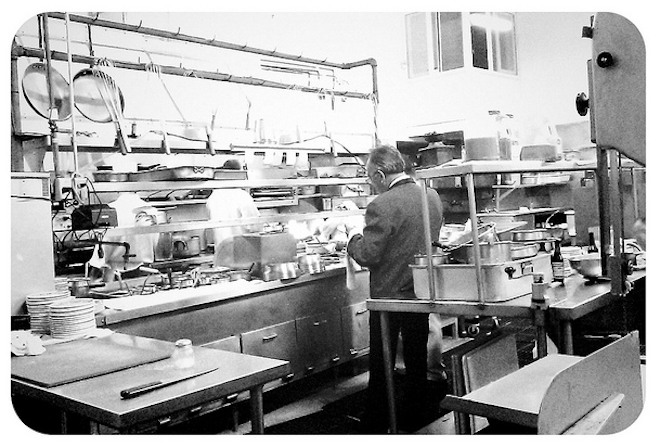 The Musso & Frank Grill, which opened in 1919, has always served a long menu of grilled items alongside its popular martinis. After Joseph Carissimi and John Mosso bought the restaurant in 1927, construction began on an extension, called the Back Room. The new dining room and a refurbished kitchen—including a (then) state-of-the-art kitchen grill with cast iron grates—was completed in the mid-1930s. The massive cooking device was built to last; all of Musso & Frank’s steaks are still seared on its blackened grates. Here, six more stats on the most famous grill in Hollywood.