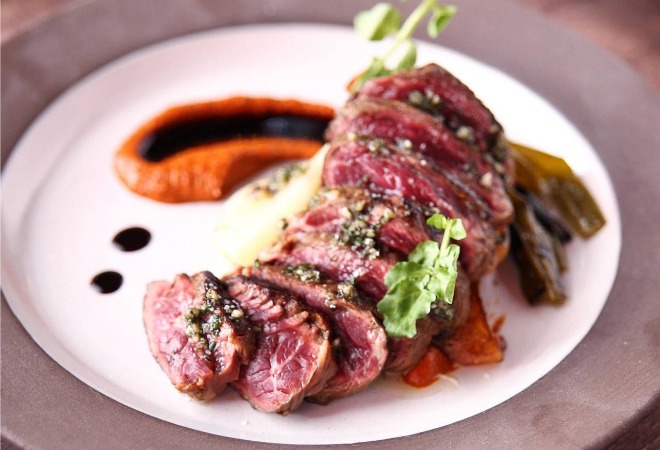 Each Friday, the Digest will survey the burgeoning L.A. restaurant scence and compile this (highly unscientific) list of the most hyped and heralded restaurants in town this instant. Whether old or new, big or small, near or far, these are the restaurants that have people talking. Whatever that means. Anyway, we recommend getting a seat at these places while you still can.

Hart & the Hunter chef Brian Dunsmoor has expanded to the former Flores spot on Sawtelle for a temporary culinary residency. Dunsmoor and his crew are serving a Southern-infected menu filled with smoked salmon johnny cakes and honey-drizzled chicken-fried rabbit, but for who knows how long.

Restaurateur Paul Hibler has assembled something of a chef supergroup (Jason Neroni, Jason Travi, Lincoln Carson) at this casual Venice hangout, which serves everything from breakfast to dinner along with fresh-baked breads, pastries and desserts.

What was once an industrial loading dock in the Arts District has been transformed into a slick, modern restaurant featuring rotating head chefs throughout the year. The first: David Nayfeld, formerly of NYC’s Eleven Madison Park, who will cook his progressive American fare—like roasted sunchokes with molé—through July.

Downtown L.A. finally gets a taste of the new-wave deli trend with the opening of chef Micah Wexler’s Jewish delicatessen inside Grand Central Market. House-smoked pastrami and lox are available daily, buttressed by locally baked bagels and rye bread.

An oyster bar in the Valley? The bartending minds behind Honeycut are slinging drinks at this Sherman Oaks seafood spot, which touts dishes like lobster terrine and uni toast, along with freshly-shucked bivalves. And yes, the oyster-scotch luge is a thing now.

The team who brought you Bar Covell and L&E Oyster Bar have flipped the Silver Lake branch of El Conquistador and turned it into this equally colorful and flamboyant Mexican cantina, which specializes in tacos, tortas, enchiladas and muy fuerte margaritas.

This high-end Japanese restaurant in Beverly Hills blends elements of traditional omakase and kaiseki cuisine. Behind the sushi bar is chef Shigenori Fujimoto, a Tokyo-trained veteran of both Matsuhisa and Asanebo. If you don’t feel like throwing down for the full multi-course experience, there is an á la carte menu offered as well.

Get the Recipe for Faith & Flower’s Revamped Spanish Milk Punch