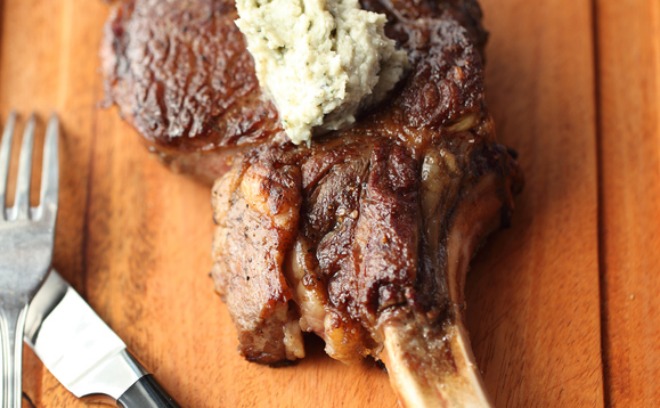 1. Alimento
Sotto chef Zach Pollack is putting his own spin on rustic Northern Italian cuisine at his long-awaited Silver Lake restaurant. If thick-cut mortadella sandwiches, mackerel conserva and biodynamic Nebbiolo are your jam, then this is your kind of place.

4. Gaji
Downtown has netted a modern Korean restaurant in Gaji, which launched dinner service this week after serving lunch for part of the past month. The sleek, uber-modern space is headed by chef Minh Phan, who is putting out dishes like furikake-molasses corn bread and duck fat-sizzling bibimbap.

5. Old School Eatery
Did somebody say bacon cronut burger? The far-flung town of Sierra Madre is gaining an exciting (and unconventional) new restaurant from Brooklyn chef Marc Elliot, who is serving playful dishes like brisket pita pizza and Salisbury steak in a quaint gastropub setting.

6. Dockside
The main restaurant of Brooke Williamson and Nick Robert’s long awaited multi-concept Playa Del Rey food complex is now open, and things look good so far. Dine on clams casino, lobster rolls, and fried sand bands within footsteps of the beach. Pop in for a whiskey cocktail at the semi-hidden Grain bar.

7. Kush Sake Bar
Who would have guessed that not one, but two, marijuana-named restaurants would open in 2014 (the other being POT). This Echo Park Japanese restaurant, opened by the owner of Silverlake Ramen, specializes in kushiyaki, or grilled meat skewers, and various izakaya plates. The operation might not be entirely settled yet, but charcoal-grilled skewers seem like a promising offering for the neighborhood.

8. Marvin
Restaurateur Bruce Marder and his son Max are behind this Parisian-inspired bistro on Beverly near The Grove, along with some help from Escuela’s Steven Arroyo. The focus is on wines by the glass and bistro faves like steak frites, cassoulet, mussels, and une cheeseburger.

10. ChocoChicken
Chocolate-flavored fried chicken has hit L.A. like a hurricane, and it tastes way less weird than it sounds. The slaw-topped fried chicken sandwich has proved an early hit with downtown lunchers. And people called Adam Fleischman crazy…