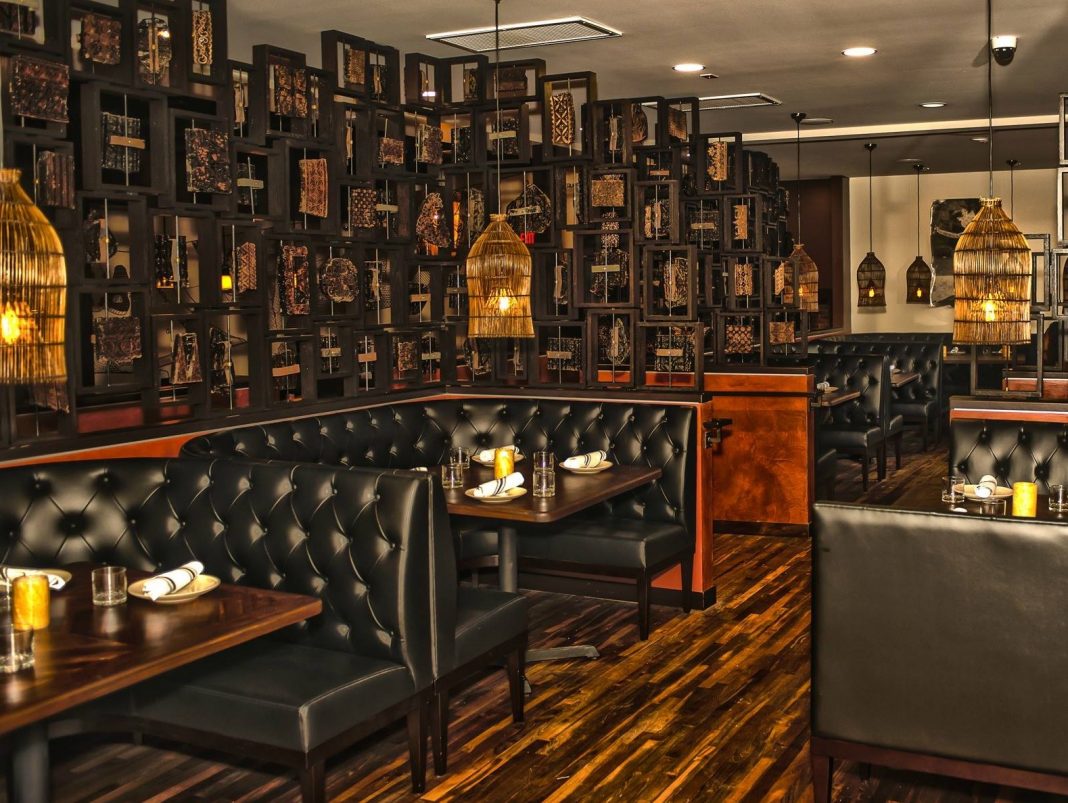 1. Sushi Tsujita
Tsujita is the gift that keeps on giving. After opening two ramen restaurants, the Japanese-based company has launched an elegant sushi bar just one block north along Sawtelle. The focus is on precise and intricate omakase meals at dinner—the most basic option starts at $120 per person—but lunch is far more affordable, including a great chirashi bowl deal studded with fresh sashimi.

2. Pistola
The old A.O.C. space has been transformed in Pistola, an Italian steakhouse that pays homage to the classy red sauce and porterhouse joints of yesteryear. Co-owners Vic Casanova of Gusto and Seth Glassman of Rivabella plans to offer a dozen or so house-made pastas, and roster of dry-aged beef cuts. To drink there’s a selection of classic cocktails, an Italy-dominated wine list, and a few amaro for after-dinner sipping.

5. Gardarene Swine
An all-vegetable restaurant in Studio City? Phillip Frankland Lee’s new restaurant isn’t being billed as a vegan, but the Scratch Bar chef has created a fixed menu of meat-free dishes that focus exclusively on the flavors of local produce. Housed in a rather intimate cottage, diners will have the option to enjoy a fixed-price omakase-style menu as well as soju cocktails made with fresh-pressed juice.

7. Alimento
Sotto chef Zach Pollack is putting his own spin on Northern Italian cuisine at his long-awaited Silver Lake restaurant. If thick-cut mortadella sandwiches, mackerel conserva and biodynamic Nebbiolo are your jam, then this is your kind of place. As a bonus, expect brunch to debut in the next couple weeks.

8. Commissary
Roy Choi’s rooftop greenhouse restaurant is open for business at Koreatown’s The Line Hotel. Serving vegetable-focused dishes and cocktails, Choi has dubbed the the poolside, garden-themed eatery as “a country club for the public.” The space should be a fine compliment to POT, Lobby Bar, and CaFe a.k.a. The Line’s other eclectic food and beverage outlets.

10. The Anchor
Armed with truffle-topped lobster rolls, fresh oysters, and Basque-style braised mussels with chorizo, this nautical-themed bar and restaurant hopes to bring a dash of East Coast attitude to Venice’s Main Street. Grab a seat on the large outdoor patio, festooned with strings of lights, and enjoy a glass of wine and craft beer alongside laid-back locals.