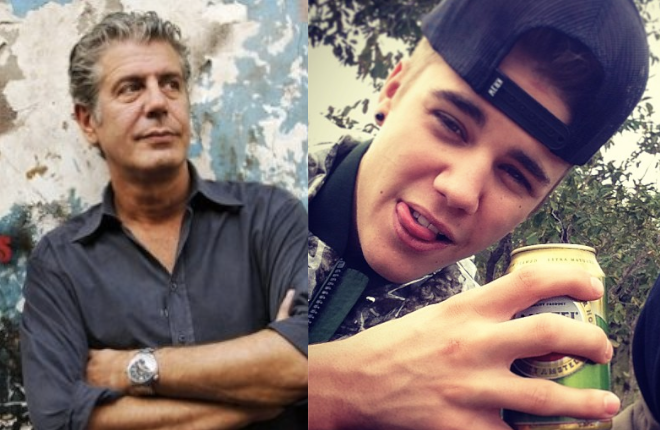 So, apparently, earlier this year, some punk decided to pee in a New York restaurant kitchen’s mop bucket. There are three things that are notable about this:

1) The punk in question was Justin Bieber.

2) This episode was caught on tape.

3) Anthony Bourdain has seen it.

The chef should have put his foot up this young punk’s ass: http://t.co/JyqSNoEKEP “My dishwasher ain’t cleaning that up, squirrel balls!

In a preemptive strike, I plan to tell my daughter that Justin Beiber tortures puppies. http://t.co/JyqSNoEKEP

Looking forward to seeing him open for Menudo at the State Fair— in about ten years. http://t.co/FjPfgSelET

Please, for The Love of God, Break Down the Taylor Swift-Scooter Braun Drama for Me

Places to Spot Celebrities in L.A. Without Making It Weird