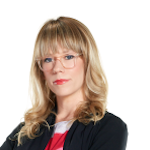 Tonight, Top Chef Masters premieres on Bravo, and we’re going to be watching. Not only because two top L.A. chefs are competing (Neil Fraser and Sang Yoon). Not only because we’re David Burke fans (have you had a cheesecake lollipop?!). And not only because that hunky Australian dude with the spiky blond hair—ahm, Curtis Stone—is hosting.

No, we’ll be watching because Los Angeles magazine Dine Editor, Lesley Bargar Suter, is one of this season’s judges. With a palate that is just as sharp as her wit, we’re sure she’ll be entertaining to watch. But she’s a quick study too, and we’re looking forward to watching her make the cheftestants shake in their Birkenstocks.

A few questions for the judicious, bad ass editor:

What was it like to be on the show? “I’ve watched Top Chef since the beginning, and going from sitting in front of the TV to sitting at that table is surreal to say the least… Sitting next to Curtis Stone helped smooth the transition though…”
Were you nervous? “It’s tricky because you have these two mixed motivations: On the one hand you want to say things that are exciting, easy to understand, and lively—the stuff that makes for great TV.  On the other hand, that’s Ruth Reichl sitting in front of you…better say something smart. I think that finding the middle ground got easier for me as the season went on.”
What happens in the first episode of Season 5? “I don’t think I’m spilling any secrets to say that the first episode involves skydiving. Now, you tell me what’s more intimidating: jumping out of an airplane or talking about food in front of Ruth Reichl, Francis Lam, James Oseland, Gail Simmons, and Curtis Stone?”