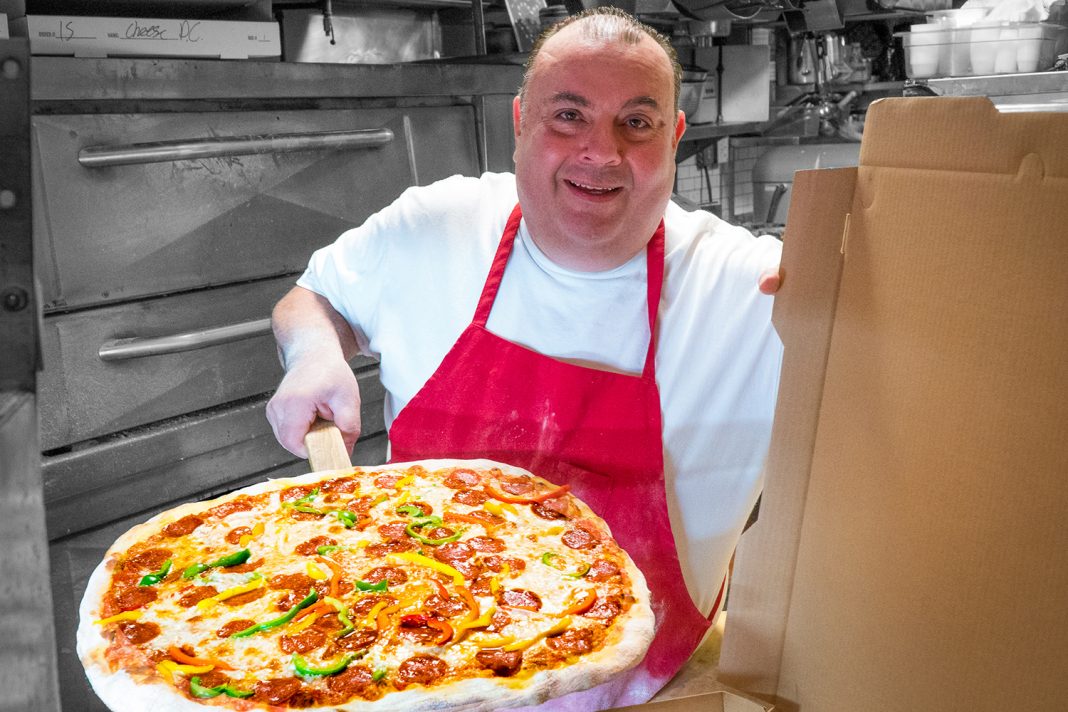 Over the years, Vito Di Donato says he’s been robbed, stalked, and even shot at by those who want the recipes for his acclaimed pizza dough and sauce. But he’s refused to hand over the goods.

“You gotta kill me, and you still ain’t gonna get ’em!” Di Donato, 55, says with a laugh. If you want to eat his pizza, you’ve got to go to the source: the original Vito’s Pizza in West Hollywood and its Santa Monica and downtown offshoots. Thankfully his Beverly Grove kiosk at La Cienega Boulevard and Willoughby Avenue is expanding.

He’s taking over a large adjacent restaurant space that will accommodate 60 diners. Being small never discouraged celebrity traffic, however. “When Jay Leno hit number one [with The Tonight Show],” Vito says, “we delivered pies in boxes with his face to every major person in town. Now Brad Pitt comes in, Halle Berry, Dylan McDermott—we even had Leo DiCaprio a few weeks ago. Jimmy Kimmel orders all the time.”

What makes Vito’s pizza as desirable as any from Mozza or Spago? “Regular chefs are not pizza people,” he chuckles. Di Donato has even been asked to open a spot in Italy—by Italians—but he declined. “There’s only one of me,” he says. “Though I do eat a lot of pizza!”

RELATED: 7 Places in L.A. to Get Good New York-Style Pizza

How to Make Really, Really Good Pizza at Home, According to a Pro