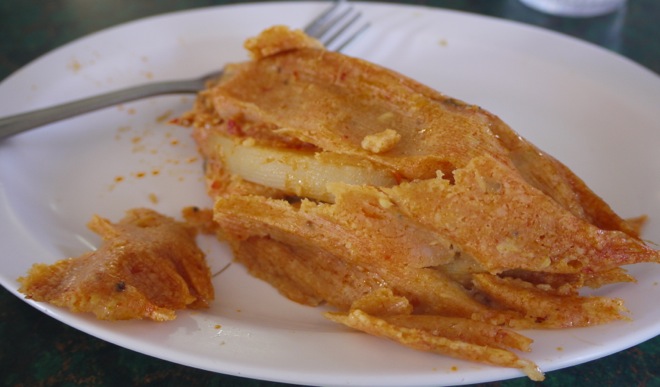 Sure, you can find restaurants that specialize in the style of seafood made in Sinaloa—a Northwestern Mexican state—in places that have sizeable Mexican-American populations like Chicago, New York, Houston, Dallas, Phoenix, San Diego, and San Francisco, but finding a full cenaduría (supper house) that features the typical cuisine of Sinaloa is far less common. Luckily, we have many here, and among the best is El Sinaloense in Huntington Park. It’s the kind of Mexican restaurant that separates Los Angeles from the other major metropolitan areas in the U.S., placing us on a whole other culinary level.

Northern-style corn husk-wrapped tamales are usually a letdown in L.A., often prepared without provenance. If pressed further, the street vendors will shrug and say, “They’re just tamales.” And usually accompanying that shrug will be dry, bland tamales that—while filling—leave you disappointed for having carbo-loaded in vain.

These are available year around ($18 per dozen), but I thought I’d remind you that the holiday tamale time of year is upon us. (More on that next week…)