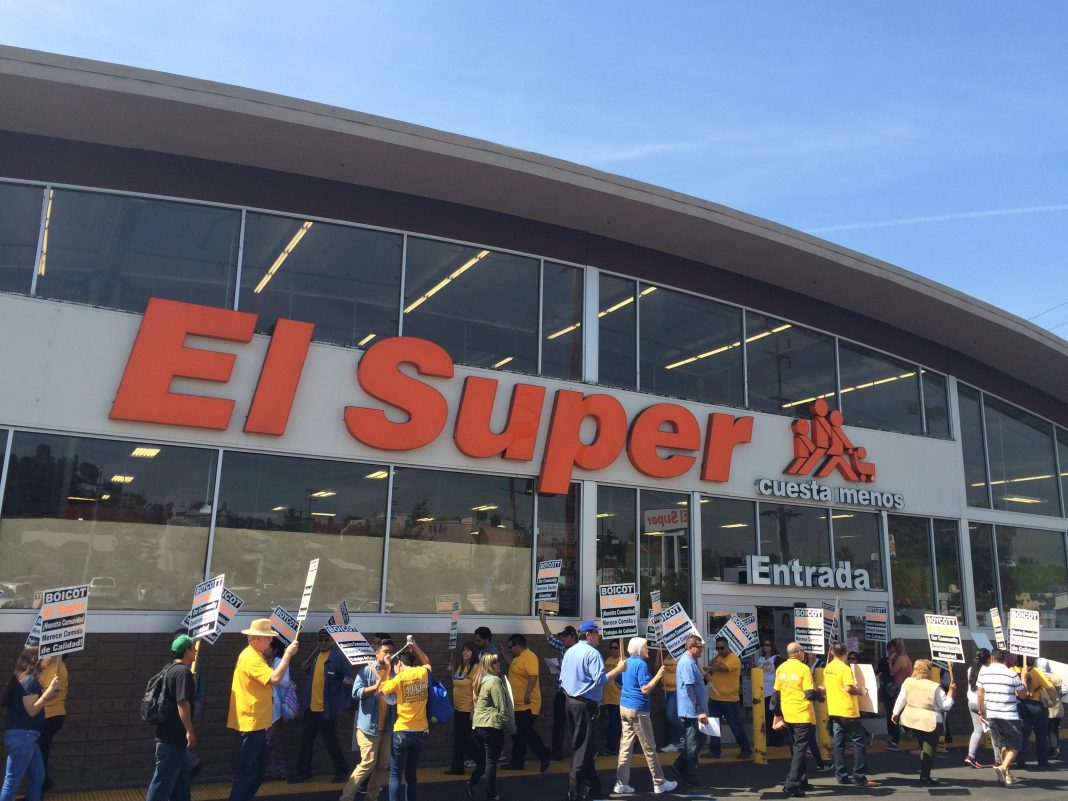 Tonight’s Taste of Boyle Heights marks the fourth year of the community event, which features local restaurants, street vendors, and live music. This year, there’s also a bit of controversy stirred into the mix. According to event organizer East L.A. Community Corporation (ELACC), all of the food vendors—Un Solo Sol, La Parilla, and Hello Lupe Pancakes are among the 10 scheduled to participate—have agreed to boycott El Super products for tonight’s service. Some will also be posting this sign to their tables and booths.

Protests against the Paramount-based Latino grocery chain, which has 15 stores in Los Angeles County and many more throughout Southern California, started back in December when picketers (including some El Super employees, community activists, and members of United Food and Commercial Workers International Local 770) took to the front of El Super’s Highland Park location on York Boulevard with a list of complaints, including allegations of workers’ rights and food safety violations.

In February of 2014, NBC’s local affiliate reported on its own findings, which confirmed some of those cited by an independent investigation done by ELACC and the Consumer Federation of California. NBC turned up expired meat and dairy products at each of the three locations they surveyed. In the same report, it was confirmed that El Super stores had received “A” ratings in all but one occurrence when they received a “B.”

For its part, El Super says that that the company “monitors for, and rotates or replaces, any product that is nearing its expiration, destroying expired or damaged” goods. They also insist that they perform regular food safety and quality audits.

According to a press releases from Justice for El Super Workers, the continuing boycott has been joined by over 100 community organizations, 18 neighborhood councils, and three city governments. Tonight’s Taste of Boyle Heights is the latest demonstration of support for the boycott.

“We are excited to see vendors and restaurants support the boycott,” says Isela C. Gracian, president of ELACC. “It’s important that El Super realizes there are repercussions. Companies can’t just come into neighborhoods and disrespect low-income families and put their health at risk just because they are working class.”

El Super’s had this response: “While we respect the right of any group to express its opinions, this boycott and related misinformation campaign are part of a misguided attempt by the United Food and Commercial Workers (UFCW) to pressure El Super into contract negotiations that have already been resolved. Our current contract with the UFCW, which was implemented in September 2014, will not expire until 2019.  This boycott serves only to disturb our customers and harm the livelihood of our dedicated employees and their families.”

Will a Hollywood Boycott of Georgia Help or Hurt the Cause of Reproductive Rights?