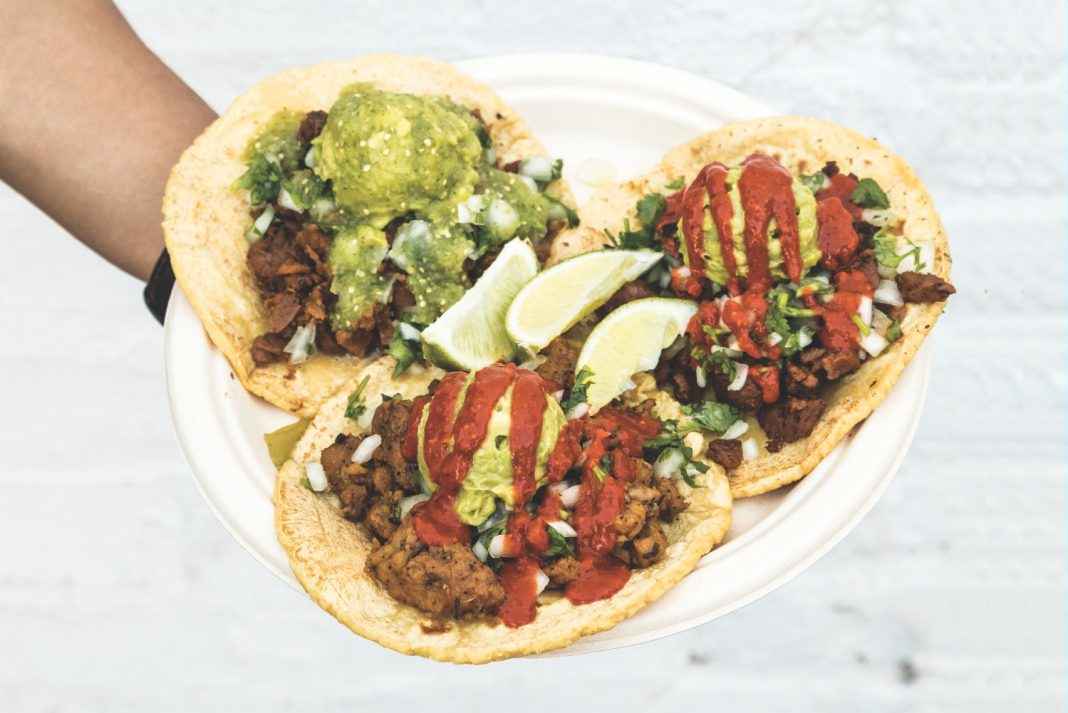 You can’t miss the crowds. Around dusk most evenings, young Angelenos start to spill from bars, cafés, and shops along the main drag of York Boulevard in Highland Park, queuing up at street food vendors scattered along the sidewalks. Between local spots like Donut Friend and Block Party, taqueros serve sizzling asada under glowing string lights. Other stands offer rich stewed moles or hefty nacho boats painted with chipotle crema. Varied as it appears, the food here has one thing in common: It’s all vegan.

L.A. has long been an epicenter for both meatless options and Latino cuisine, but mixing the two? Not so much. Yet what began as a handful of pop-ups in Highland Park over the past few years has grown into a grassroots Latino movement, one focused on accessible plant-based cooking. 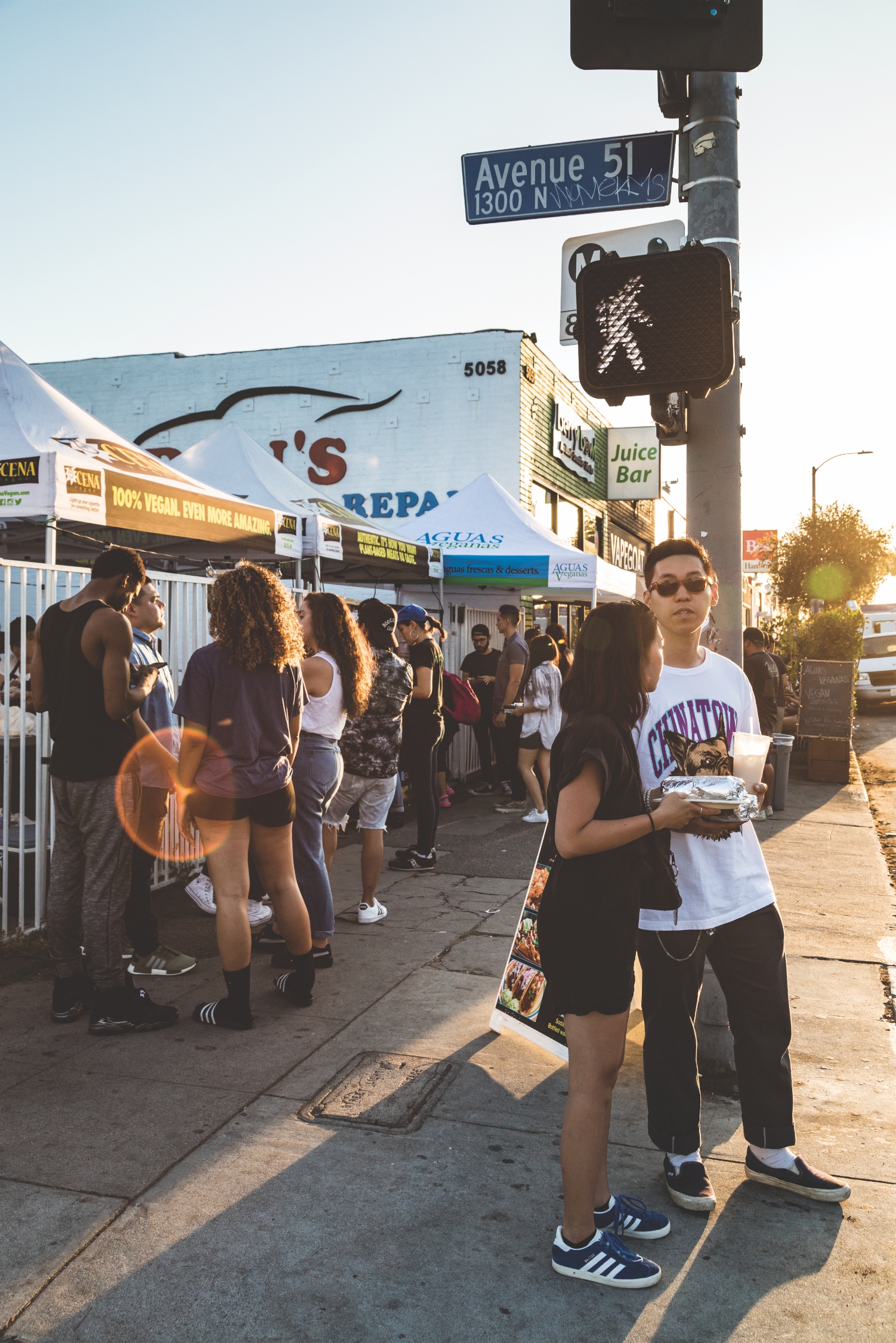 One of the scene’s more popular vendors, Cena Vegan, is a pop-up specializing in dishes like tofu skin barbacoa and seitan al pastor. Carmen Santillan, along with her husband Mike Simms and friend Gary Huerta, launched the concept in 2015. “As vegans, we would drive by and see the cena,” says Santillan, referring to nighttime taco stands common throughout L.A. “I thought, ‘That’s something we’re never going to have, to stand on the corner and have a taco.’ We’re happy being vegan, but it was something I missed.”

The shifting tastes are a welcome change for vendors like David and Delmy Ramirez, who operate a Salvadorean pupusa cart that offers fillings like stewed frijoles, squash blossoms, and Follow Your Heart brand vegan cheese. The couple originally sold more traditional chicharrón-filled pupusas. “But on this street, there’s so many vegan people,” David Ramirez says, “those flavors didn’t sell.” Following in the footsteps of vendors like Cena Vegan, they decided to roll out an entirely meat-free menu. These days, they can’t imagine going back.

“A lot of times what [vegan] companies do is they add cumin, and they call it Mexican food,” Huerta says. “But there’s a lot of layering that goes into the food we grew up with. Having those traditional flavors again, it’s like an epiphany.”

RELATED: The 11 Best Coffee Shops In and Around Highland Park