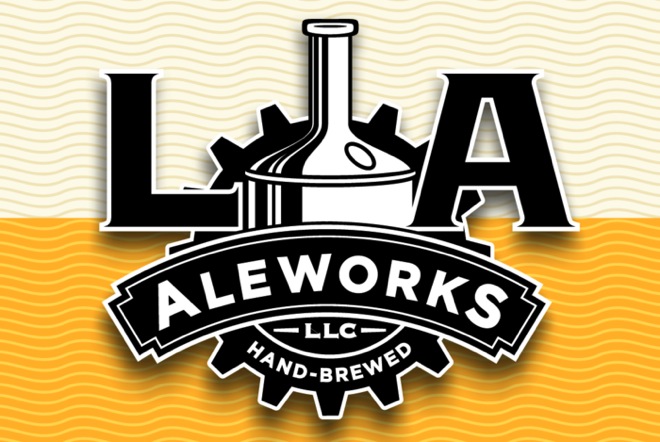 If you’ve made it out to your share of craft beer bars, events, or festivals, chances are you’ve seen the guys behind Los Angeles Ale Works and Cosmic Brewery. Both fledgling craft breweries have taken the bold step of going from homebrewing to contract brewing (i.e. brewing their beer at an existing brewery), but now they’re making the next bold leap into the entrepreneurial unknown by crowdsourcing funds on Kickstarter to get their own facilities and their own equipment.

Los Angeles Ale Works is the brewchild of local beer bloggers Kristofor “Kip” Barnes and John Rockwell, who help head up bierkast.com, a great site that is truly champions the SoCal beer scene. The LAAW beer line-up is set to include a variety of styles, plus some more ambitious items, like an artisan black rice sake and a non-alcoholic Thai tea soda for the awesome folks that lose at rock, paper, scissors volunteer to be the designated driver. If you want to sample their delicious wares, their award-winning Gams-Bart Roggenbier (a hearty German-style beer made with rye) will be making its debut at several spots around town over the next few weeks: Beer Belly* (Koreatown) on 2/23, City Tavern (Culver City) on 2/24, and Far Bar (Little Tokyo) on 3/1. (Full details here.)

Cosmic Brewery comes to us from “Cosmo” Christopher Briles, who wants to open his facility as a small nanobrewery in the vicinity of Marina del Rey / Playa Vista. His “Hell Hound Brown” and “Cosmonaut California Blonde Ale” can often be found at local craft beer bars and bottle shops throughout Los Angeles County. While Cosmo’s been brewing and peddling his goods for around two years, this next step will undoubtedly up Cosmic Ales’ presence.

* Speaking of Beer Belly, they’re actually running a similar fundraising campaign on Indiegogo to help crowdsource moolah for their patio expansion, with some nifty perks thrown in for supporters.

Disclosure: I’ve personally contributed to all three campaigns listed here because I like them and think they’re cool. That said, should their funding be successful, I will receive the “perks” associated with my donation amount that are listed on each campaign page, just as any other backer would.