Home Uncategorized So, Twinkies Stuffing is a Thing… 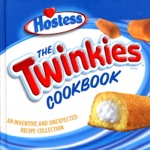 Last week, you’ll recall we reported that Hostess had declared bankcruptcy and would be liquidating its assets following irreconciliable differences with the labor union. But in doing so, they didn’t seem to realize how vociferously folks would react when they learned they’d be stripped of their favorite Frankenfood baked delicacy: the Twinkie.

Pandemonium ensued, and people rushed out like crazed addicts in need of one more “cream”-filled fix before the shelves would be forever void of this culinary atrocity spongy snack. Turns out, the bankruptcy judge wasn’t about to allow it to go down like this, and has asked the folks at Hostess to go back to the negotiating table with the union folks and try to find a common ground.

So, maybe there’s hope for the Twinkie to live on forever? (Not literally, of course. Contrary to popular belief, Twinkies do actually have an expiration date.) If you were one of those folks who ditched work to fill a shopping cart in preparation for the impending Twinkiegeddon, it looks like there’s no more need to stockpile and hoard. Want a festive way to use up several before they pass their prime? (Hope you didn’t spend $1,000 on them.) How about this recipe for Twinkling Turkey? It’s a Thanksgiving stuffing made from Twinkies, straight from the pages of The Twinkies Cookbook. And yes, that’s actually a thing.

Remove the muffins from the oven and allow to cool on a wire rack. Preheat the oven to 350°F.

Scrape the creme-filling out of the Twinkies with a small spoon and reserve in small bowl.

Cut the Twinkie pastry into cubes and spread in a single layer on a baking sheet. Bake for 8 to 10 minutes, until lightly toasted. Remove from oven and allow to cool completely. Decrease the oven temperature to 325°F.

Rinse the turkey. Crumble muffins into a bowl, add the apple and toasted Twinkies and mix lightly. Loosely stuff the mixture into the turkey and truss the legs. Place the turkey, breast side up, on a rack set in a roasting pan. Roast the turkey for 12 to 15 minutes per pound, until the thigh temperature reaches 175 to 180°F and the juices run clear.

In a small bowl, combine the honey with the reserved creme filling and mix well. Brush the turkey with the honey mixture during the last ten to fifteen minutes of roasting time.

Remove the turkey from the oven and let stand for 20 minutes before carving.