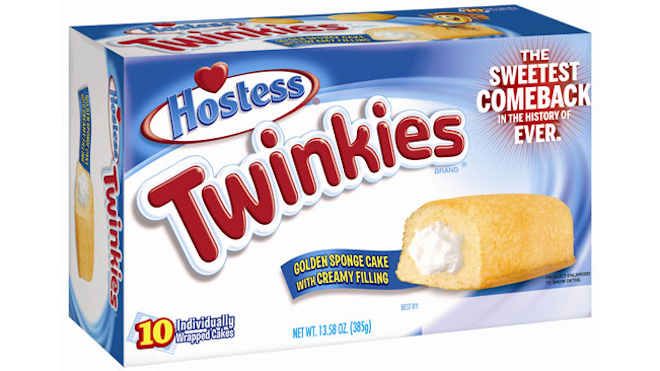 Though it’s neither as charming as a cupcake nor as tasty as a jelly donut, the Twinkie remains one of America’s favorite snacks. When news broke, last October, of the artifically flavored snackcake’s impending doom, all kinds of sugar-fueled hell broke loose. There were eBay bidding wars.  People started making turkey stuffing out of Twinkies. And then there was that $1,000 listing on craigslist.

Perhaps as a way to quell the mass discontent (and, at the same time, turn a profit) this week, Hostess announced that it was bringing the Twinkie back. On July 15, boxes and individual bags of Twinkies will once again grace the shelves of grocery and convenience stores across the country. Over a billion dollars went into bringing Hostess’ operations back. And some marketing person is excited because they got to print this ready-to-go-viral phrase on every box: “The Sweetest Comeback In The History Of Ever.”

The Jerk would be proud.