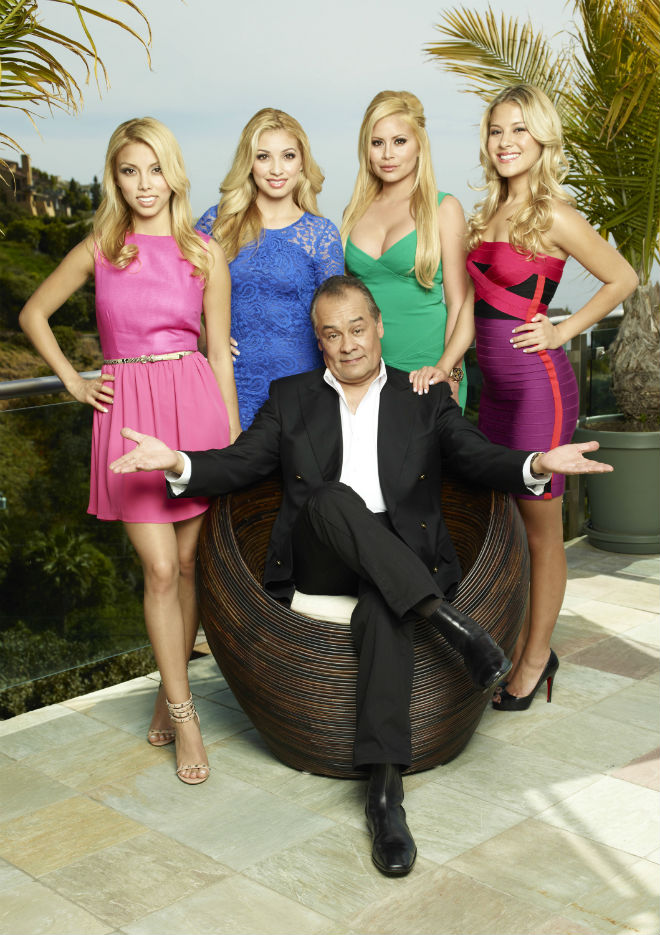 In this, our year of the taco, when Mexican cuisine, spirits, and culture is trending worldwide, it only makes sense that first generation Mexican-Americans have their own reality show. TVGN’s Tequila Sisters, which debuted on December 10, has all of the drama and cattiness that we’ve come to expect in reality shows—it seems we can’t get enough of it. But it also accurately portrays the challenges of acculturation between Mexican-born parents Bill and Lori Marin, and their first generation Mexican-American daughters: Jen, Lauren, Jackie, and Catherine.

I tracked down the Marin Sisters to talk about their show, their mom’ s amazing chiles rellenos with cheese, the legendary beauty of the women from Hermosillo, Sonora (their mom is from Hermosillo), their favorite tequilas, and the traditional Mexican family values we’ll be seeing on future episodes of Tequila Sisters.

Bill Marin is a tequila importer, most known for the high-end tequila Don Fermin (NOM 1489) from the Leyros distillery in Tequila, Jalisco. His daughters are following their father into the business and will be launching their own brand, Stiletto tequila, in early 2014. They are looking to market to women, but, it’s still tequila: strong enough for a man, but made for a woman?

What are your favorite tequilas?

Catherine: I drink tequila—whatever is in front of me. You’re going to see lots of tequila in the show. We love it—it’s our tradition.

The family eats dinner together every night. Sometimes Bill makes his enchiladas verdes, other nights Lori makes her chiles rellenos. “Mom cooks every night,” notes Jackie, “we are close knit, traditional, and feel we are the new norm as first generation Mexican-Americans—we are proud of our heritage.”  They recently hosted a press event at a taco truck where they gave away free tacos.

This will be the first reality show to give the American public a glimpse into the everyday relationships of a well-to-do traditional Mexican family. That dynamic is something that, up until now, has been only shown in Mexico. The girls don’t speak Spanish, and think some people might not think of them as “true Mexicans,” but if you’ve ever been to Hermosillo, Sonora, you’d recognize the Marin sisters’ striking beauty as 100% sonorense.

The tequila will flow for the remainder of the eight episode season, as the Marin family struggles to stay together. The Tequila Sisters are in their 20s, and are itching for a piece of the American Dream (for some Mexican-Americans, it’s all about being able to get your own pad!). So when it seems that they can’t stand the sight of each other, and that all they do is argue, don’t worry, this is a Mexican family: we show how much we love each other by driving each other crazy.