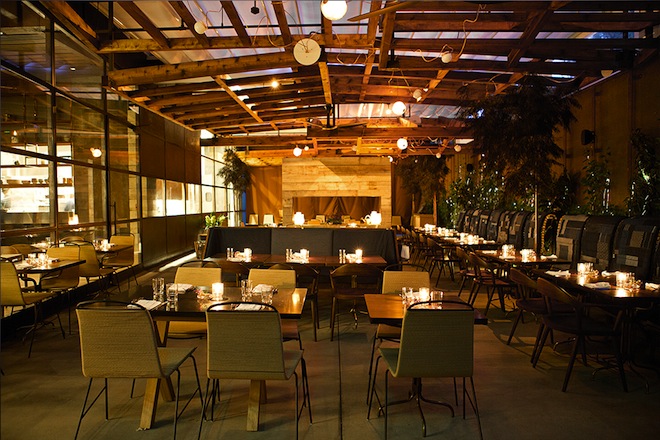 Photograph courtesy of Hinoki & the Bird

Esquire today released their list of the best new restaurants of 2013. Esquire Food and Travel Correspondent John Mariani has chosen three of L.A.’s own to grace the national list.

We called Paiche out in this year’s Best of L.A. issue for having one of the city’s best mocktails. But keep in mind that the food is top notch too. As we noted in June, Zarate’s “elaborate “sa-shimi-style” ceviches rival the visual artistry of a practiced itamae.”

Our restaurant critic, Patric Kuh, reviewed Hinoki & the Bird earlier this year in “Urban Roost” and wrote, among other gentle notions, “The barbecued pork neck—its caramelized edges evoking some diabolically good version of tonkatsu—calls for steamed mustard greens to provide herbal acidity. Japan’s passion for root vegetables (often pickled) gets expressed in pureed pumpkin dabbed on toast. All undulating rises and hollows, the rough, golden schmear presents the ideal platform for receiving a potent miso jam and dollops of chèvre, which bring everything into focus.”

And as for Trois Mec? Kuh gave the restaurant a full four stars in the magazine last month.