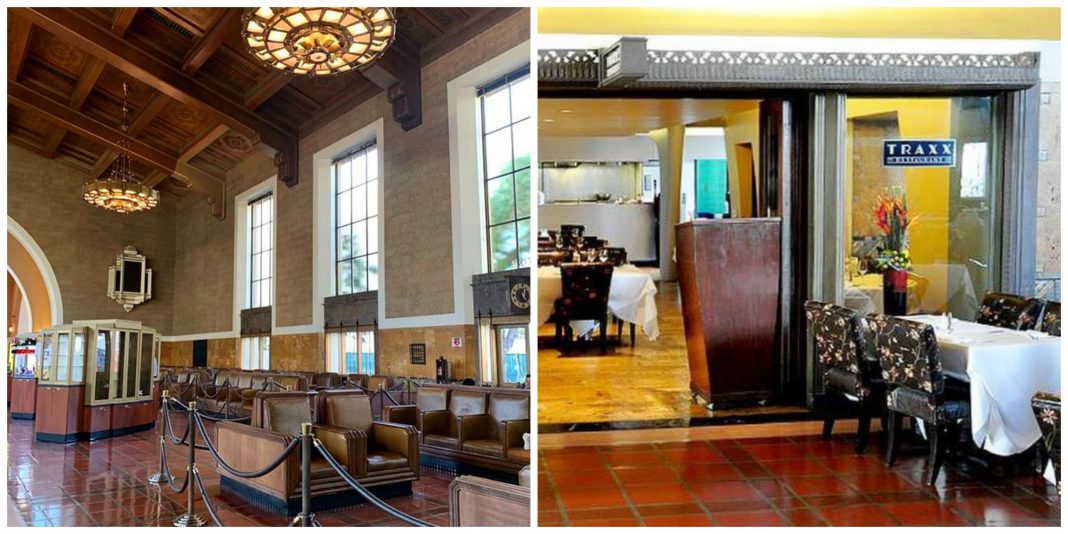 Traxx has shuttered after 22 years of offering food and drinks to weary Union Station travelers. The restaurant’s lease was set to continue through next year, but ownership decided to shutter, citing competition from newer concepts in the station.

Opened in 1997, Traxx preserved some of the Art Deco architecture and signage of the space, but the interior lacks the drama of the far larger Imperial Western Beer Company, which opened last year. While Imperial Western brought renewed foot traffic to the station as a drinking and dining destination, Traxx owner Tara Thomas felt her business was being siphoned off by the new arrival.

“I saw the writing on the wall. There are only a certain number of cocktails you can sell in your site plan,” Thomas told the Los Angeles Times.

Thomas’ staff had observed the change as well, particularly in recent months. “It’s a younger market now,” Traxx server Paul Kanemitsu told the Times. “They want to drink and hang out in a cool place.”

The closure comes just as Union Station gears up to celebrate its 80th anniversary. On May 3 and 4, the station will host a program of live music, art exhibitions, a local vendor marketplace, and architecture tours of the building.