Home Uncategorized Trader Joe’s Is Selling a $1 Can of Wine Because Only TJ’s... 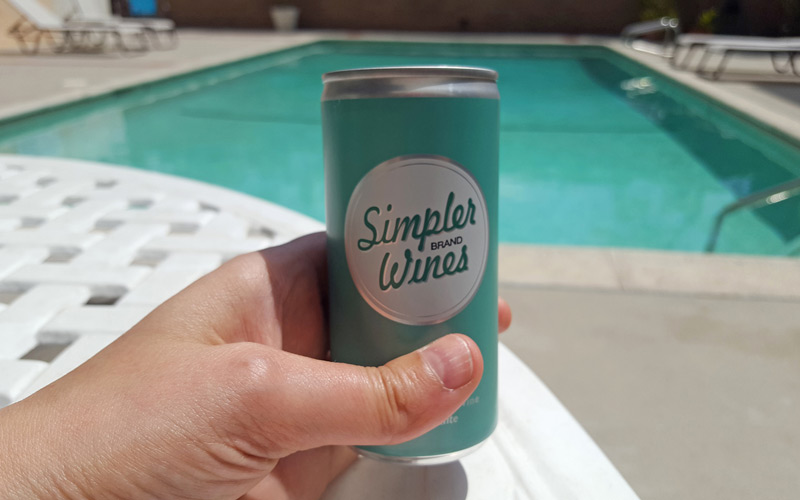 Trader Joe’s has been selling canned wine for a while, but individual cans of Underwood are $4.99 a pop, which is a tad much for those of us who prefer to spend that much or a little more on a whole bottle. In exciting news for price-conscious outdoor wine drinkers, Trader Joe’s recently launched a new canned wine. It’s called Simpler Wines, and a four-pack of six-ounce cans is $3.99.

TJ’s describes the white as having “notes of juicy honeydew and fresh cut herbs,” while the rosé has “elegant, mineral notes and red fruit flavors.” Both wines are described as “delightfully quaffable.” (I quaffed the white, and I agree. It quaffed nicely.) Simpler Wines arrives just in time for a new season of picnics, cemetery movies and Hollywood Bowl shows, but they’re selling out fast in Southern California. Staff at several Trader Joe’s locations said the wines were already out of stock, and that they wouldn’t have more until early to mid-June. If they’re sold out at your local Trader Joe’s, check the store on Sunset and Crescent Heights in West Hollywood. Both the white and rosé varieties were available there today.

RELATED: Why Do People Love Trader Joe’s So Much?