Home Uncategorized Top Chef 10: Tom’s A Brunette and Nine Other Things We Learned... 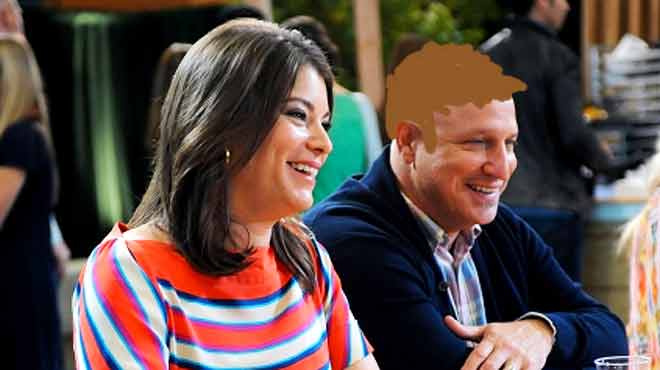 That’s what Josh’s favorite T-shirt keeps trying to tell us, anyway. That thing makes a cameo every episode. Too bad it’s wrong.

The flashback photo from Tom’s days working with Danny Meyer revealed the head judge as a robust brunette. If you’ve ever wondered what 3 million bear-lovers squealing sounds like, that was it.

8. Gail has a champion eye-roll

And boy did we see it last night. We like your sass, lady.

Spent your 17th birthday at Spago, eh? So, then what did you do for your sweet 16?

And she’s back! For this episode anyway, acting as professional fish slicer and pepper prepper for the remaining contestants. According to the last-last-last chance competition, Save A Chef (seriously, can’t anyone just go home anymore?), the public agrees with us. She beat John (surprise) by a wide margin.

5. Brooke has never been to the Gorbals

Either that or she’s totally ripping off former Top Chef winner Ilan Hall’s downtown restaurant concept. Her “un-Kosher” idea with challa ham sandwiches and the like sounds a lot like the Gorbals’ bacon-wrapped matzo balls, does it not?

4. We totally get Micah now

Raw food! Thaaaaat’s it. We knew something was a little funny about this guy and his enthusiasm for the raw diet explains it. Nothing against raw food as a philosophy, but it does put the guy in context.

3. Tom isn’t so much into the raw food movement

The look on Colicchio’s face as Micah explains his raw dish was exactly like watching someone sniff a carton of milk to see if it’s gone bad—and it has. Real bad.

2. Wolfgang can drop the hammer

Puck basically body-slammed Sheldon for what he called a “cheap Chinese” dish. We like this side of the ever-smiling L.A. culinary icon. But it looks like Sheldon got the last laugh—his Filipino restaurant will battle against Kristen’s formal French spot in next week’s restaurant wars.

Using a CO2-charged whipped cream dispenser as a mini-pressure cooker during the Quickfire challenge was straight baller. We don’t know if she made this up, but we’re totally trying this at home.